The U.S. Conference of Catholic Bishops voted against requesting the release of Vatican records on former Cardinal Theodore McCarrick Wednesday, sparking outrage among the laity.

The bishops voted 83 to 137 against demanding the release of Vatican documents concerning the disgraced McCarrick during a meeting mired in confusion by a last-minute Vatican order to halt the adoption of reforms addressing the church’s sex abuse crisis. Several bishops proposed taking a strong stance against McCarrick as a gesture of solidarity with those demanding justice for his alleged abuses of seminarians and boys. (RELATED: Cardinal Cupich Claims Some Clerical Offenses Were Consensual Sex Between Adults And Should Be Handled Differently)

They ultimately took no action on the grounds that the resolution demanding the release of the documents was too vague and redundant since Pope Francis had already pledged an investigation of records concerning McCarrick.

“Be it resolved that the bishops of the USCCB encourage the Holy Father to release all the documentation that can be released consistent with canon and civil law regarding the misconduct of Archbishop McCarrick,” read the original wording of the resolution that the bishops voted down, according to Catholic News Agency.

Bishops just voted against a proposed resolution encouraging the Vatican to release documents related to allegations against Archbishop McCarrick. Arguments in support was a nod toward transparency; against said the Vatican has already pledged to do this. #usccb18

The bishops’ debate over what action to take concerning McCarrick was reportedly mired in confusion and disagreement over the semantics of the resolution. They even debated whether or not they should include the word “soon” in the resolution. 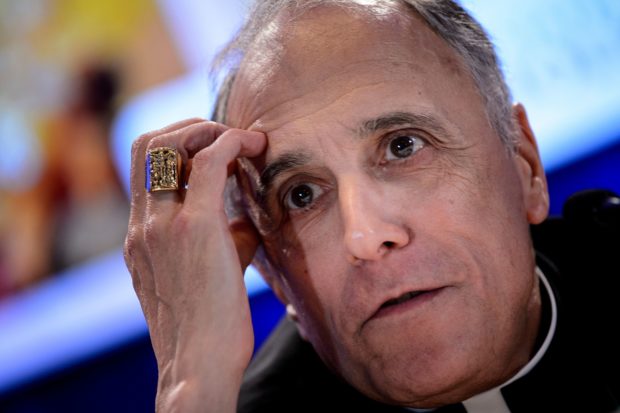 Galveston-Houston Cardinal Daniel DiNardo, President of the USCCB General Assembly, listens during a press conference at the annual US Conference of Catholic Bishops November 12, 2018 in Baltimore, Maryland. (BRENDAN SMIALOWSKI/AFP/Getty Images)

“We cannot seem to speak clearly, even when we want to agree,” one bishop told CNA.

Cardinal Blase Cupich reportedly opposed the resolution, saying it was asking the Vatican to do what it had already pledged to do.

Others, like Bishops David Walkowiak and Steven Biegler, argued the resolution was too uninformed or biased against McCarrick.

“There are only two reasons to oppose asking the Vatican to release its records on Cdl. McCarrick,” Hichborn wrote in a statement to The Daily Caller News Foundation. “Those bishops who voted against are either afraid that the records will implicate them in some way, or they are so afraid of Pope Francis that they are not willing to even appear to oppose him.”

Hichborn noted the vote did not bar bishops from making individual requests to the Vatican for a release of the records, but that whichever bishops do so will not have the anonymity of a conference resolution.

“In this war for the very soul of the Church, it will take real men of indomitable courage to be willing to stand alone, in self-sacrifice, to boldly proclaim the uncomfortable truths,” he added.