House Democrats are calling for an investigation into Ivanka Trump’s use of her personal email after a report broke Monday night that she used it hundreds of times to conduct government business and schedule meetings in the beginning months of the administration.

House Oversight Committee chairman Elijah Cummings said the committee plans to investigate whether Trump and other members of the Trump administration are following federal laws, calling for a bipartisan investigation.

“We launched a bipartisan investigation last year into White House officials’ use of private email accounts for official business, but the White House never gave us the information we requested,” Cummings said in a Tuesday statement. “We need those documents to ensure that Ivanka Trump, Jared Kushner, and other officials are complying with federal records laws and there is a complete record of the activities of this Administration.”

Republicans have said it is likely Democrats will continue to spend time investigating this incident, while continuing to probe into Trump’s 2016 presidential campaign.

“Congress has broad oversight powers over the executive and House or Senate Democrats could open an investigation into Ivanka Trump’s emails,” Rachel Bovard, Director of policy at the Conservative Partnership told The Daily Caller News Foundation.

“At a minimum, Ivanka’s emails may be subject to a FOIA request, which can be made by private citizens,” Bovard continued.

Other Republicans say Democrats will no doubt use their investigative powers to make a big deal out of this, as they believe the Russia probe will not produce evidence that would hurt Trump in anyway. (RELATED: Ivanka’s Private Emails Contained Government Business, Schedules)

A Democratic aide told The Hill Tuesday that the House Oversight and Government Reform Committee is planning “to continue our investigation of the presidential records act and federal records act, and we want to know if Ivanka complied with the law.” However, Republicans have continued to push back.

“Democrats know this doesn’t come anywhere close to Hillary Clinton’s lawbreaking, but that won’t stop them from using their new investigative powers to conflate the issues and score revenge points against the president’s family. With the Russia probe going nowhere, Democrats know they need a new fake scandal to seize on,” a senior Republican Senate aide told TheDCNF. 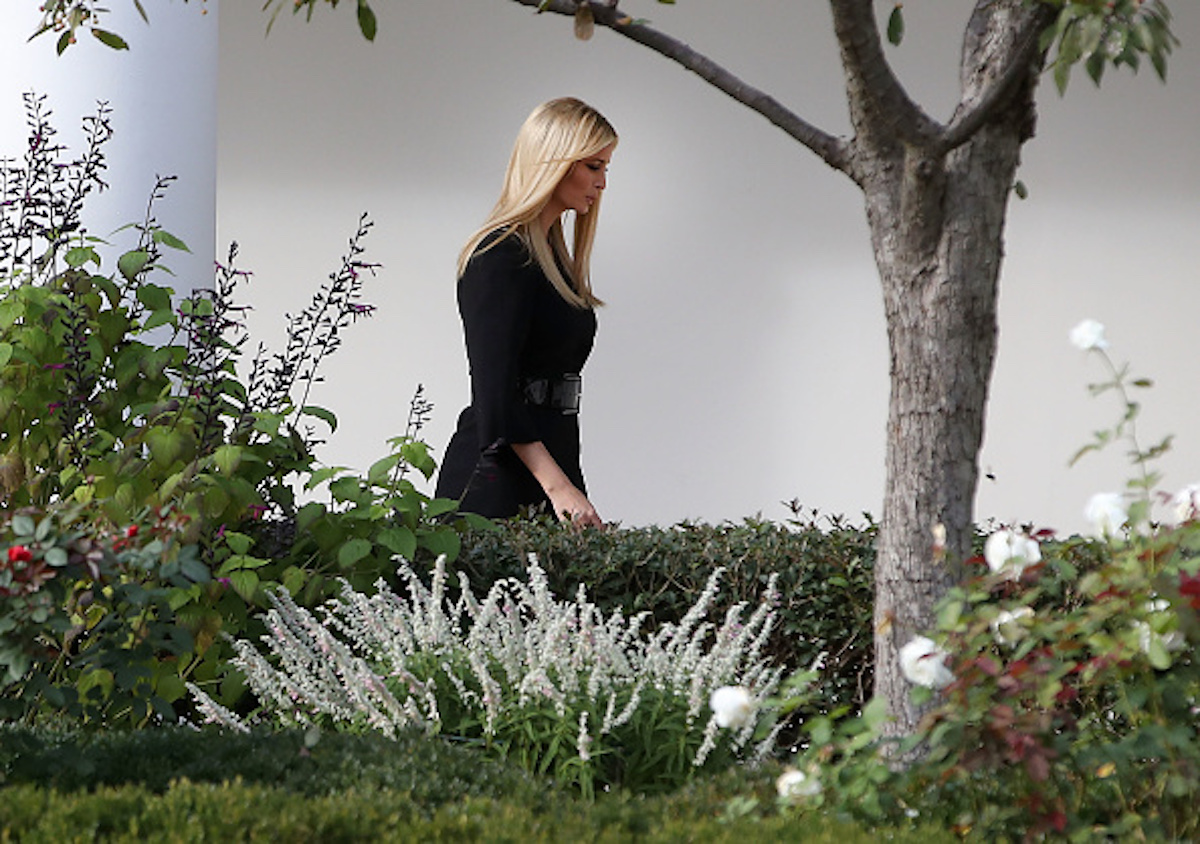 Ivanka Trump walks along the colonnade before watching President Trump depart on Marine One at the White House. (Photo by Mark Wilson/Getty Images)

“If the Democrats use their investigative powers to continue to persecute the Trump family, any chance at bipartisanship will be imperiled and the Democrats will look like the party that is focused on protests instead of fixing problems,” American Conservative Union chairman Matt Schlapp told TheDCNF.

“In addition, Secretary Clinton spent a lifetime at the top of government service, and as America’s chief diplomat knew everything she did was being watched by our enemies.  Shame on her for allowing China and North Korea to read her emails in her diplomatic role. And shame on her for breaking the law in destroying government property,” Schlapp continued. 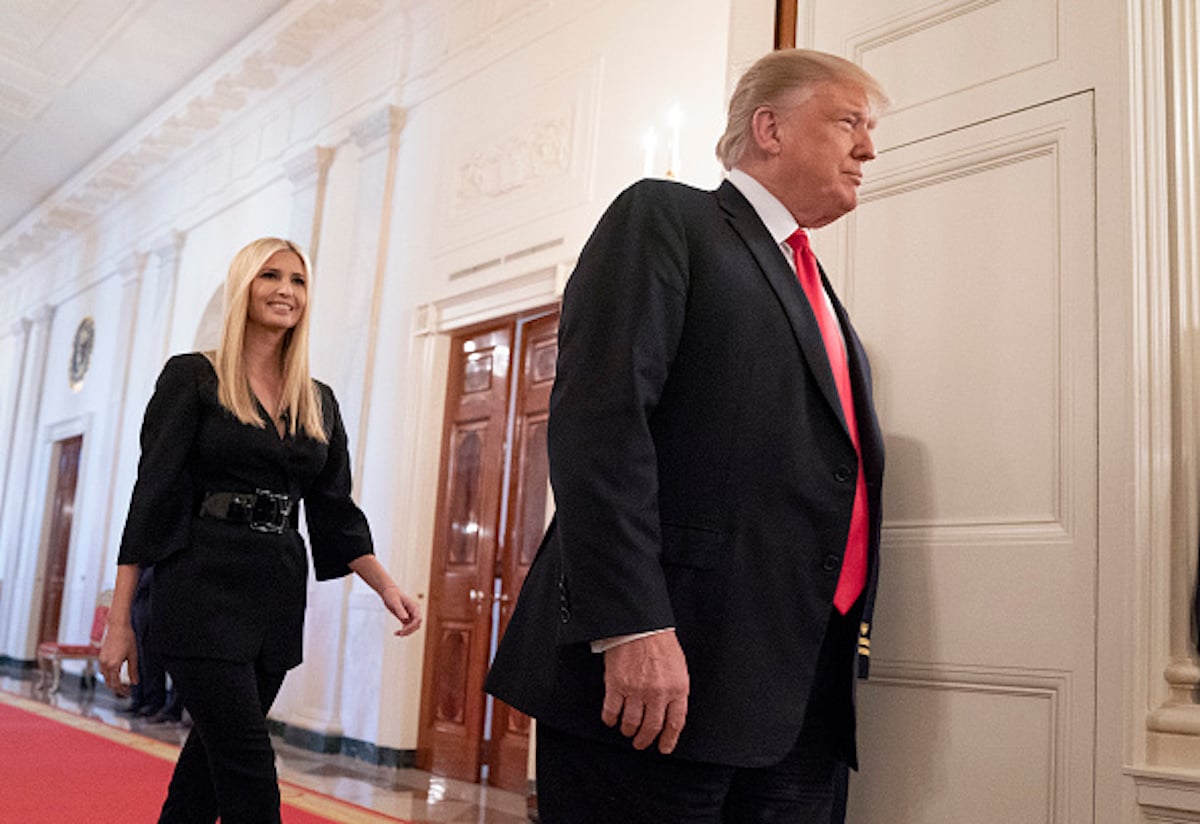 President Donald Trump and adviser Ivanka Trump arrive for the “Our Pledge to America’s Workers” event at The White House on October 31, 2018 in Washington, DC. (Photo by Chris Kleponis-Pool/Getty Images)