The head of the United Nations Environment is resigning from his position after swirling controversy over his air travel, which reportedly racked up hundreds of thousands of dollars and stained the legacy of the international agency, an audit found.

“As I have maintained throughout this process — I have been and remain — committed to doing what I believe to be in the best interest of UN Environment and the mission we are here to achieve,” said U.N. Environment chief Erik Solheim in a Tuesday statement. “For this reason, after deep reflection and in close consultation with the Secretary-General, I am stepping down as Executive Director of UN Environment.”

Solheim’s resignation comes after an audit from the U.N.’s Office of Internal Oversight Services, which uncovered ballooning travel expenses and a lack of proper documentation of travel logs.

Solheim, who became the U.N. Environment executive director in 2016, reportedly racked up a total of $488,518 over the course of two years, traveling for 529 out of 668 days. Despite leading an agency with the sole mission of improving the climate and reducing the world’s greenhouse gas emissions, Solheim did not appear to mind embarking on international flights — even for the shortest of occasions.

The audit noted one instance in which Solheim took “an eight-hour trip from Washington DC for a weekend in Paris, before taking another flight to New York [C]ity.”

The U.N. Environment did not follow protocol when it came to oversight and documentation of employee travel. When auditors asked for reports of the 596 trips taken by staff, the agency was not able to provide 210 mission reports and about 200 other reports were completed only after the request was made. Solheim’s flights were approved by an individual who reported directly to him — a violation of United Nations rules. (RELATED: OPINION: The UN Was Designed To Fail — And It Does)

Auditors concluded that Solheim’s behavior was “contrary to the ethos of carbon emission reduction.” 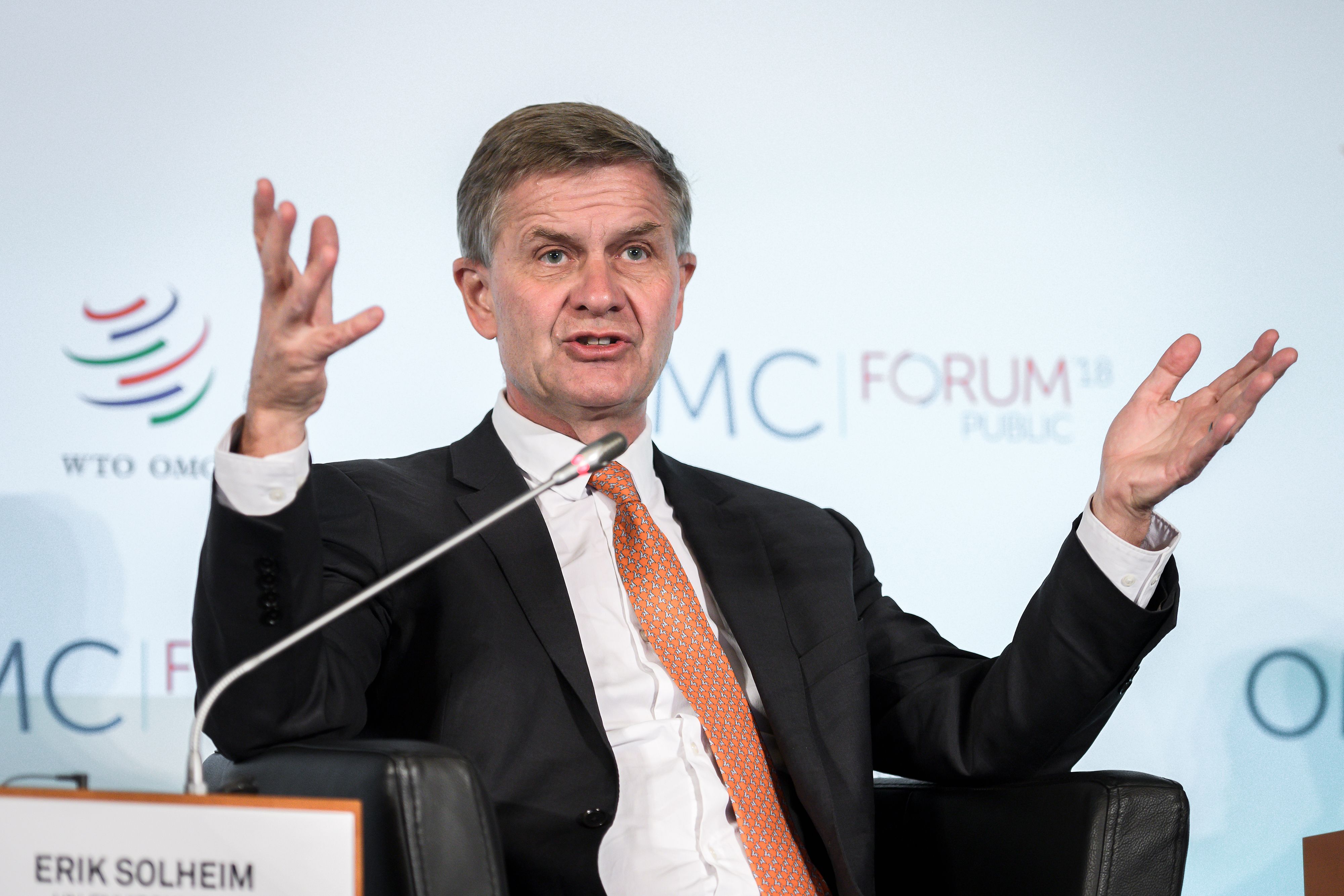 United Nations Under-Secretary-General for environment Erik Solheim speaks during the opening debate of the 2018 edition of the World Trade Organisation (WTO) public forum on sustainable trade, on October 2, 2018 at the WTO headquarters in Geneva. (Photo by Fabrice COFFRINI / AFP) (Photo credit should read FABRICE COFFRINI/AFP/Getty Images)

“I will remain a committed friend of UN Environment and to all the wonderful individuals and dedicated professionals with whom I have had the privilege to serve,” the outgoing U.N. Environment chief concluded in his statement.

Solheim — who served as a former environment minister in Norway before joining the U.N. — indicated that he reimbursed money where “instances of oversight” took place. His resignation will be effective Nov. 22.