Amber Heard opened up about the “skepticism” placed on women who speak out about domestic abuse — and she did so without mentioning allegations of abuse against her ex-Johnny Depp.

“When a woman comes forward, she will be met with skepticism, hostility, and shame,” the 32-year-old actress shared in an interview with Glamour magazine published Tuesday from the January issue. (RELATED: Johnny Depp Hitting Rock Bottom Involves Spending Tens Of Thousands Of Dollars On Alcohol)

“All a man has to do is point to an incentive,” she added. “He will. Or society will … My job provides me with a platform. Silence is complacency.”

Two years ago, Heard filed for divorce from Depp and was granted a temporary domestic violence restraining order against the actor following allegations of domestic abuse.

In 2017, the “Pirates of the Caribbean” star agreed to pay heard $7 million in the divorce settlement, which she promptly donated to the ACLU and the Children’s Hospital of Los Angeles.

Depp has denied any wrongdoing.

At one point in the piece, the “Aquaman” star talked about how she was moved to protest then-Supreme Court justice nominee-Brett Kavanaugh after listening to his alleged accuser, Christine Blasey Ford, explain the abuse she allegedly went through by Kavanaugh during a Senate Judiciary Committee hearing in September. 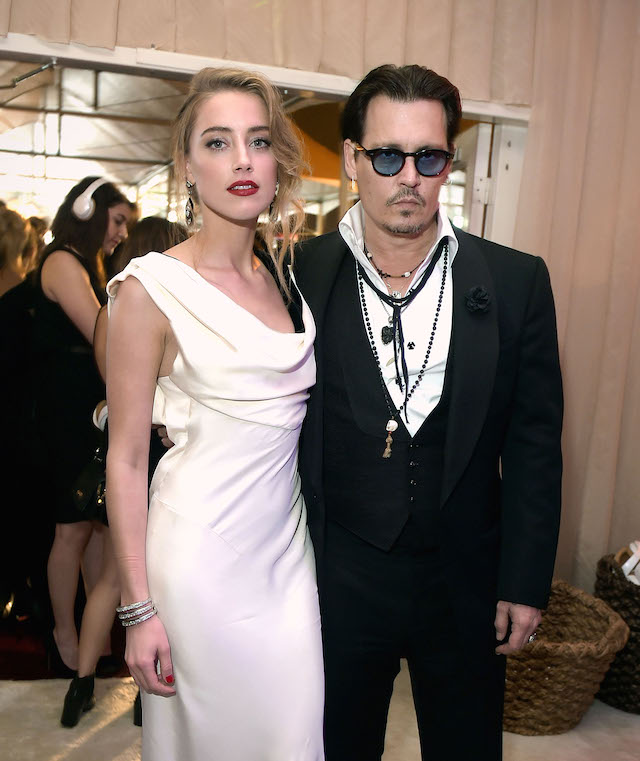 “I was in my hotel room in New York, and I was immediately nailed to the floor in a puddle of tears,” Heard explained. “We, as women, took a collective punch to the gut.”

The following week, she joined the Rise group to appeal to Arizona Sen. Jeff Flake. “It took a moment for him to realize I did not want a selfie with him,” the “Justice League” actress said. “I thanked him. I told him that in my life I have done the unpopular thing: go up against a powerful system. It takes grace and bravery; it can feel lonely and terrifying.”

In the upcoming issue, she also talked about using her sexuality and said she refused to apologize for landing roles because of her “feminine beauty.”

“I’ve done the best I could without the luxury of being picky,” Heard shared. “There’s an implicit apology expected of me for my participation in feminine beauty, but I can’t play into this false narrative that my sexuality is mutually exclusive from my power.”