Stanford University fraternity Sigma Chi had a unique response to an administration official who said their American flag was “offensive, intimidating, aggressive or alienating.”

After receiving said criticism, the fraternity decided to hang a much bigger flag outside their house.

The story emerged from student newspaper “The Stanford Review,” which detailed an administration official — called “Mr. Z” in the report — advising a troubled fraternity last year on how to comply better with university policies.

A Police Officer stands in from of an American flag raised in honor of Sgt. Ron Helus at The Calvary Community Church for memorial service in his honor on November 15, 2018 in Westlake Village, California. Sgt. Helus was killed in a mass shooting at the Borderline Bar and Grill in Thousand Oaks, California on November 7. (Barbara Davidson/Getty Images)

According to the report, the Stanford admin official asked the fraternity to remove a large American flag flying outside their frat building because the symbol may offend other students and faculty.

Sigma Chi was told by an unnamed administration official that their flag made others “uncomfortable” and “tainted Sigma Chi’s reputation.”

The flag made others uncomfortable but that it’s being flown tainted Sigma Chi’s reputation and, presumably, worsened its chance of survival … The American flag, as a symbol, could be intimidating, aggressive or alienating — Mr. Z’s tone further signaled to [a student involved] that he found the mere sight of the American flag to be offensive.

In protest of Mr. Z’s suggestion, the house declined to remove the flag, instead choosing to replace it with an even bigger one. Some members, of course, abstained from the discussion about and decision to purchase a bigger flag. The following day, by [the student’s] doing, Sigma Chi upgraded from a three-by-five-foot flag to a four-by-six-foot flag. The former flag was then framed and placed on display inside the house. This decision was, in Lozano’s words, a “silent but visible protest” against the classification of the American flag as a potentially stigmatizing symbol by a member of the Stanford administration. 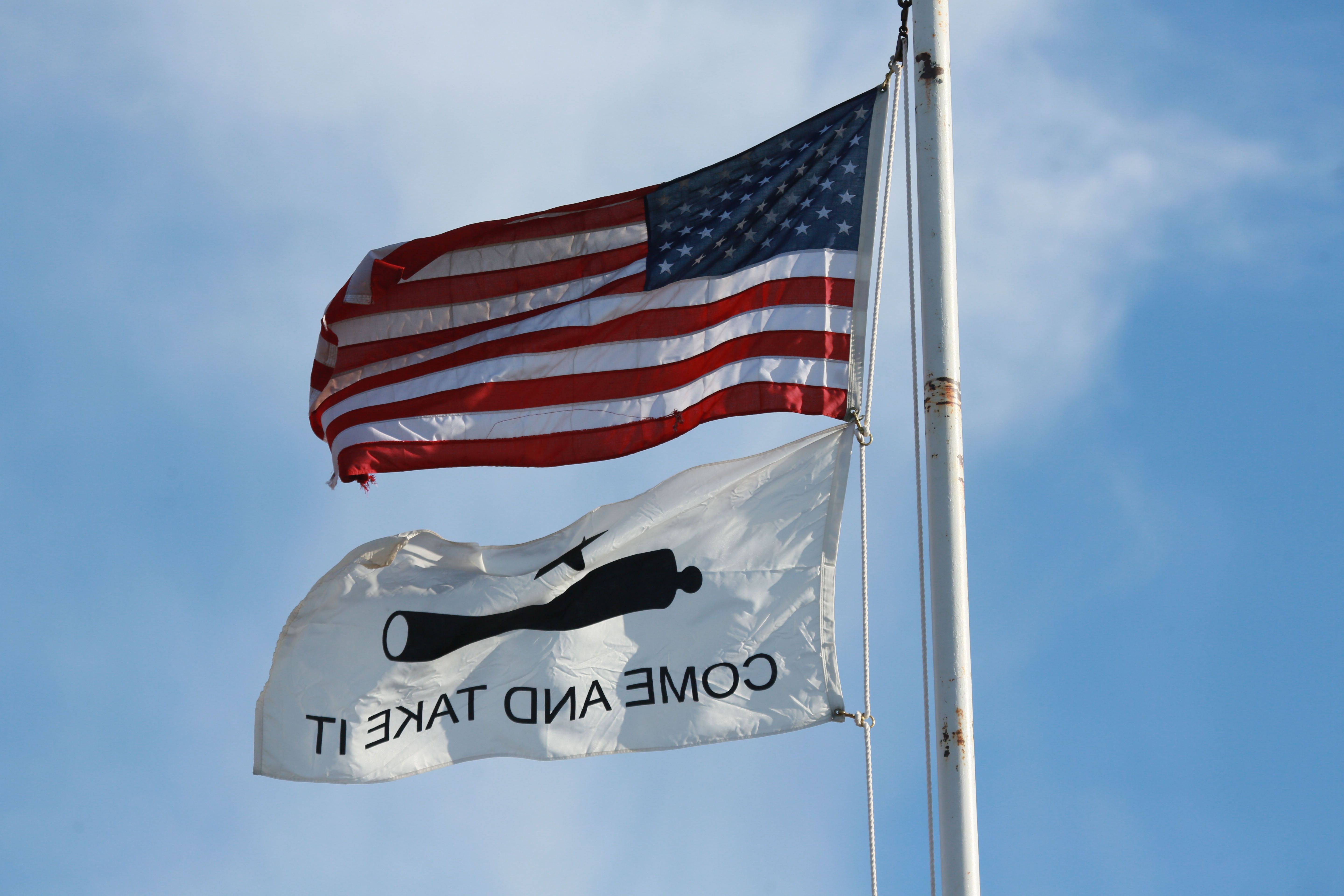 An American Flag and a replica flag from the battle at the Alamo standing atop Patriot Point along the US-Mexico border in Campo, California on November 17, 2018. SANDY HUFFAKER/AFP/Getty Images

(RELATED: Here’s A Look Back At George H.W. Bush’s Life In Pictures)

The report went on to detail how Sigma Chi’ was eventually banned from campus after the protest for other infractions against the Greek community and campus rules.

The report ended with this potent line by opinion author Antigone Xenopoulos: “Next time you hear someone degrade a symbol of the United States — whether in the form of a flag, the Constitution, or the national anthem — you can defend the principles of this nation through oration or just go out and, like Sigma Chi, buy a bigger one.”