Florida Georgia Line singer Tyler Hubbard has called out fellow country artists to join him in his call for universal background checks on firearm purchases.

“We’ve been given a platform and a voice for a reason, and it’s really time to start using that voice for more than just talking about our music and ourselves,” the 31-year-old country singer shared with Rolling Stone Country, according to RollingStone magazine Tuesday.  (RELATED: CMAs Get Political, Mock Trump And Clinton) 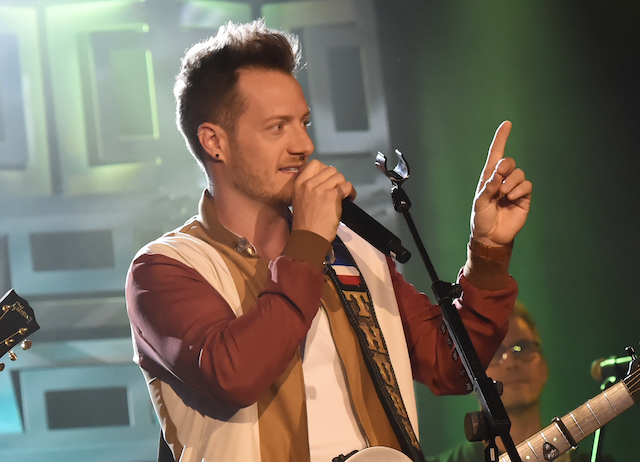 “Whether it’s at a country bar or a country concert, every artist in our genre has been affected by gun violence directly or indirectly, and it’s something that really hits close to home and something that everybody wants to talk about, but doesn’t really know how to,” he added. “But there’s no better time than now.”

Hubbard continued, “We’ve seen it firsthand. Our fans and artists are getting shot.”

His comments come one month after 12 people were killed at the country bar Borderline Bar & Grill in southern California and a little more than a year after a gunman opened fire during the Route 91 Harvest Music Festival in Las Vegas that left 58 people dead.

On Sunday, Hubbard put a call out to artists like Blake Shelton, Kelsea Ballerini and Carrie Underwood to join his “End Gun Violence Together” campaign.

“I want to do a personal challenge to my friends, to my peers, to other artists. I know we’ve all been affected by gun violence directly or indirectly,” Hubbard explained in a video he posted on Instagram listing 34 other country singers he wanted to join him in his call for background checks.

Hubbard continued, “Let’s join together. So, if you’re a proud gun owner. If you’re an artist, if you’re a friend of mine. That’s my personal challenge to you guys.”

The “Simple” hitmaker captioned his post, “Challenging my country music family to come together with the 90% of Americans who want to pass universal background checks and #endgunviolencetogether Many of us are proud gun owners but ALL of us want to keep our fans, friends, and families safe.”

Last month, during the 52nd Annual Country Music Association Awards Garth Brooks called for a moment of silence to remember the 12 individuals killed in the mass shooting at the California bar.

Garth Brooks dedicated the #CMAAward show to the victims of the Borderline shooting and led the crowd in a moment of silence. pic.twitter.com/W47p2ts98z