Republican Florida Sen. Marco Rubio hit back at Democratic New York Sen. Kirsten Gillibrand on Wednesday after she insisted that the future is “female” and “intersectional.”

“Our future is: Female, Intersectional, Powered by our belief in one another,” Gillibrand tweeted.

Female
Intersectional
Powered by our belief in one another.

And we’re just getting started.

Rubio quickly responded with a rebuke of Gillibrand’s focus on identity politics, insisting instead that the future is “AMERICAN.” (RELATED: Rubio Backs Trump On Nationalism: ‘President Trump Is Right To Embrace The Label’)

“An identity based not on gender, race, ethnicity or religion,” Rubio continued. “But on the powerful truth that all people are created equal with a God-given right to life, liberty [and] the pursuit of happiness.”

An identity based not on gender,race,ethnicity or religion. But on the powerful truth that all people are created equal with a God given right to life,liberty & the pursuit of happiness. https://t.co/3Z9QckcaOX

Rubio’s tweet, at the time of publication, has over 24,000 likes compared to Gillibrand’s approximately 18,000. 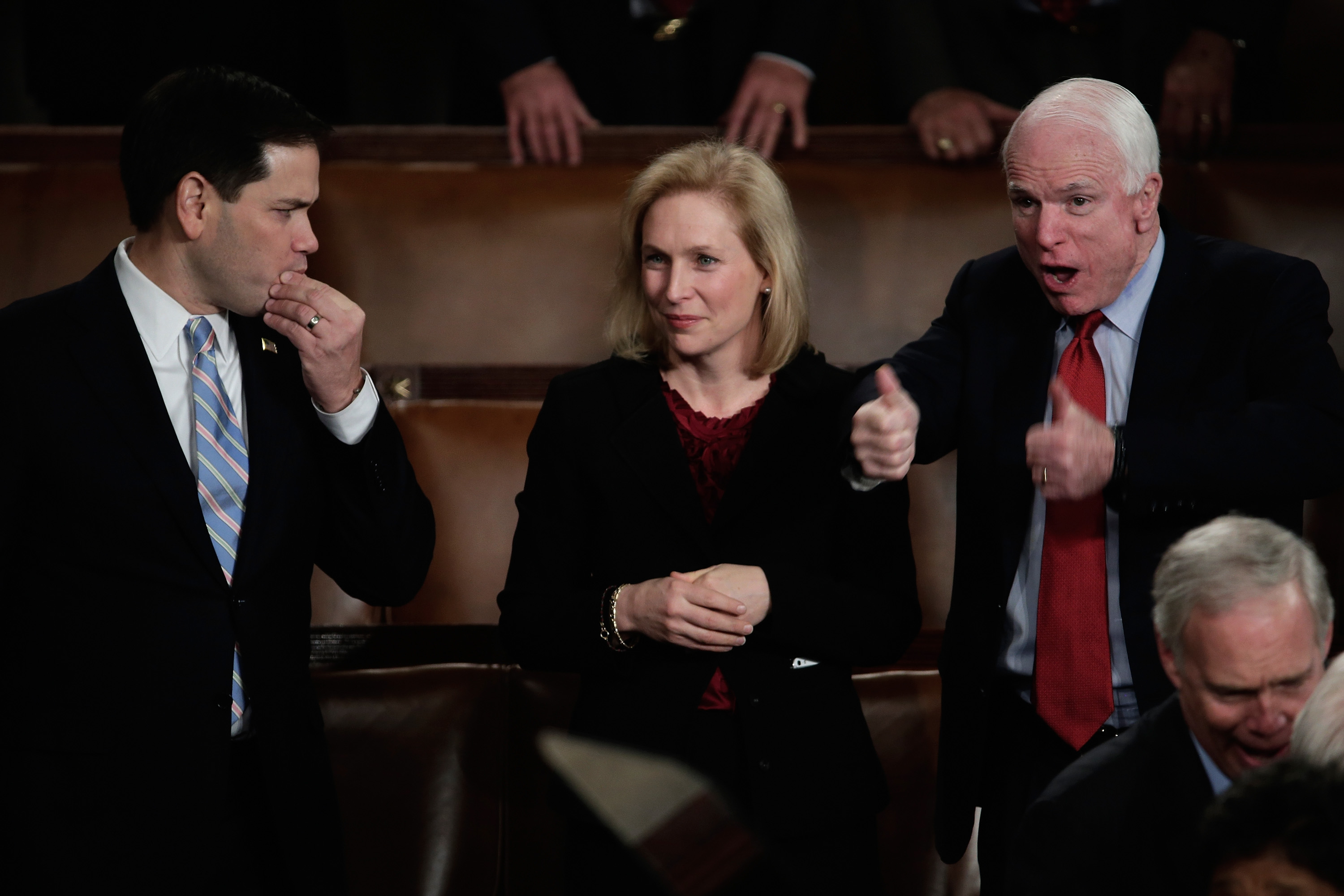 WASHINGTON, DC – JANUARY 28: (L-R) U.S. Sen. Marco Rubio (R-FL), U.S. Sen. Kristen Gillibrand (D-NY) , and U.S. Sen. John McCain (R-AZ) wait for U.S. President Barack Obama to deliver the State of the Union address to a joint session of Congress in the House Chamber at the U.S. Capitol on January 28, 2014 in Washington, DC. In his fifth State of the Union address, Obama is expected to emphasize on healthcare, economic fairness and new initiatives designed to stimulate the U.S. economy with bipartisan cooperation. (Photo by Win McNamee/Getty Images)

Gillibrand was originally seen as a favorite Democratic contender for the 2020 presidential election, but she said in late October that she is committed to serving her full six-year Senate term until 2024.

“I will serve my six-year term [if reelected],” Gillibrand said prior to the 2018 midterm elections.