Maryuri, her husband Miguel and their 3-year-old child left Honduras on Oct. 17 — when she was seven months pregnant — with the intent of applying for asylum when they came to the southern border. Maryuri explained the situation in an interview with Telemundo 20 on Tuesday. She also said that they traveled on foot and by bus through Guatemala and Mexico.

“The day I came across I felt a little pain, but I thought it will be because of my nerves,” Maryuri stated to Telemundo. “He was born here in San Diego.”

The baby was born on Nov. 27, 2018 — one day after she and her husband were caught crossing the border into San Diego. 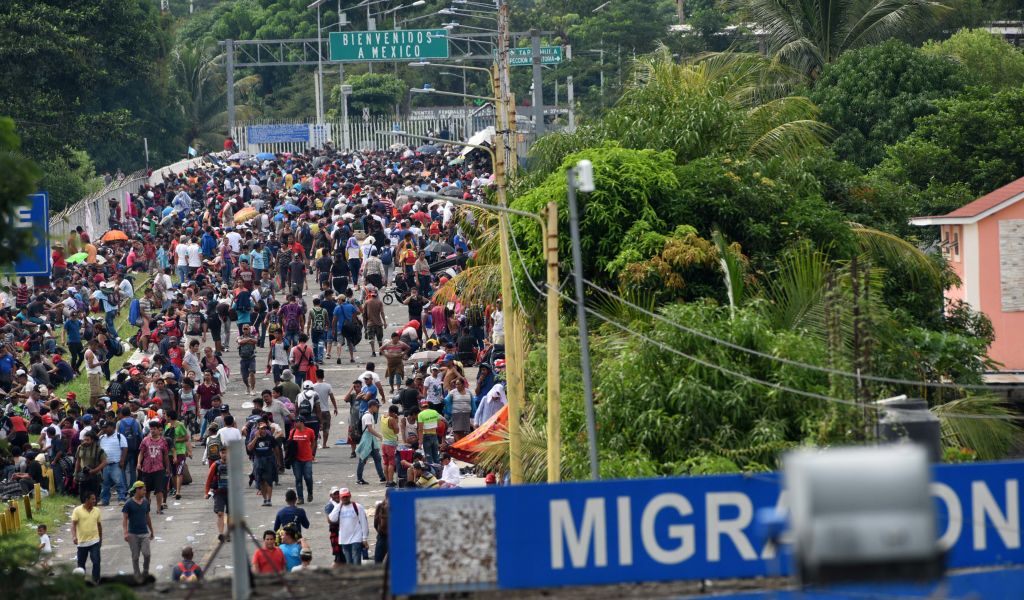 Honduran migrants taking part in a caravan heading to the US, arrive at the border crossing point with Mexico, in Ciudad Tecun Uman, Guatemala on October 19, 2018. (Photo by ORLANDO SIERRA / AFP / Getty Images)

At the end of October, President Donald Trump raised the issue during an interview with Axios’ Jonathan Swan. During the interview, Trump explained that he doesn’t believe there is a need for a constitutional amendment to overturn birthright citizenship. Despite the president’s claim, many have said that an executive order would not be sufficient to overturn it.