The Trump administration is reportedly preparing to give the coal industry a boost by rolling back another Obama-era environmental regulation.

The Environmental Protection Agency (EPA) on Thursday is expected to rescind a rule that requires new coal plants to be fitted with carbon capture technology, according to several officials who spoke with The New York Times. Under the Obama-era mandate, new coal plants were not allowed to emit more than 1,400 pounds of carbon dioxide per megawatt-hour. The Trump administration is due to raise this limit to 1,900 pounds.

“It’s fantastic that the Trump EPA is repealing the Obama EPA’s ban on new coal-fired power plants,” Junkscience.com publisher Steve Milloy said in May when The Daily Caller News Foundation exclusively reported the administration’s mumblings of the rule rescission.

Established in 2015, the carbon capture rule was widely derided by industry representatives who argued it made the construction of new coal-fired plants essentially impossible. The expensive and cumbersome technology to this day has not been implemented on a commercial scale.

While the rule change will make it easier to build new coal plants, it’s not immediately clear how much it will help the industry, which has witnessed steady decline in recent years. Cheap natural gas and subsidy-backed renewables are increasingly rendering coal-fired plants unprofitable.

Throughout the first year of Trump’s presidency, a total of 27 coal facilities announced early closure or conversion. Plant retirements took place at an even faster rate in 2018, with a grand total of 14.3 gigawatts of coal-fired capacity shutting down. Analysts predict the pace of coal plant retirements will continue for at least another 10 years.

Trump — who campaigned on reviving coal country — has taken unprecedented steps to try and breathe life back into the industry. 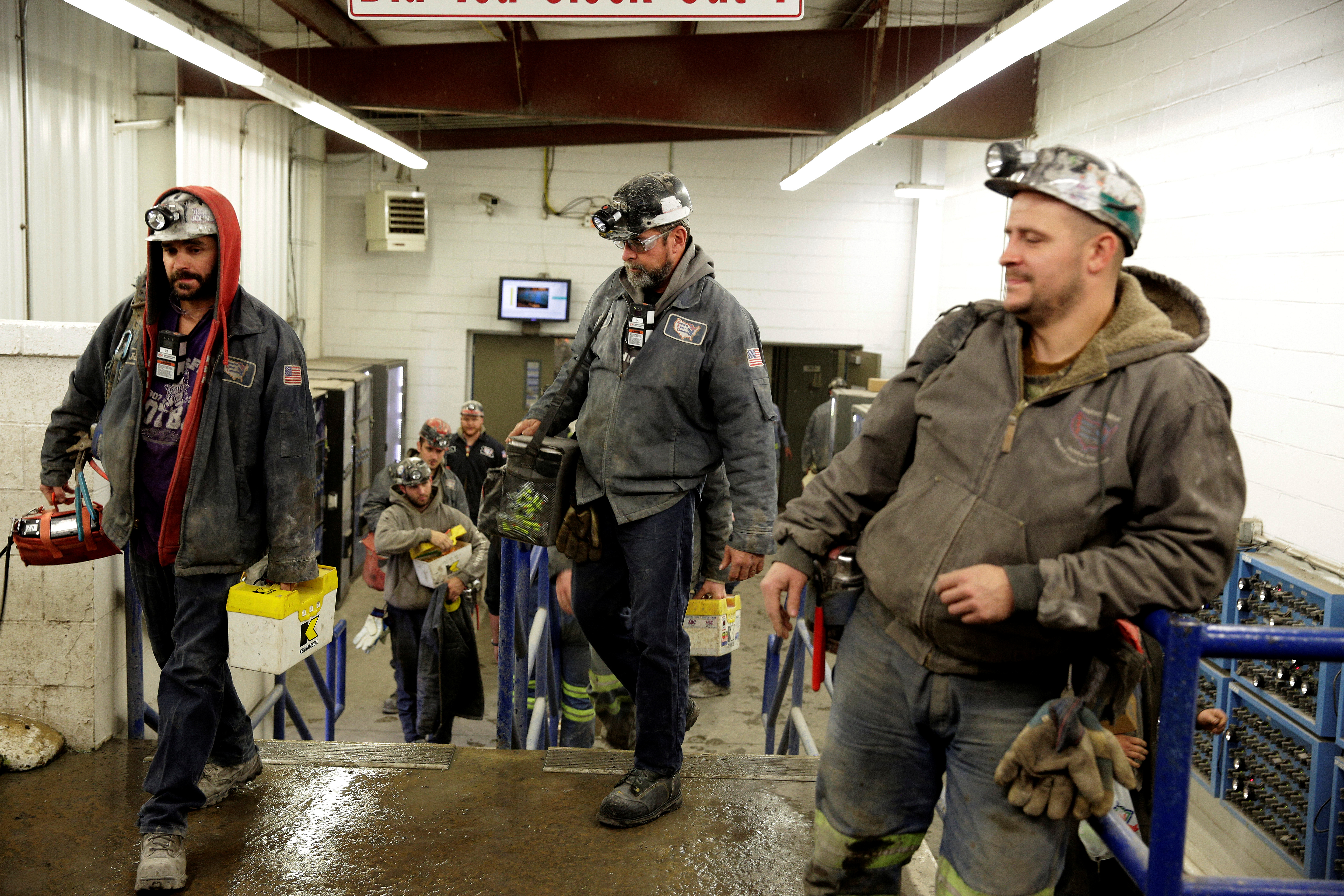 Miners arrives for the start of their shift at the American Energy Corporation Century Mine in Beallsville, Ohio, November 7, 2017. REUTERS/Joshua Roberts

The president embarked on an ambitious energy agenda since entering office in 2017, rolling back numerous Obama-era regulations such as the Clean Power Plan, Waters of the United States, vehicle emission standards, and he notably withdrew the U.S. from the Paris climate agreement. Additionally, the Energy Department has twice considered a federal bailout plan for at-risk coal and nuclear plants. (RELATED: Bernie Sanders, Climate Hawk, Spends Nearly $300K On Private Jet Travel In Month)

Instead of the carbon capture mandates, the Trump administration will allow new coal plants to open if they implement more efficient boilers and technology.