The 9th U.S. Circuit Court of Appeals upheld a temporary restraining order against a Trump administration policy that denies asylum to illegal aliens.

The 2-1 decision is the latest setback the 9th Circuit has rendered to President Donald Trump’s immigration agenda.

“Just as we may not, as we are often reminded, ‘legislate from the bench,’ neither may the executive legislate from the oval office,” Judge Jay Bybee wrote for the majority. Former President George W. Bush appointed Bybee to the bench, and the judge has a conservative reputation.

In effect, the reforms withhold asylum from illegal aliens, though foreign nationals who present for inspection at designated ports of entry remain eligible for legal status. Bybee sympathetically notes the rules were meant to address “a staggering increase in asylum applications” between 2008 and 2018. 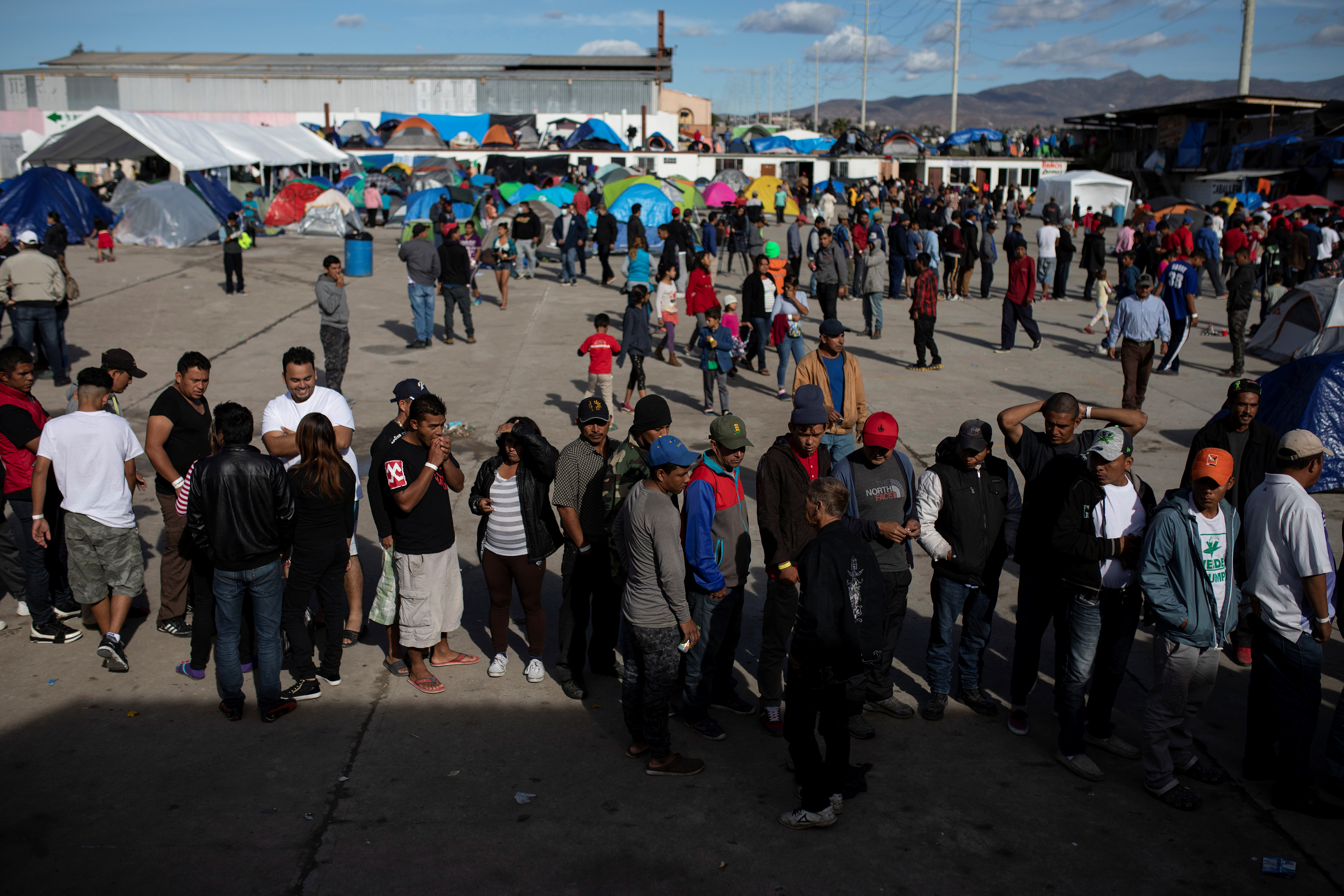 Migrants, part of a caravan of thousands from Central America trying to reach the United States, line up in a temporary shelter in Tijuana, Mexico. REUTERS/Alkis Konstantinidis

The INA provides that foreign nationals may apply for asylum even if they did not enter the U.S. at an official port of arrival. Under the new rules, illegal aliens may still apply for asylum, though their unlawful status makes them ineligible to receive it. Tigar said that makes the promise of asylum “a dead letter,” and the 9th Circuit agreed.

“The [new asylum rules] enforced by the government — that illegal entry, through Mexico specifically, will always be disqualifying — is inconsistent with the treaty obligations that the United States has assumed and that Congress has enforced,” the decision reads. It elsewhere says the administration “has attempted an end-run around Congress.”

Judge Edward Leavy wrote a short dissent arguing that the policy “brings safety and fairness to the conditions at the southern border.”

Tigar’s order will remain in effect until Dec. 19. An appeal to the Supreme Court could follow.