Tucker Carlson on Friday night interviewed a Portland-based reporter who was harassed and threatened by Antifa.

The segment began with Carlson airing Andy Ngo’s footage from an Antifa rally, in which some members yelled and cursed at him.

“Your parents would be embarrassed by you — and your grandparents — who have been oppressed by white men throughout history. You should be ashamed of yourself,” a protester said to Ngo. (RELATED: Antifa Member Tells Journalist ‘Death Is Coming To You’)

In the footage, Ngo proceeded to ask why he should be ashamed, and the protester answered, “You’re an Asian giving in to white supremacy, motherfucker.”

A different Antifa rally participant yelled, “Nobody likes you. The city fucking hates you. You’re trash. Get the fuck out of here.”

Carlson asked Ngo questions about his experiences and his reporting on Antifa. Ngo recently published “What’s the matter with Portland?” and Carlson asked him about it.

“So these ideas on the left just sort of become radicalized in their own echo chambers. The city is very secular. So there’s an erosion of traditional sources of purpose and meaning, for example, from religion,” Ngo answered. “People are turning to political ideologies, and they want to be heroes, but instead of dedicating their lives to service or joining the military, they are joining movements like Antifa and going to the street to fight because they think they’re actually in a battle with fascists.”

Carlson followed up, “That’s a deep and true analysis, I think. Portland is a beautiful city and there are normal people, nice people who live there. What do they think? Not everybody in Portland agrees with Antifa. Do they have a voice?” (RELATED: ‘Do Him Like Gaddafi’ — Antifa Protesters Caught On Video Threatening To Kill The President) 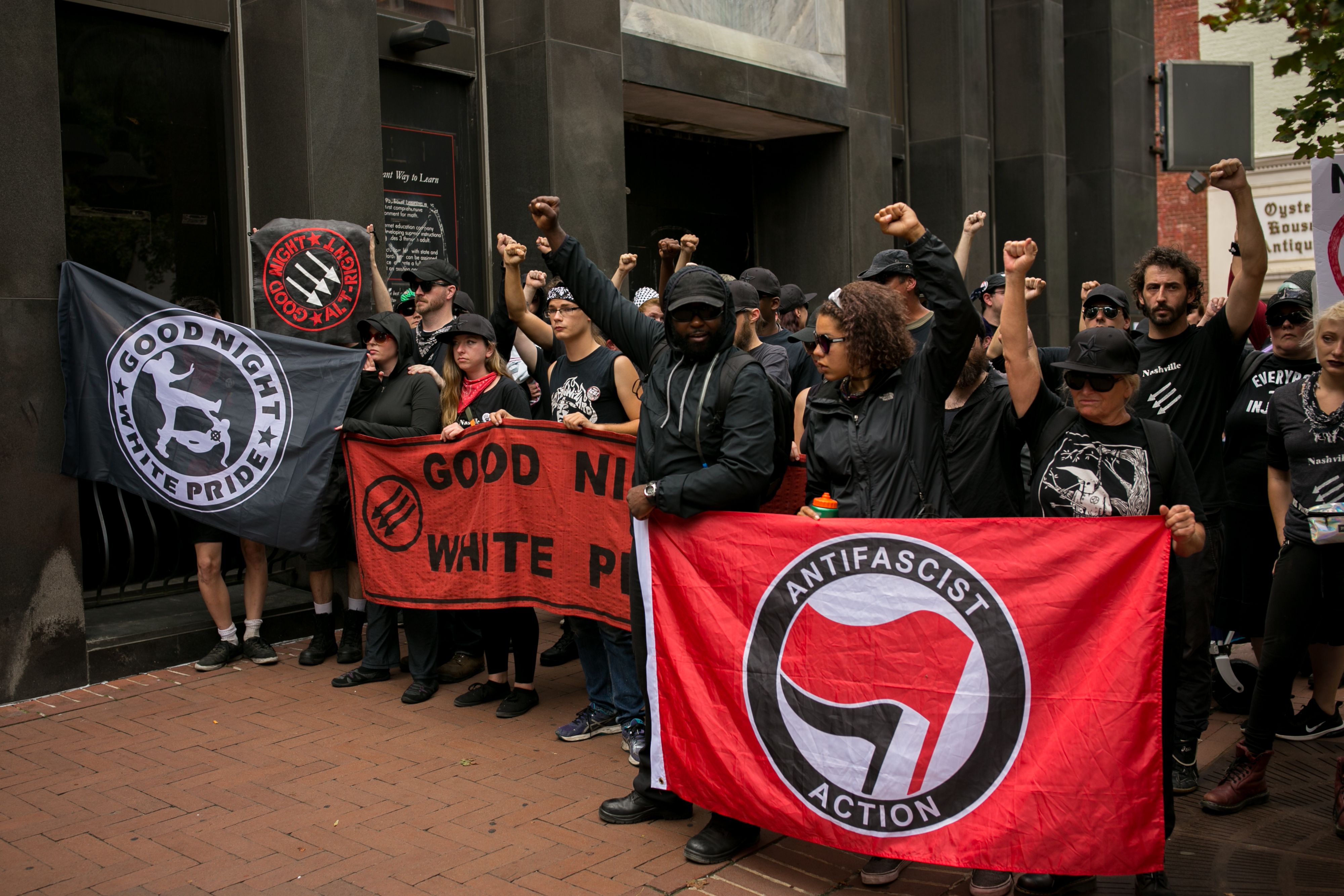 Members of ANTIFA get in formation after entering the security checkpoint required to enter the mall in downtown Charlottesville, Virginia, one-year after the violent white nationalist rally that left one person dead and dozens injured. (Photo by Logan Cyrus / AFP) (Photo credit should read LOGAN CYRUS/AFP/Getty Images)

“I think the genius in Antifa is actually in the name. They have put themselves in a position where it’s actually very hard for left-leaning or left-wing politicians to criticize because then it sounds like you’re against anti-fascist, which sounds like a noble thing to be right?” Ngo added.

He continued, “So for a long time, Portland residents were reluctant to be too critical of this movement, but as Portland has been victimized through various riots and scenes of violence, I think more normal people are waking up and seeing that this movement is a little bit indiscriminate in who they target. They’ve targeted regular citizens for example trying to drive through, trying to pass through, or trying run a business.”