A spokesperson for Alexandria Ocasio-Cortez refused to share the incoming congresswoman’s stance on the Boycott, Divestment and Sanctions (BDS) movement when asked on Friday.

The official BDS website describes the movement as one trying to uphold “the simple principle that Palestinians are entitled to the same rights as the rest of humanity.”

Conversely, many Jewish organizations view the movement through a lens of anti-Semitism. The Anti-Defamation League says that the BDS movement “rejects Israel’s right to exist as a Jewish state” and “is the most prominent effort to undermine Israel’s existence.”

The Daily Caller asked Corbin Trent, a spokesperson for Ocasio-Cortez, to share her stance on the movement.

The movement has garnered support from two of Ocasio-Cortez’s fellow incoming congresswomen. Ilhan Omar and Rashida Tlaib, the first two Muslim women in Congress, are also the first two members of Congress to publicly support the movement, The Intercept reported. 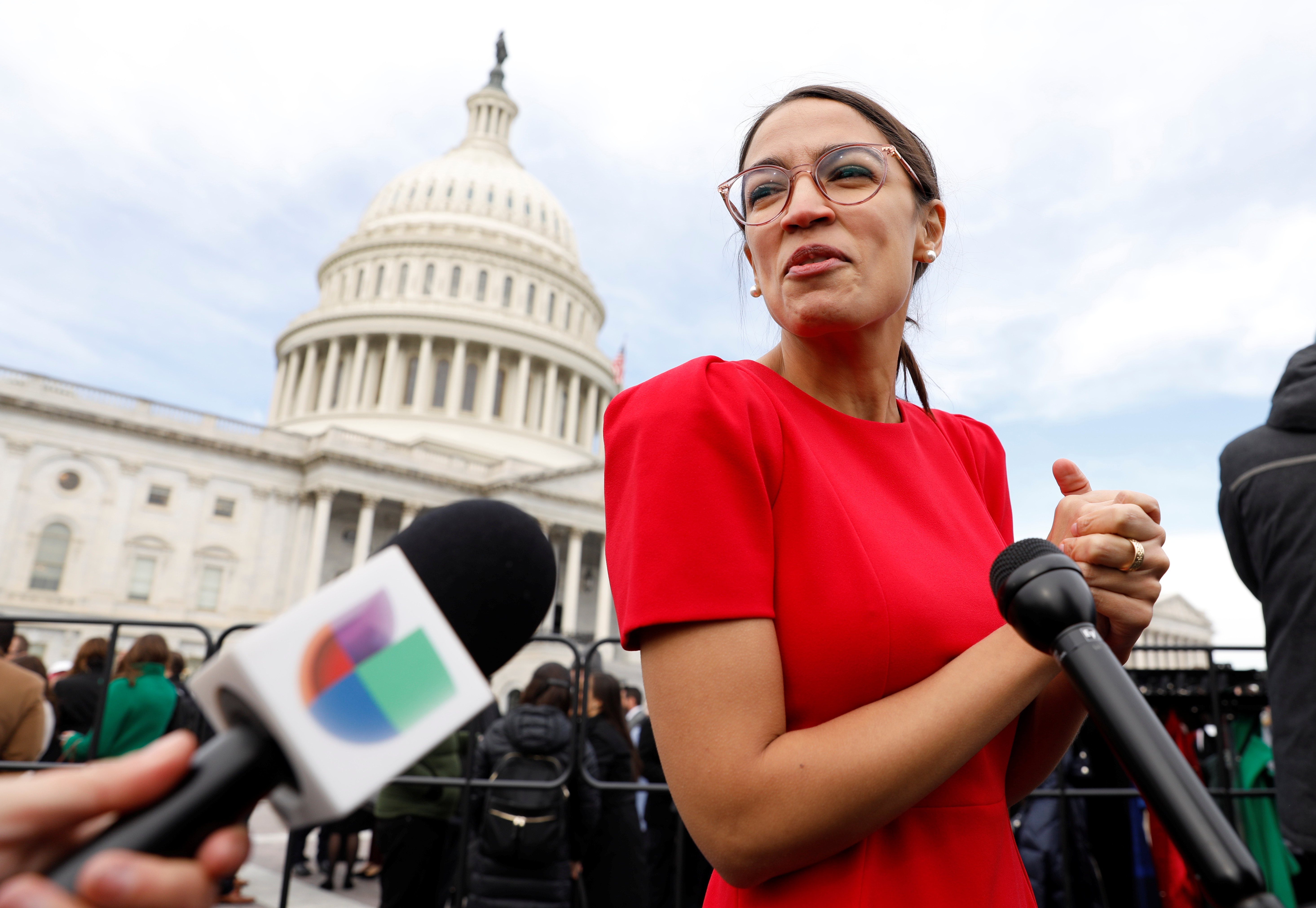 Democratic Representative-elect Alexandria Ocasio-Cortez of New York talks with reporters as she arrives for a class photo with incoming newly-elected members of the U.S. House of Representatives on Capitol Hill in Washington, U.S., November 14, 2018. REUTERS/Kevin Lamarque

Last month, Omar’s campaign told Muslim Girl, “Ilhan believes in and supports the BDS movement, and has fought to make sure people’s right to support it isn’t criminalized. She does however, have reservations on the effectiveness of the movement in accomplishing a lasting solution.”

Tlaib more recently came out in favor of the movement in an interview with The Intercept. In the interview, Tlaib also shared her rejection of the American Israel Public Affairs Committee’s (AIPAC) invitation to visit Israel. Newly elected members of Congress have traveled to Israel with AIPAC for decades. Instead, she is choosing to visit the West Bank. Her stated goal is to “humanize Palestinians.” (RELATED: America’s First Two Muslim Congresswoman Officially Endorse Anti-Israel Legislation)

Students for Justice in Palestine at George Washington University (@gwusjp) have just kicked off Israeli Apartheid Week by building this wall on campus. pic.twitter.com/NT1ekiz1Gc

Ron Halber, the executive director of the Jewish Community Relations Council, told The Daily Caller, “There’s no doubt that BDS is an exclusionary anti-Semitic movement whose goals are the eventual destruction of the state of Israel. It’s just the latest fad that has been used since the beginning of Israel’s existence to try to delegitimize it and the whole idea of the BDS movement is to make Israel a pariah among the nations and easier culturally to scapegoat and blame for all the world’s ills, which is nothing more than frankly old fashioned anti-Semitism.”

Halber did specify that he doesn’t believe every BDS supporter is anti-Semitic, but called the congresswoman-elect’s support for the movement “disappointing and scary,” while adding that he believes it needs to be “combatted.” 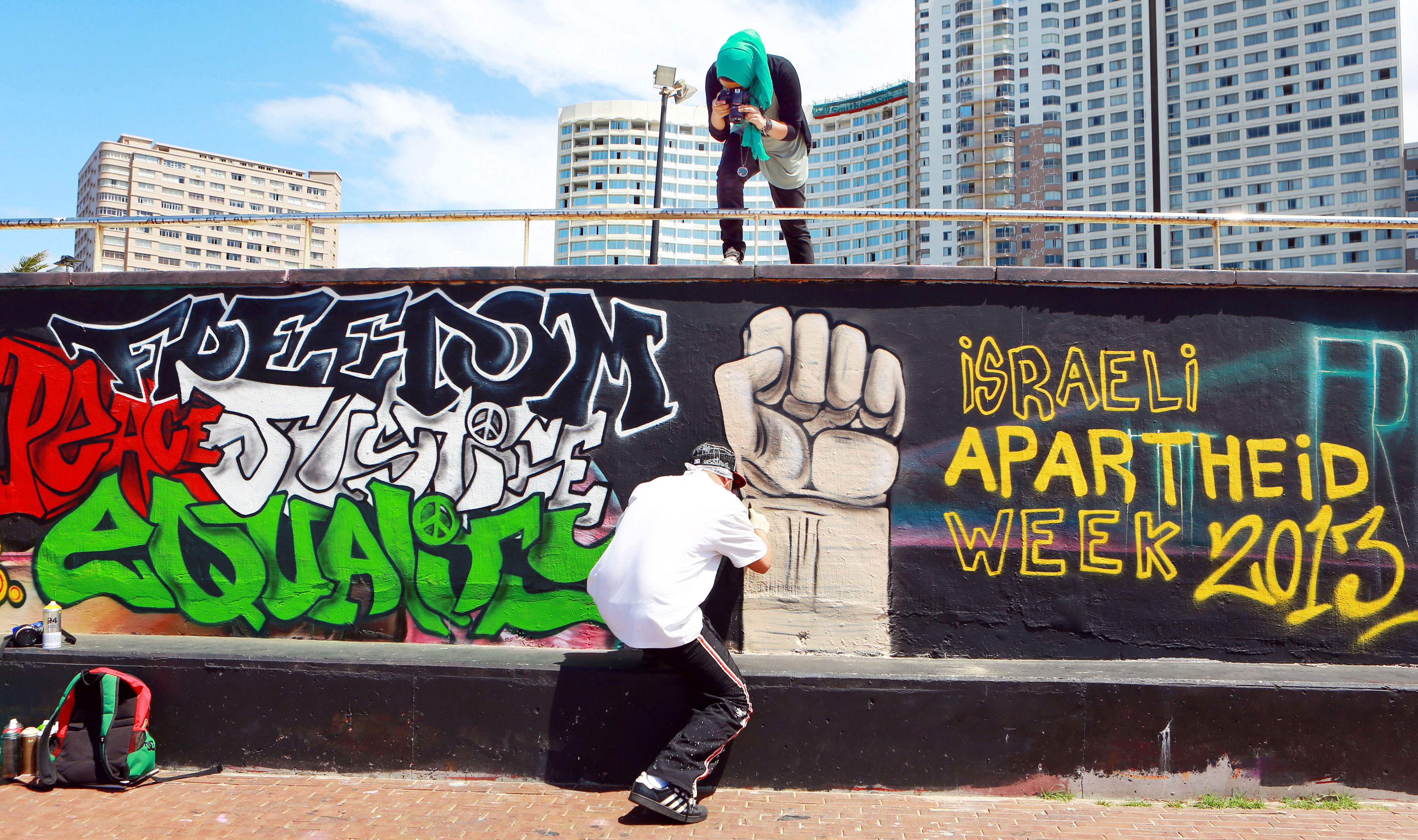 In July, Ocasio-Cortez appeared on “Firing Line” and received backlash after saying, “I also think that what people are starting to see in the occupation of Palestine is just an increasing crisis of humanitarian conditions, and that, to me, is just where I tend to come from on this issue.”

Host Margaret Hoover asked her to elaborate on “the occupation of Palestine” part of her response. Following Ocasio-Cortez’s response, Hoover pushed back again until the congresswoman-elect admitted that she is “not the expert on geopolitics on this issue.”