As if that scenario was not fraught with enough legal landmines, Flynn was also not warned by the two agents he met with about the penalties for lying to federal investigators. That’s because McCabe and other FBI officials decided before the fateful Jan. 24, 2017 meeting that “they wanted Flynn to be relaxed.” The officials “were concerned that giving the warnings might adversely affect the rapport” between Flynn and his FBI interlocutors.

Those revelations are tucked into a 178-page filing that Flynn’s lawyers submitted on Tuesday in the special counsel’s investigation.

While the filing contains new details about the White House interview, Flynn’s team does not provide an explanation for why the retired lieutenant general made false statements to the FBI agents, aside from saying that he “recognizes that his actions were wrong and he accepts full responsibility for them.” 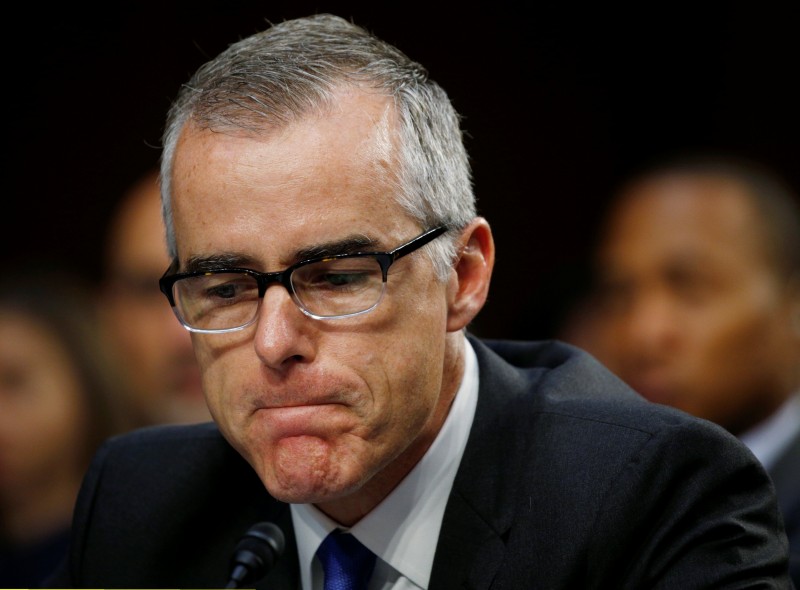 While Flynn’s lawyers said in the filing that he is remorseful for lying to the FBI during that Jan. 24, 2017 meeting, the activities of McCabe and the FBI agents who interviewed Flynn are sure to generate outcry about overreach in the Russia investigation. Flynn’s supporters have noted that McCabe and one of the FBI agents, Peter Strzok, have run into ethical and legal problems of their own.

According to the filing, McCabe wrote in a memo just after arranging the White House visit that he suggested to Flynn that attorneys stay out of the interview in order to save time.

Flynn went along with McCabe’s suggestion, telling McCabe that involving White House lawyers “would not be necessary.” He agreed “to meet with the agents without any additional participants,” according to McCabe.

Less than two hours after that conversation, Peter Strzok, the FBI counterintelligence official leading the Russia probe, visited Flynn along with another FBI agent.

According to notes cited by Flynn’s lead attorney, Robert Kelner, one of the two FBI interviewers noted that Flynn was “relaxed and jocular” during their session. The agent said that Flynn appeared to treat the FBI agents as allies.

Seemingly acting on instructions from FBI brass, “the agents did not provide General Flynn with a warning of the penalties for making a false statement under 18 U.S.C. § 1001 before, during, or after the interview,” Kelner writes.

Flynn has since acknowledged giving false statements during that interview. He pleaded guilty on Dec. 1, 2017 to lying to the FBI agents about conversations he had in December 2016 with Russian ambassador Sergey Kislyak.

Flynn’s lawyers are seeking no jail time for the former lieutenant general, a request that is in line with prosecutors’ recommendation in a filing submitted on Dec. 4. Special counsel Robert Mueller in that filing cited Flynn’s “substantial assistance” in three separate investigations. (RELATED: Mueller Recommends No Jail Time For Michael Flynn, Citing ‘Substantial Assistance’)

Kelner noted that Flynn, who was fired as national security adviser on Feb. 13, 2017, continued cooperating with the special counsel’s office “even when circumstances later came to light that prompted extensive public debate about the investigation of General Flynn.”

The lawyer appeared to be referencing the firestorm surrounding McCabe and Strzok.

McCabe was fired on March 16 after the FBI’s personnel office and Justice Department inspector general determined that he made misleading statements under oath about authorizing leaks to the media in October 2016 regarding an investigation into the Clinton Foundation.

Prosecutors are reportedly pursuing a case against McCabe.

Strzok was removed from the Mueller investigation in July 2017 and fired from the FBI on Aug. 13 of this year because of anti-Trump text messages he exchanged with his mistress, FBI lawyer Lisa Page.

Kelner noted that Flynn met with the special counsel’s office five times before entering his plea deal on Dec. 1, 2017. He had 14 more meeting with prosecutors after striking the agreement.

The filing did not address other legal issues Flynn has faced.

As part of his plea deal, Flynn acknowledged making false statements when he registered with the Justice Department as a foreign agent of Turkey for consulting work he did during the campaign. Flynn’s plea deal protected him from being prosecuted by the special counsel for his Turkish lobbying. Prosecutors in Virginia are investigating some of Flynn’s former business partners.