Prior to his interview with David Rubin, a former Israeli mayor, Carlson went after Democrats Chuck Schumer and Nancy Pelosi for labeling Trump’s plan to build a wall along the country’s southern border as “immoral.”

Pretty much everyone in Congress on both sides supports Israel or claims to. Many of them are vocal about that support, including Chuck Schumer. And here’s the funny thing, Israel has plenty of walls. Not just the famous one that people pray at. Israel has border walls. Some of them tall and foreboding and made of steel. Are Israel’s walls immoral? Well, by Nancy Pelosi’s standards, why wouldn’t they be immoral?

He continued, “They are defensive walls, designed to keep out terrorists and suicide bombers. There is no comparison to Israel’s wall and anything that Donald Trump is proposing. It’s apples and oranges. Well, it’s a pretty effective talking point and that’s why every Democrat repeats it every time.”

Carlson then introduced David Rubin, the former mayor of Shiloh, Israel and author of “Trump and The Jews.” (RELATED: Trump Points To Strasbourg Christmas Attack On Need For Border Wall) 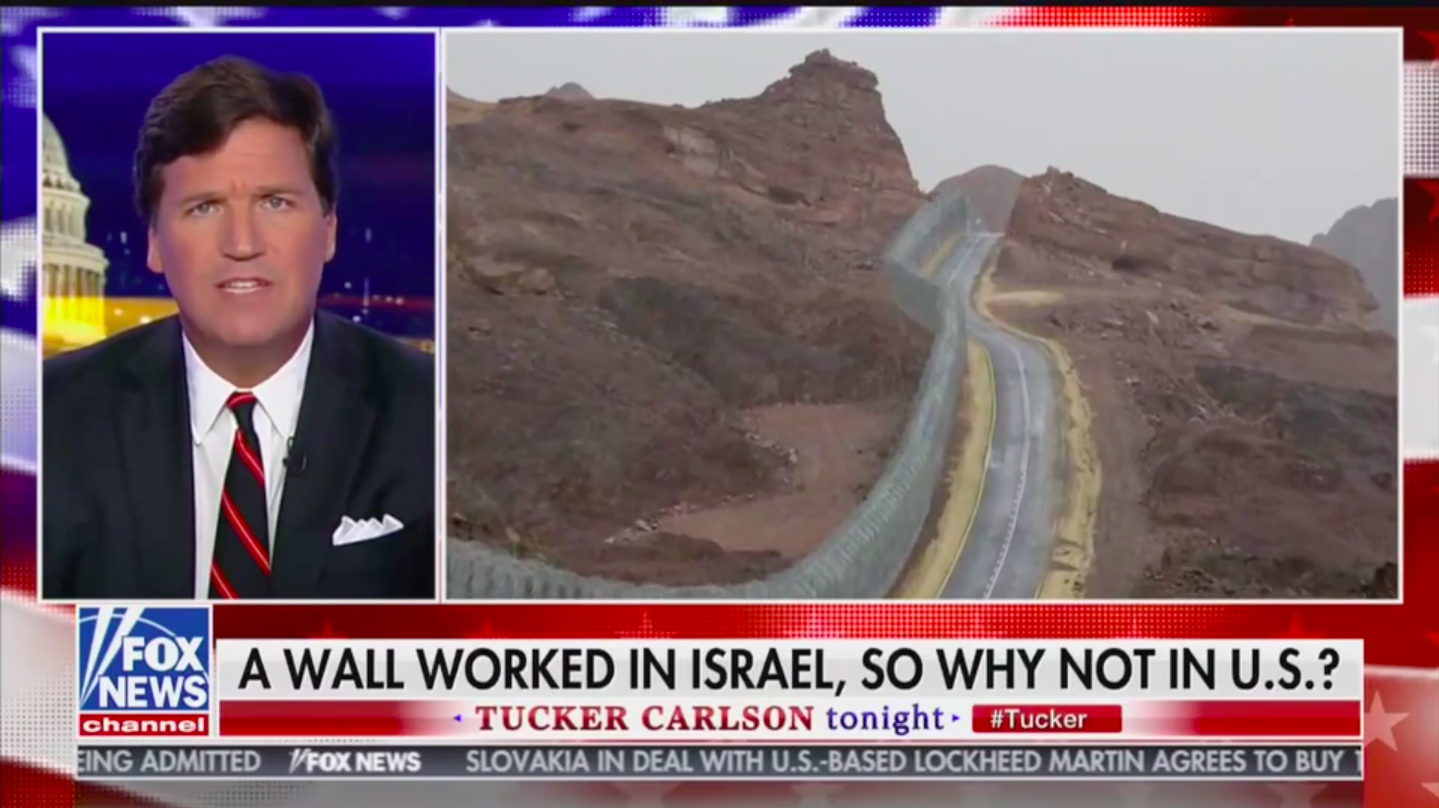 The Israeli government’s under pressure from the grassroots — mainly grassroots protests of the residence from south Tel Aviv and other towns that were being overrun by these illegal immigrants. The Israeli government made the decision that they were going to build a wall — a high-tech, steel wall on the southern border — the border between Egypt and Israel. So it was built over the next few years, it was completed, almost completed by 2015. In 2016 the wall was up. [In] 2016, there were 11 illegal immigrants who entered Israel.