Tucker Carlson slammed incoming Speaker of the House Nancy Pelosi for claiming that building a wall along the southern border would be “immoral” on his show Friday night.

“Just in case you’re wondering if the new Democratic Congress will fund a wall along our southern border, we have an answer. Incoming Speaker of the House has cleared it up. ‘No chance,’ says Nancy Pelosi. ‘Walls don’t work,’ she explains, and more than that, they’re wrong. Morally wrong. Watch,” Carlson began.

In a clip that aired directly after Carlson’s introduction, Pelosi says, “Most of us, speaking for myself, consider the wall immoral, ineffective. He also promised Mexico would pay for it. So even if they did, its immoral.” (RELATED: Pelosi Fundraising Email Calls Republicans ‘Despicable’)

Carlson then added, “Now, if you’re familiar with how things work in Washington, you may be wondering: When did morality begin to play a central role in the legislative process? The answer is the day that Nancy Pelosi got ordained. Pelosi is now an archbishop in the church of progress sanctimony.”

The segment comes a day after Pelosi announced that she would not support funding the wall even if the Republicans were willing to compromise on DACA. 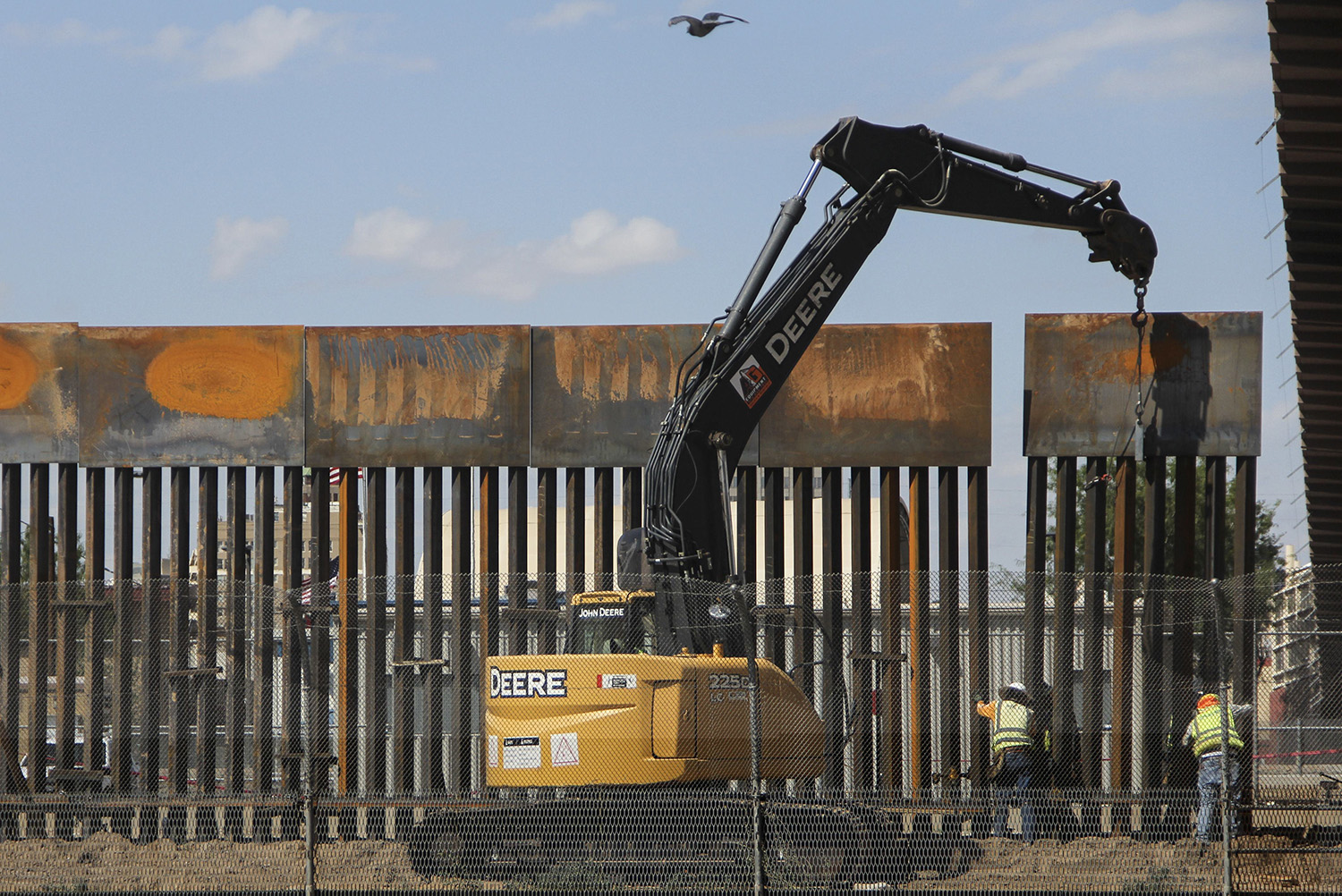 Workers in El Paso Texas, in the US, replace a section of the Mexico-US border fence next to the international border bridge “Paso del Norte” as seen from Ciudad Juarez, in Chihuahua state, Mexico, on September 26, 2018. HERIKA MARTINEZ/AFP/Getty Images

Weak moral authority. That is not a problem for St. Nancy. Her moral thought is absolute. She is a good person. You, unfortunately, are not. So pay attention as she explains once again — a border wall is immoral. Well, fine. Far be it for us to question the command of an archbishop. We’ll take her at her word. God hates walls. But if walls are immoral, what about fences? Obama seemed to like them.

Carlson then aired a clip of then-Sen. Barack Obama supporting a bill that would “authorize some badly-needed funding for better fences and better security along our borders.”

“Better fences,” says Obama. That sounds immoral. What about Israel’s security wall? It’s big and real and very effective. Pelosi supported it, actually. She voted for a resolution defending that wall from U.N. Condemnation. It’s confusing. Must have been before her conversion. But now [that] the walls are definitely immoral, a few obvious theological questions arise. What about doors? And locks? How about hedges or security systems or airport checkpoints or anything else that specifically designed to keep some people out? What about the gate in front of Pelosi’s weekend house? Is St. Nancy against all of that? Of course not.