You might not have noticed it, but the internet as we knew it ended a year ago today, at least according to the predictive powers-that-be at CNN and other media organizations.

That’s because on Dec. 14, 2017, the Federal Communications Commission ended the 2015 Open Internet Order, aka the net neutrality regulations implemented by the Obama administration.

Despite assurances from FCC Chairman Ajit Pai that the changes weren’t ever “going to destroy the internet,” hysterical heads prevailed — leading CNN to blast the front page headline “End of the internet as we know it.”

Other outlets shared similar concerns. The New York Times ran a column in November 2017 proclaiming that ending the regulations “hastens [the] death” of the internet, while Vox reported, “The internet as we know it is about to change drastically.”

None of that happened. The internet is functioning identically to how it was during the end of former President Barack Obama’s term and even before his FCC decided to pass these consumer protections. 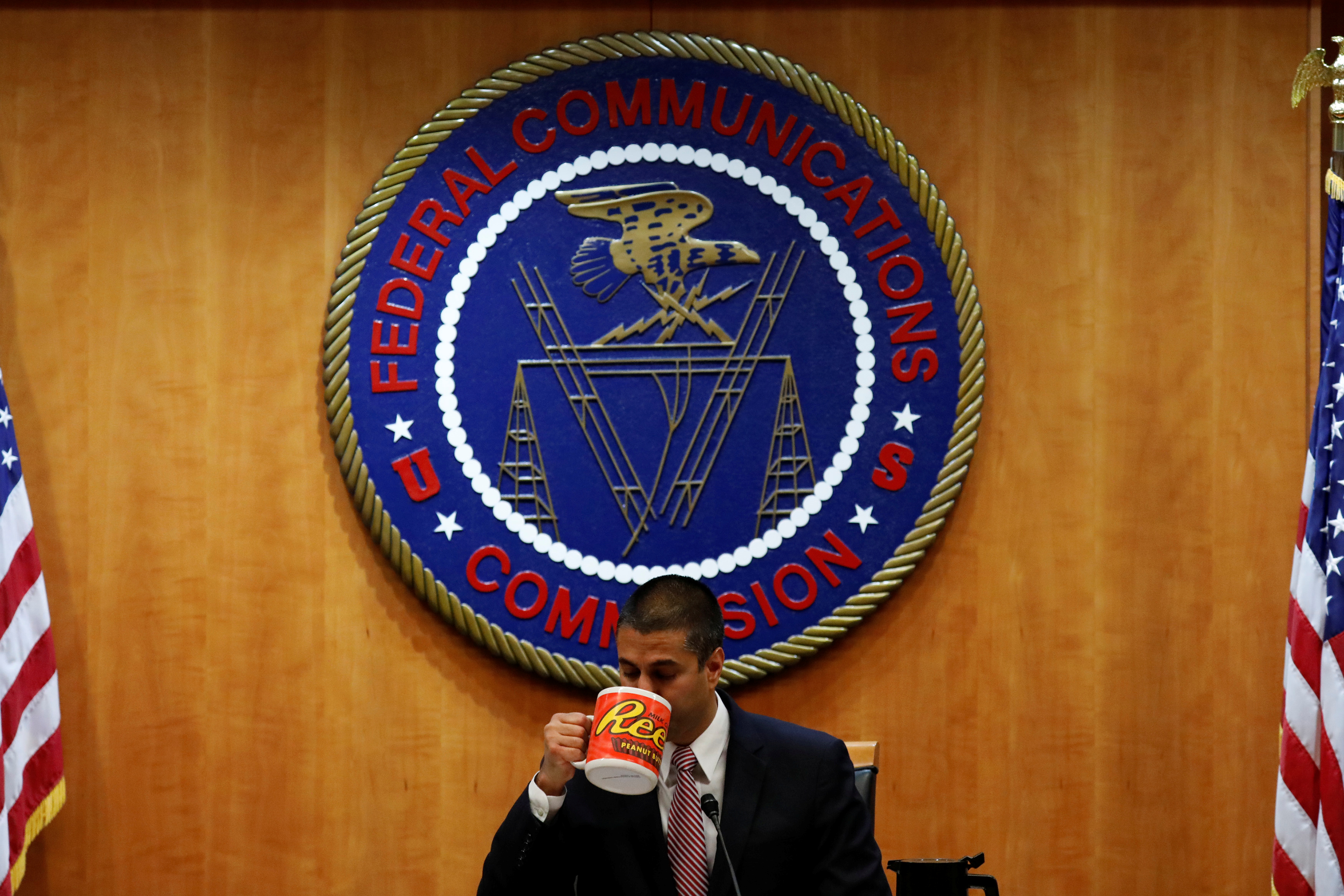 Chairman Ajit Paid drinks coffee ahead of the vote on the repeal of so-called net neutrality rules at the Federal Communications Commission in Washington, U.S., Dec. 14, 2017. REUTERS/Aaron P. Bernstein

Journalists told the American people that without these supposedly necessary rules, internet service providers (ISPs) would immediately begin taking advantage of the public by throttling the load speeds of certain websites unless one paid higher fees.

Again, that never happened — and there’s no evidence (as there wasn’t in 2017) that ISPs are even considering this.

For starters, as Pai repeatedly explained, throttling speeds would lead to consumer revolt. Of course, as the left pointed out during the net neutrality debate, what good would consumer backlash do in areas where there is only a single ISP?

As Pai stated, a government-sanctioned monopoly taking advantage of consumers could easily lead to an anti-trust lawsuit by the federal or a state government. Taking on an evil ISP is exactly the kind of case an ambitious government prosecutor would love to attach his name to — and one an ISP would love to avoid.

A year later, one would think that after countless cries of how net neutrality will transform the internet, reporters would be tracking the internet’s changes.

After all, according to Splinter News, the “FCC’s new net neutrality rules could disempower communities of color.” Seems serious. It also seems like something liberal activists would love to highlight if it were happening.

But it didn’t happen. As much as liberal journalists would love to write reports about how the Trump administration is taking the internet away from minority communities, there’s not a shred of evidence that such a thing will ever happen.

On Friday, Wired magazine — despite telling readers over a year ago that “consumers will likely see” companies like Comcast and Verizon “slow video-streaming services from rivals” — was forced to admit that on the one-year anniversary of the repeal, there have been “no big changes.” 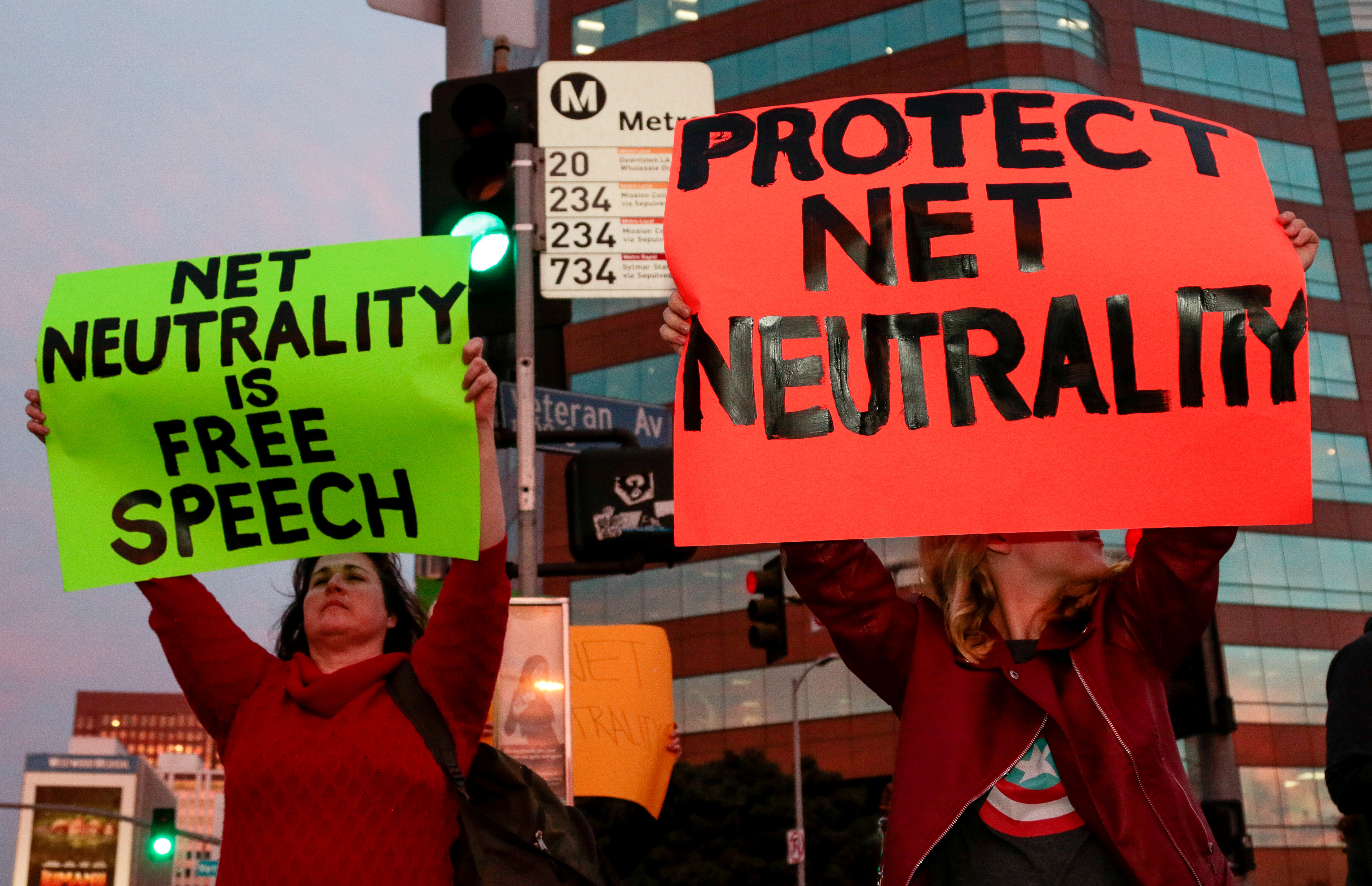 You may remember how the media was captivated by this issue. Few things were more important than the death of the internet as we know it. Countless websites called on readers to demand their representatives do something.

Pai received numerous death threats, which might have seen semi-reasonable considering outlets like The Guardian said a man like Marco Castro Bohorquez, who is HIV positive, might not be able to talk to his doctor over Skype if net neutrality was repealed. (RELATED: Twitter Blocks The Alt-Right, Allows Racist Death Threats To Ajit Pai)

Something tells me Bohorquez can still speak to his doctor. In fact, it might be easier than ever for him to do so considering that U.S. internet speeds have actually increased nationwide over the last year.

Reflecting on the media’s hysteria one year later, we should ask ourselves: Given how wrong they were about what seemed to be the most important issue in the country, what else are they wrong about?

1
'We Just Saw The Pictures': Chris Wallace Challenges Hakeem Jeffries' Claim That Souvenir Pen Ceremony Was 'Solemn'
Media
2
'The Senate Is On Trial': Nadler Says The Impeachment Is No Longer Just About The President
Politics
3
NYT Breaks With Convention, Endorses Two Democrats For President
Media
4
Elizabeth Warren Questions If Americans 'Want Someone Who Lies To Them'
Politics
5
Adam Schiff: Removing Trump Urgent Because He’s ‘Threatening’ To ‘Cheat In The Next Election’
Politics