In the several hours since President Donald Trump announced Ryan Zinke would be stepping down from his position as secretary of the Interior Department, critics have launched an attack website against his likely replacement.

The Western Values Project (WVP), a left-leaning environmental organization, has launched www.davidbernhardt.org, a website that purportedly lists the conflicts of interest in David Bernhardt’s past. Bernhardt is the current deputy secretary of the Interior, and will serve as acting secretary once Zinke leaves at the end of the year.

Bernhardt has a long history of working in the Interior Department, having served on and off since the George W. Bush administration. He has also worked as a lobbyist for oil and gas companies — work that WVP says makes him the “ultimate DC swamp creature.”

“The bottom line is that Bernhardt is too conflicted to even be Acting Secretary,” read a Saturday statement from Chris Saeger, the executive director of WVP. “At the very least the American public deserves to know more about the man behind the curtain who is actually running the show at Interior and could soon be fully responsible for managing our country’s public lands, wildlife and natural resources.”

WVP’s hit site lists his time at Brownstein, Hyatt and Farber, a Washington-based lobbying firm. The website also claims his time working in the Bush administration was marred with scandal.

However, the criticism is nothing new from Saeger and WVP. The environmental group has long been an opponent of Zinke and the White House. In a November interview on Fox News, Zinke said WVP is an organization that “that pretends to be a 501(c)(3) and advocate group,” and said that he would like to “see their books” and find out how they are funded.

Zinke released a statement on Saturday, citing “false accusations” for the reason of his departure. 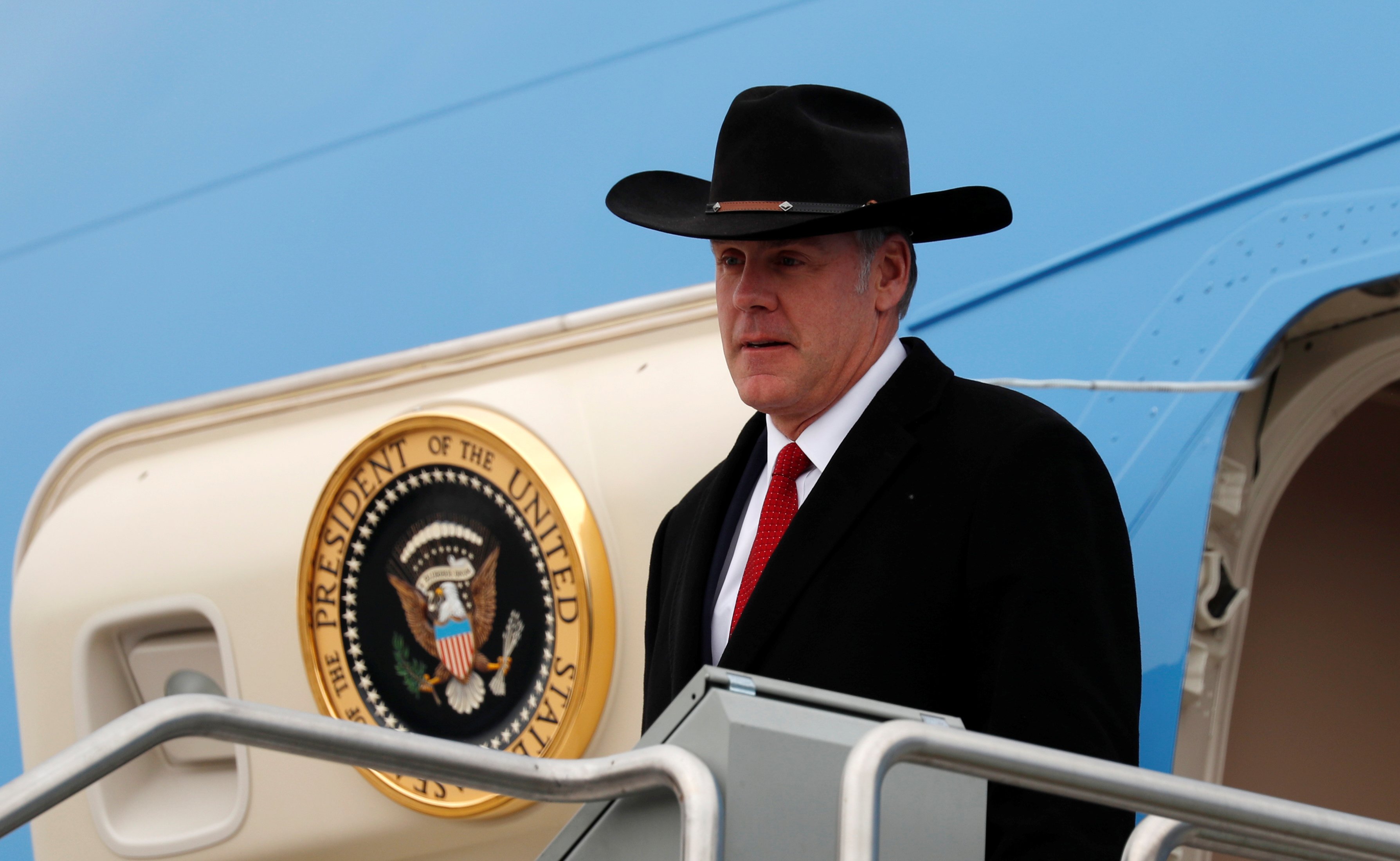 [A]fter 30 years of public service, I cannot justify spending thousands of dollars defending myself and my family against false allegations,” he said on Twitter. “It is better for the President and Interior to focus on accomplishments rather than fictitious allegations.”

The secretary’s tenure has been plagued by numerous scandals, having come under investigation by the Office of Special Counsel and the Department of the Interior inspector general at least 15 different times.

Should Bernhardt replace Zinke, the Interior Department would likely continue its current deregulation and “energy dominance” agenda. Bernhardt also has made a name for himself as an extremely hard worker. When the deputy secretary was commuting into work one day in 2017, he choked on a McDonald’s breakfast burrito, crashed into an apartment building, and still went into work later that day. (RELATED: Zinke Says Cost Of Fending Off ‘False Allegations’ Prompted Resignation)