“People from all over the world are being forced to migrate because the climate crisis is affecting their livelihood. The migrant caravan from Central America is a recent, startling example,” Gore tweeted Monday.

People from all over the world are being forced to migrate because the climate crisis is affecting their livelihood. The migrant caravan from Central America is a recent, startling example. This @FT video connects the dots in a profound way.  https://t.co/pGZwiUeIRZ

The migrant caravan, made up of thousands of mostly young males from Honduras and other Central American countries, arrived at the U.S.-Mexico border in November seeking asylum. Migrants are fleeing violent, corrupt countries with poor economies, but some environmentalists and journalists claim global warming is also to blame.

Gore pointed to a Financial Times video on “climate change and the migrant caravan,” claiming that while most migrants are fleeing violence, “climate change is also playing a part” based on an interview with a farmer-turned-migrant who’s crop failed.

The video, published on Dec. 13, largely reflects arguments made by some media outlets in the past few months that migrant caravans to the U.S. are a “preview of climate migrations” — meaning people driven from their homes due to global warming.

Many experts who have seriously examined claims linking climate to violent conflict and mass migrations have found little evidence to support such claims, but the media still applied the narrative by linking global warming to Central American migrations.

“Experts say that … climate change in the region is exacerbating – and sometimes causing – a miasma of other problems including crop failures and poverty,” The Guardian reported in October. 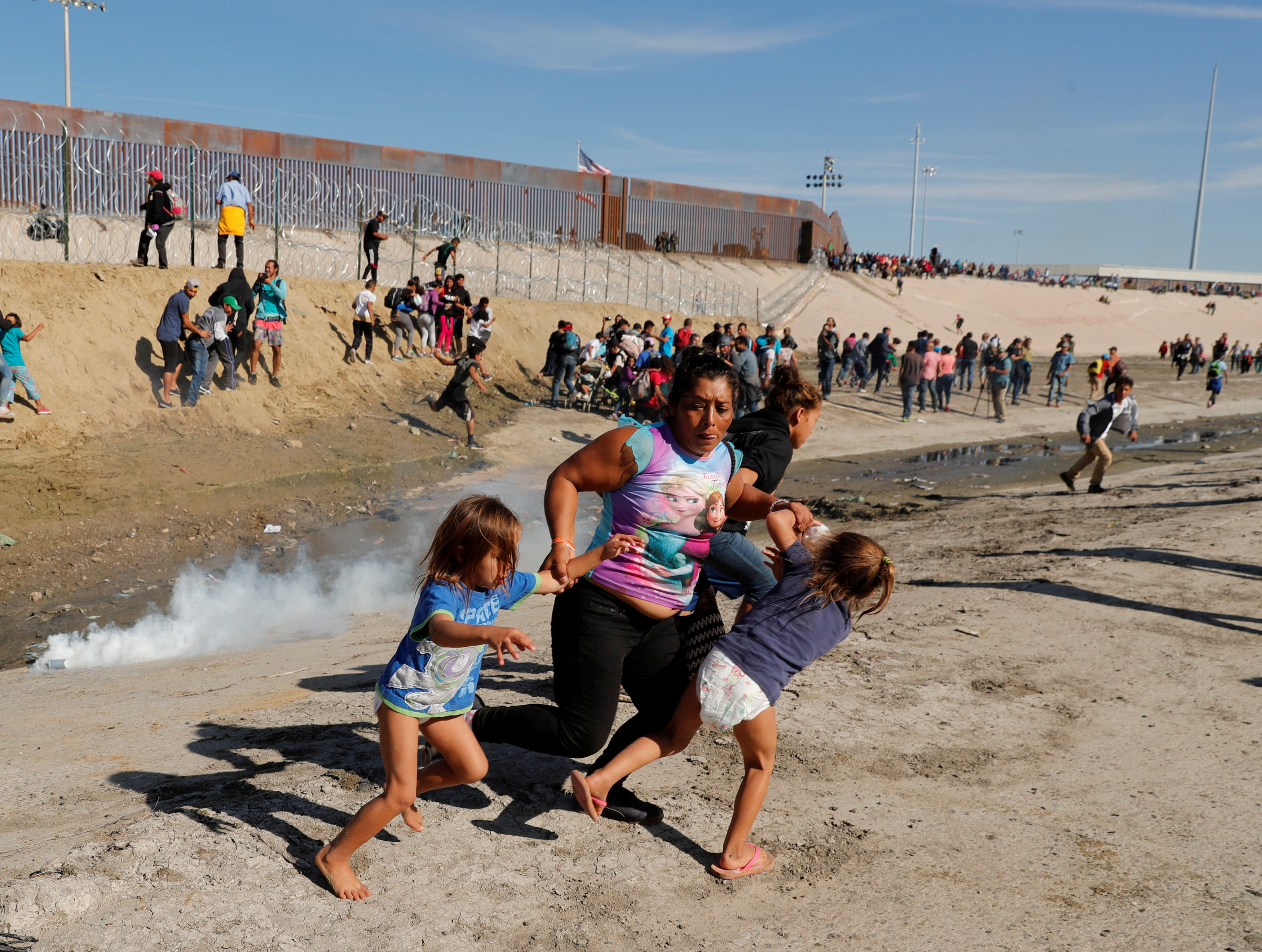 A migrant family, part of a caravan of thousands traveling from Central America en route to the United States, run away from tear gas in front of the border wall between the U.S and Mexico in Tijuana, Mexico, on Nov. 25, 2018. REUTERS/Kim Kyung-Hoon.

“And they warn that in the coming decades, it is likely to push millions more people north towards the US,” the paper reported.

Central American officials also claim global warming is part of the reason why their citizens are fleeing en mass. Governments say droughts have been made more frequent and intense by global warming.

However, the latest United Nations climate report in 2014 found “low confidence in a global-scale observed trend in drought or dryness (lack of rainfall) since the middle of the 20th century.”

The Guardian also noted that federal data showed “a surge in outward migration from western Honduras, a prime coffee-producing area.” The collapse in coffee bean prices has made growing it less profitable, forcing migrants to hit the road.