Pope Francis decried nationalism Tuesday and lambasted political leaders who blame migrants for societal problems, lauding instead the fraternity of the “globalized world.”

The pontiff’s comments were part of his message, entitled “Good politics is at the service of peace,” sent to governmental leaders for the Catholic Church’s World Day of Peace, which is Jan. 1. Francis chalked up distrust of migrants to attitudes of nationalism and xenophobia that he said threaten peace because they undermine globalism. (RELATED: NYT: ‘Unclear’ What Motivated Gunman Who Yelled ‘Allahu Akbar’ Before Attack)

“Political addresses that tend to blame every evil on migrants and to deprive the poor of hope are unacceptable. Rather, there is a need to reaffirm that peace is based on respect for each person,” Francis said, according to The Associated Press.

Francis added that mistrust of migrants and anxiety over security were “also seen at the political level, in attitudes of rejection or forms of nationalism that call into question the fraternity of which our globalized world has such great need,” according to Reuters.

The pontiff’s lecture against mistrusting migrants comes amid migrant integration crises in European countries with significant migrant populations like Germany and Denmark. Souring views on Islam and Muslim migrants have been reported among German and Danish locals, as well as in the U.K., France, Spain, the Netherlands, and Italy, all of which have faced a surge of Muslim migrants and most have suffered lethal Islamic terrorist attacks in recent years. 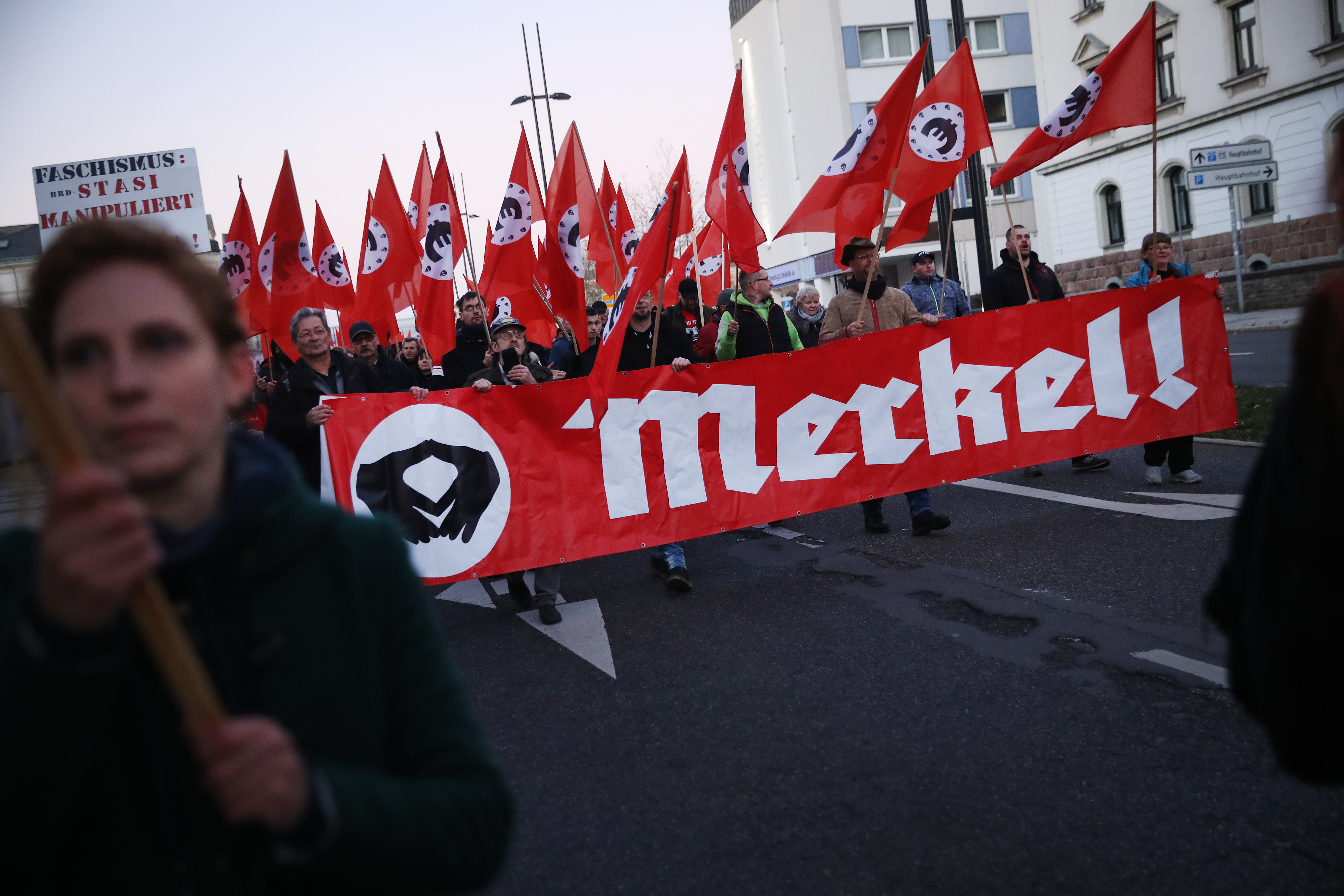 CHEMNITZ, GERMANY – NOVEMBER 16: Right-wing protesters carry a satirical banner in mock-support of German Chancellor Angela Merkel on the day she visited the city on November 16, 2018 in Chemnitz, Germany. Merkel is in Chemnitz following the murder of local Daniel Hillig in August, likely by migrants, and the large-scale right-wing protests the murder sparked. (Photo by Sean Gallup/Getty Images)

Francis nevertheless urged politicians to strive to cultivate “basic respect for the life, freedom and dignity of persons” in the respective countries they serve.

“Political office and political responsibility constantly challenge those called to the service of their country to make every effort to protect those who live there and to create the conditions for a worthy and just future,” the pontiff said, according to Crux.