A coalition of former Republican politicians and executive branch officials filed an amicus — or a “friend-of-the-court” — brief at the Supreme Court, arguing that President Donald Trump’s asylum rules are unlawful.

“The Attorney General’s regulation is inconsistent with the plain text and meaning of [federal law],” the brief reads. “That should be the end of the matter.”

The Trump administration issued new rules governing asylum claims in November as a migrant caravan coalesced in Tijuana, Mexico, near the border with the United States.

The rules operate in two parts: the departments of Justice and Homeland Security issued a regulation on Nov. 9 denying asylum eligibility to any alien subject to a presidential proclamation regulating immigration at the southern border. That same day, Trump issued an order suspending the entry of all aliens along the Mexican border, except those who arrive through designated points of entry.

For its part, the administration says the reforms are necessary to address an unprecedented security situation while it seeks a resolution with the Mexican government. 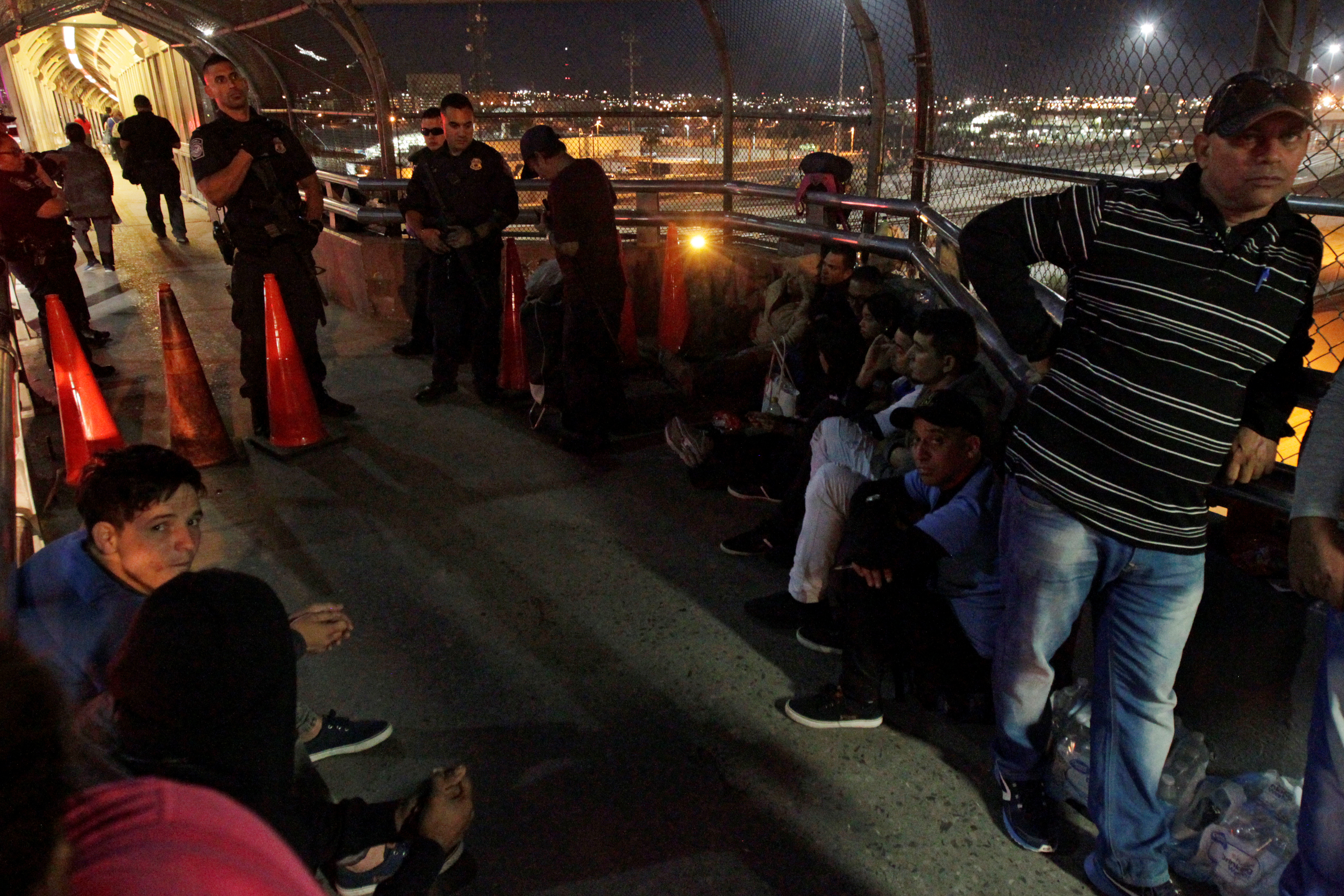 A group of Central Americans and Cubans hoping to apply for asylum wait at the border on an international bridge between Mexico and the U.S., in Ciudad Juarez, Mexico October 25, 2018. REUTERS/Jose Luis Gonzalez

In reply, the former GOP officials’ brief says the government is essentially arguing that the attorney general has a “a free hand to suspend asylum categorically for any reason for any duration.”

“Even if the attorney general only acted wisely, and only in response to a crisis, in issuing a suspension, that would be no substitute for a statutory limit, which is what separation of powers requires,” the brief reads.

The brief twice cites Justice Neil Gorsuch’s opinions on immigration issues — Gorsuch is probably the most likely of the conservatives to join with the liberal bloc on this matter. For example, the brief cites Gorsuch’s separate opinion from an April case called Sessions v. Dimaya, in which Gorsuch and the four liberal justices voted to strike down a deportation statute as unconstitutionally vague.

A federal judge issued an injunction barring enforcement of the new rules on Nov. 20. The 9th U.S. Circuit Court of Appeals upheld that decision on Dec. 8, prompting the federal government’s appeal to the Supreme Court. At this stage, the Justice Department is only asking the high court to lift the injunction and allow the rules to take effect while legal challenges work their way through the courts.