Now one of Silicon Valley’s most valuable private companies, the Altria deal values Juul at $38 billion and guarantees Juul will stay completely independent, according to The Wall Street Journal.

“We understand the controversy and skepticism that comes with an affiliation and partnership with the largest tobacco company in the U.S.,” Juul Chief Executive Kevin Burns said in a statement. “We were skeptical as well. But over the course of the last several months we were convinced by actions, not words, that in fact this partnership could help accelerate our success switching adult smokers.”

Altria and Juul’s deal makes Juul worth more than twice what it was worth just a few months ago, and ahead of several other well-known companies, including Airbnb, Lyft, Pinterest and Elon Musk’s SpaceX.

The e-cigarette company has been under scrutiny in recent months over its growing popularity among teenagers and children, even though the company claims it began on a mission to help addicted cigarette smokers quit. (RELATED: Did Juul Build Its E-Cigarette Empire By Marketing To Teens?)

The Food and Drug Administration (FDA) in September gave Juul 60 days to prove the vaping giant can keep the nicotine devices away from children, a threat that is still developing.

An annual survey of teenagers’ nicotine habits on Monday showed that more than 1.3 million high schoolers started using tobacco between 2017 and 2018 in a shift researchers attributed “solely” to vaping. 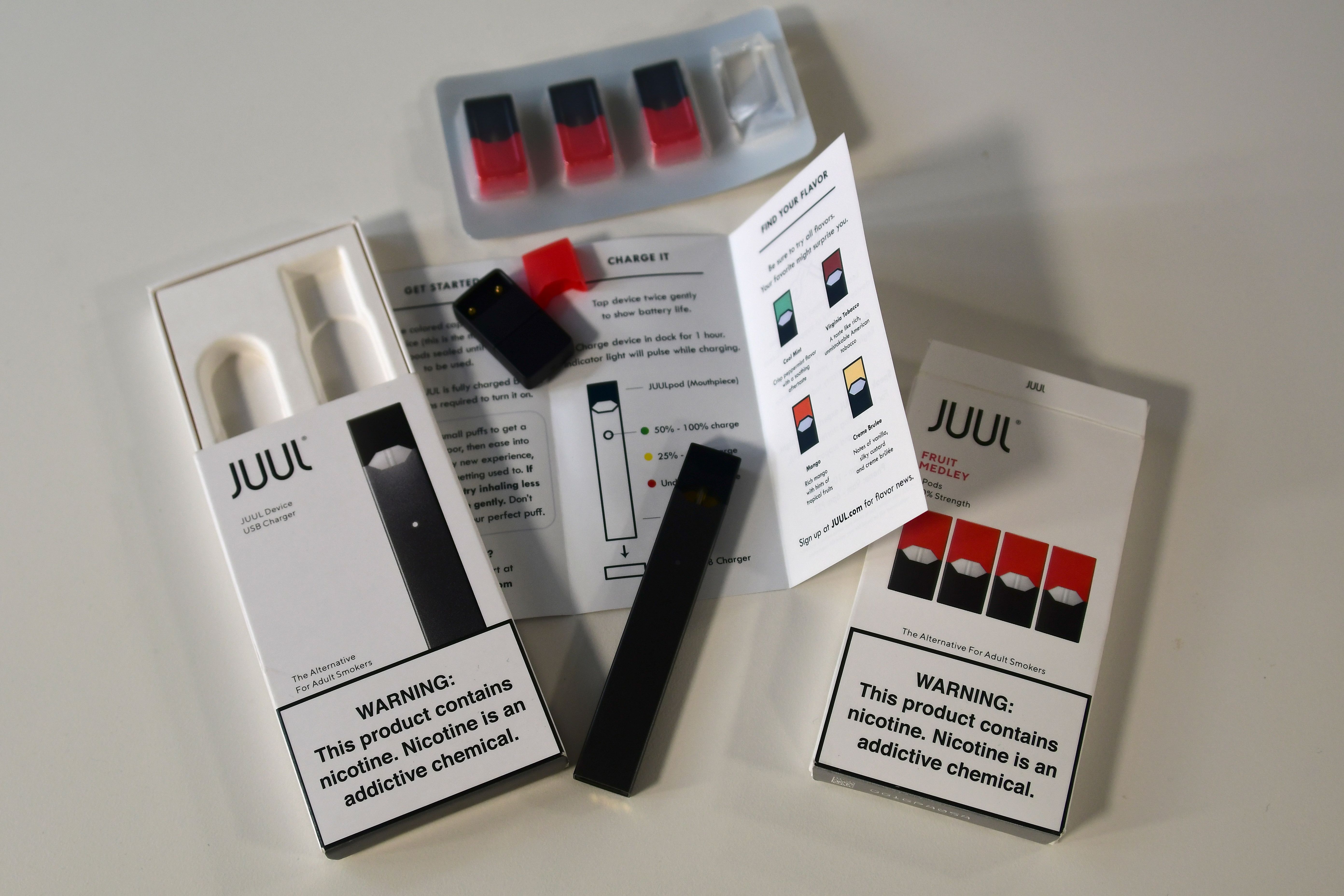 An illustration shows the contents of an electronic Juul cigarette box in Washington, DC October 2, 2018. (Photo by EVA HAMBACH / AFP)

Altria Chief Executive Howard Willard told WSJ that for them, the deal is about following the trend in which people are now choosing non-combustible products, or vapes, over cigarettes.

Altria is taking out $14.6 billion in debt to finance the deal, and said Thursday they’d also reduce spending and will cut an unknown amount of jobs.

If the deal is approved, Altria will be able to appoint one-third of Juul’s board of directors, and Juul will gain access to Altria’s customer databases and shelf space.