Over the course of 2018, the United Nations has voted to adopt some 27 condemnations — the vast majority of which were directed at the nation of Israel.

According to Hillel Neuer, executive director of United Nations Watch, 21 of the 27 condemnations were aimed at Israel. Iran, Syria, North Korea, Russia, Myanmar and the United States each received one.

What is perhaps more striking is the fact that totalitarian China had none — and neither did the terrorist organization Hamas. In fact, just weeks ago, the UN failed to pass a U.S.-led resolution that would have condemned Hamas for firing on Israel. (RELATED: US-Sponsored United Nations Resolution To Condemn Gaza Terror Group Hamas Fails)

Sohrab Ahmari, the op-ed editor at the New York Post, noted the disparity. He pointed out that Israel, though certainly flawed, was a democracy with a “free press, free elections, a boisterous parliament.”

Syria and North Korea, one each. Totalitarian China, none. https://t.co/OA6IKUau0o 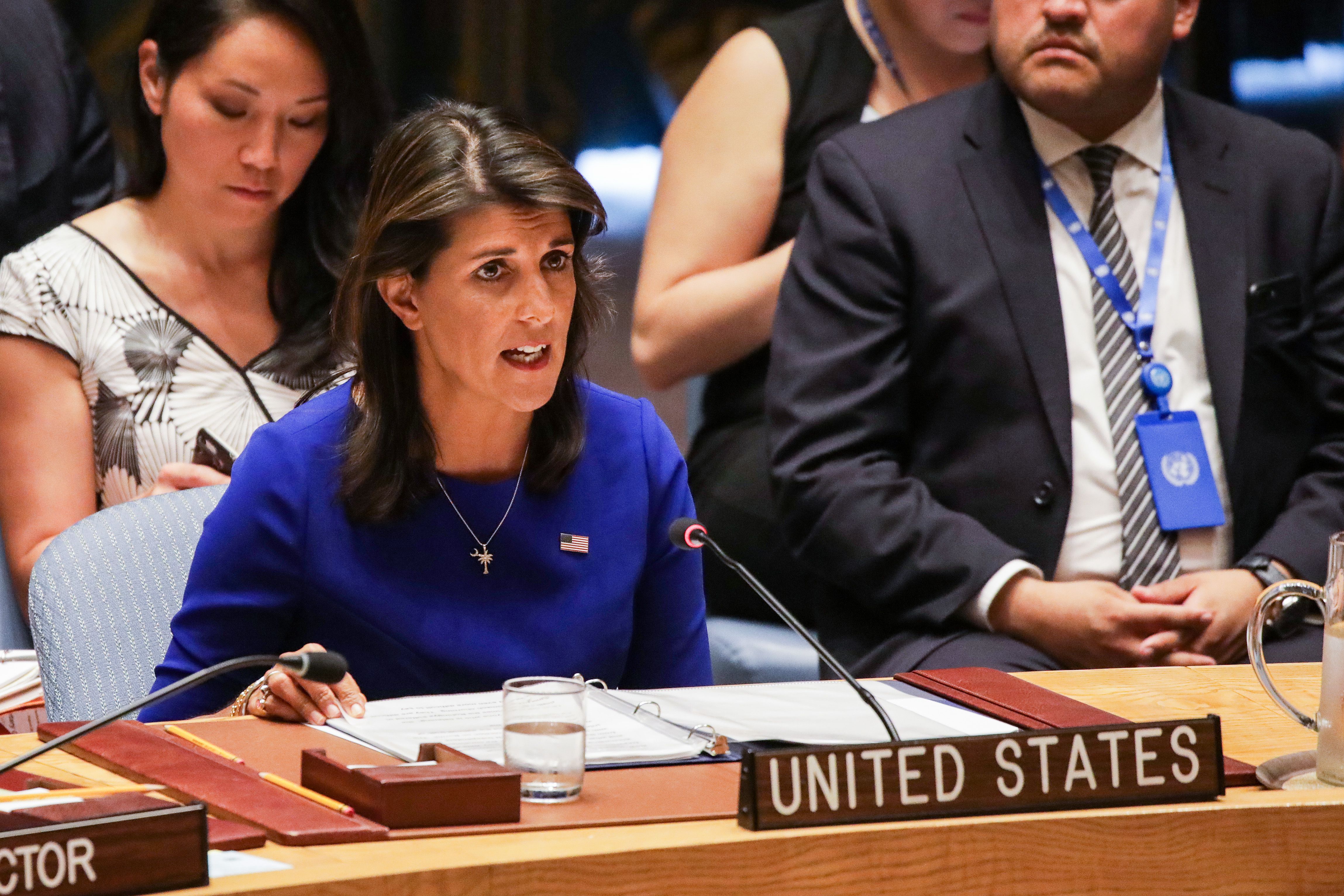 United States ambassador to the UN Nikki Haley speaks during a United Nations Security Council meeting on the situation in Myanmar at UN Headquarters in New York on August 28, 2018. DOMINICK REUTER/AFP/Getty Images

A number of Trump administration officials — including the out-going Ambassador to the UN Nikki Haley — have been harsh critics of the apparent double standard the international body has regarding Israel.

RT @USUN: Today we spoke some hard truths. We can’t talk about peace in the Middle East until we can agree on a basic condemnation of Hamas and its terrorism. The UN had a chance to do that today, and it failed. pic.twitter.com/BSHvdgy94J

condemning a terrorist organization should be easy. https://t.co/ei503400Z7

State Department spokeswoman Heather Nauert has been nominated to replace Haley, who announced in October her intent to resign at the end of the year.