House Democrats are reportedly trying to restore federal funding for overseas abortions Thursday in a spending bill that is supposedly designed to end the partial government shutdown.

As the Washington Examiner reports, the legislation is also about providing abortions to third world countries by repealing a Trump administration policy that insists non-governmental organizations agree to not “perform or actively promote abortion as a method of family planning.”

That measure, known as the Protecting Life in Global Health Assistance, has been heralded by pro-life groups as legitimate means of preventing taxpayer dollars from paying for foreign abortions. Trump signed the executive order shortly after his inauguration in January 2017, ultimately putting the policy into place. (RELATED: Mike Pence Addresses 45th March For Life) 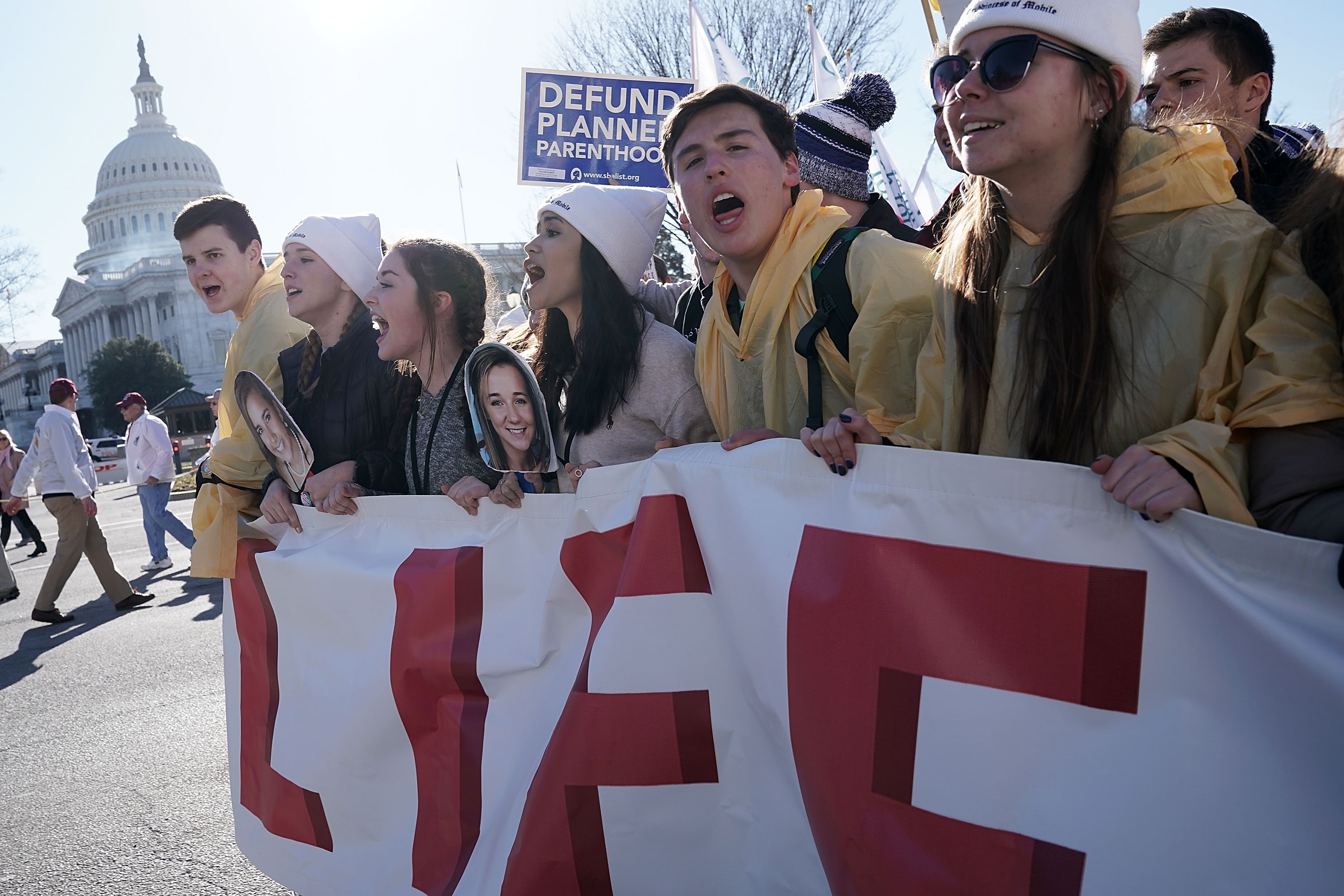 Pro-life activists participate in the 2018 March for Life as they pass in front of the U.S. Capitol Jan. 19, 2018 in Washington, DC. (Photo by Alex Wong/Getty Images)

It stands in stark contrast to policies of Canadian Prime Minister Justin Trudeau, who has made abortion a cornerstone of his government’s foreign aid and actively promoted the policy at last summer’s G-7 summit in Quebec.

The House Democrats are also inserting an additional $5 million in funding for the United Nations Population Fund that critics say peddles access to abortion and forced sterilization around the world. The federal government already contributes $32.5 million to the program. (RELATED: Trump Makes History, Becomes First President To Give Video Address At March For Life)

David Christiensen, director of government affairs for the pro-life Family Resource Center, told The Daily Caller Thursday that the Democrats are making good “on their promise to massively expand abortions overseas and to subsidize abortions everywhere. The Democrats’ first vote is to force taxpayers to fund abortion. Pro-lifers need to be fully engaged. Thankfully the senate and the president will provide a backstop against this sort of behavior.”

The pro-life organization March for Life says it will actively oppose the Democratic bill if it pushes abortion measures. Marjorie Dannenfelser, president of the anti-abortion Susan B. Anthony List, said in a statement reported by the Examiner that Democrats were “already trying to foist a radical pro-abortion agenda on the nation.”

Dannenfelser added, “A strong majority of Americans oppose taxpayer funding of abortion,” and noted that forcing taxpayers to pay makes them “complicit in the exportation of abortion and destruction of countless unborn children around the world. This is unconscionable and we oppose the bill in the strongest terms.”

A pro-life demonstrator (L) and a pro-choice counter-protester (R) laugh together as the annual March for Life concludes at the U.S. Supreme Court in Washington, DC, U.S. Jan. 27, 2017. REUTERS/James Lawler Duggan

Democrats are expecting to introduce different spending bills Thursday. The first will focus primarily on homeland security and will explicitly fail to meet President Donald Trump’s demand that Congress fund the proposed border wall with $5 billion. The second will reportedly include the money for abortion policies and programs.

Neither bill is expected to be embraced by the Senate, where the Republicans remain in control. Senate Majority Leader Mitch McConnell has described the legislation as a “non-starter.”