The president made his appeal for a wall on the U.S.-Mexico border directly to the American people on Tuesday night, marking his first prime-time Oval Office address since taking office. 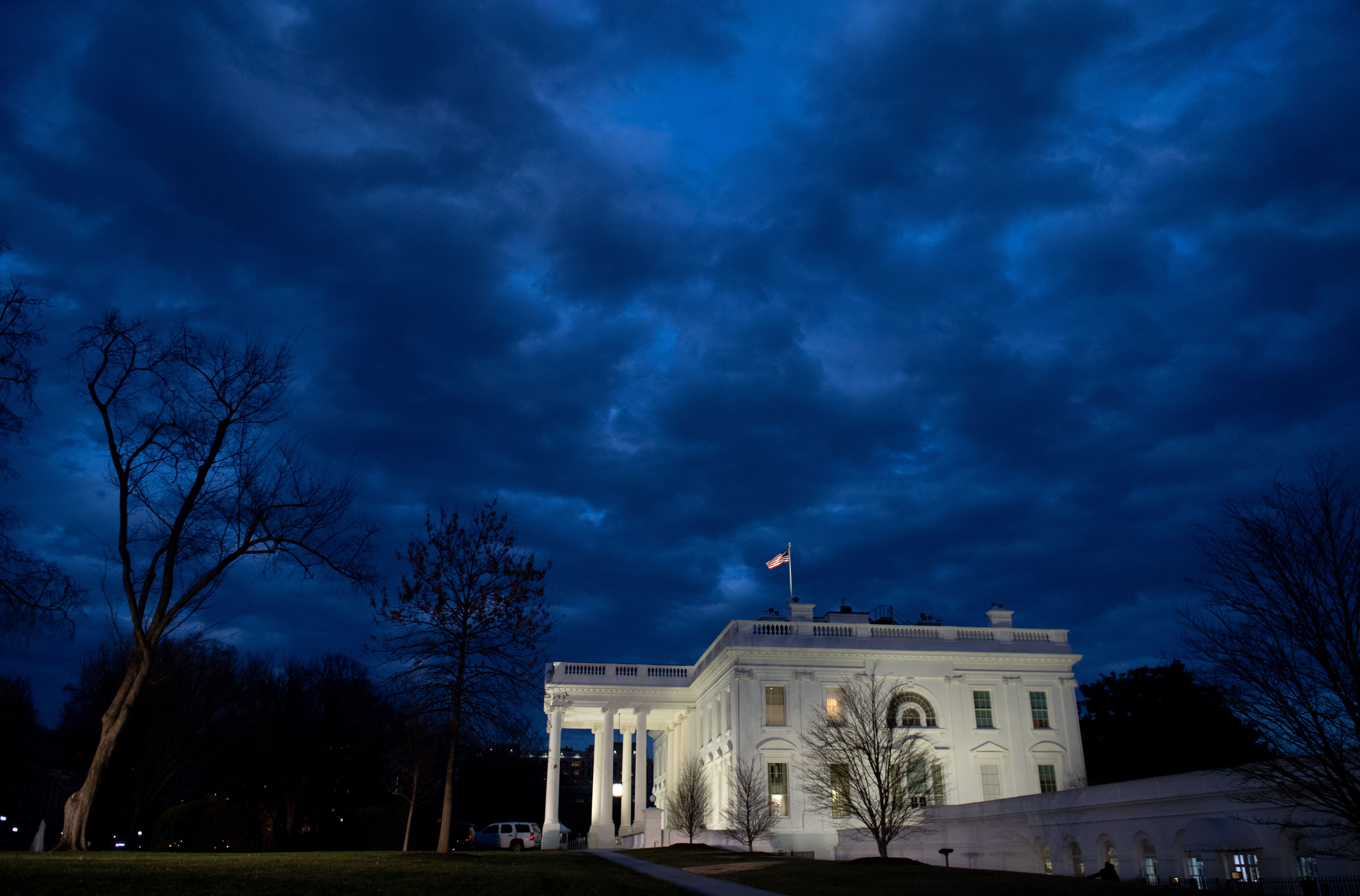 The White House is seen in Washington, DC, on January 8, 2019, ahead of an address on border security and the government shutdown from US President Donald Trump. (Photo by SAUL LOEB/AFP/Getty Images)

The president repeatedly referred to the situation at the border with illegal immigration as a “crisis.”

“America proudly welcomes millions of lawful immigrants who enrich our society and contribute to our nation. But all Americans are hurt by uncontrolled illegal migration,” Trump asserted.

“Last month 20,000 migrant children were illegally brought into the United States, a dramatic increase. These children are used as human pawns by vicious coyotes and ruthless gangs,” the president continued. “One in three women are sexually assaulted on the dangerous trek up through Mexico. Women and children are the biggest victims, by far, of our broken system. This is the tragic reality of illegal immigration on our Southern border. This is the cycle of human suffering that I am determined to end.”

The address came in the midst of the third week of the partial government shutdown as Republicans and Democrats fight over spending on border security. The president reiterated his demand for $5.7 billion for a physical border barrier and humanitarian aid. Democratic leaders have thus far only offered $1.3 billion for the vaguer “border security.”

Despite multiple negotiation meetings at the White House, both sides have held firm with their respective demands. (RELATED: Trump: Government Shutdown Could Last As Long As A Year)

Trump has reframed his request for a border wall in multiple ways in an attempt to make it more appealing to Democrats, such as focusing on steel slats instead of a concrete wall and by requesting more money for humanitarian aid and for beds for immigrant detainees. 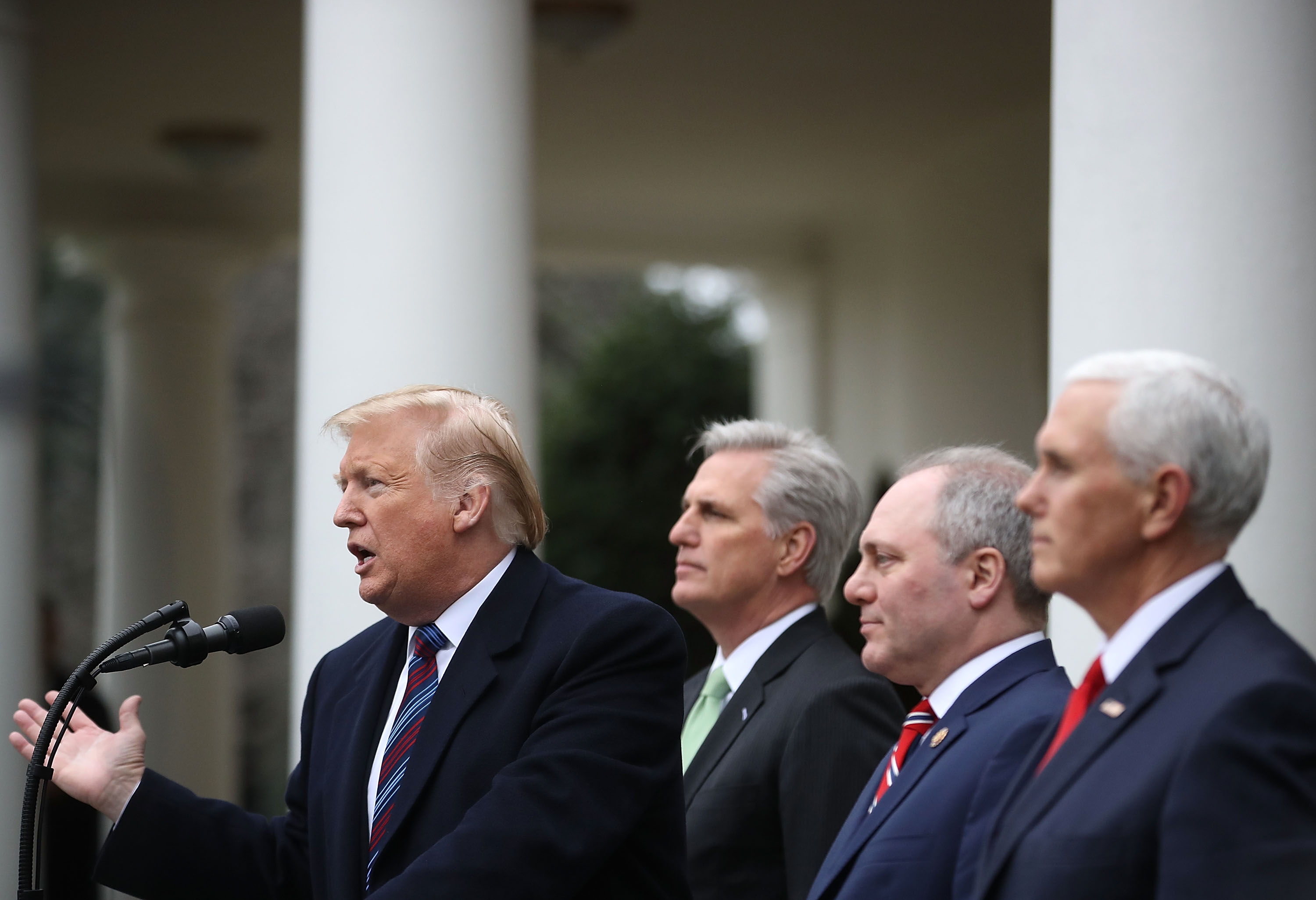 Trump also noted during his national address that Democrats previously approved funding for physical barriers on the border, claiming, “they changed their mind only after I was elected president.”

“The federal government remains shut down for one reason and one reason only because Democrats will not fund border security,” Trump said. “My administration is doing everything in our power to help those impacted by the situation. But the only solution is for Democrats to pass a spending bill that defends our borders and reopens the government.”

The president added that it is “so sad” and “so terrible” to see the families affected by illegal immigrant crime, particularly the atrocities committed by the violent MS-13 gang.

“This is a choice between right and wrong. Justice and injustice. This is about whether we fulfill our sacred duty to the American citizens we serve. When I took the oath of office, I swore to protect our country. And that is what I will always do, so help me God,” Trump concluded.

President Trump previously floated the idea of declaring a national state of emergency to build the wall last week but declined to do so during Tuesday’s address.

On Thursday, the president will travel to the U.S.-Mexico border to “meet with those on the front lines of the national security and humanitarian crisis,” as announced by White House press secretary Sarah Sanders on Monday.

Read the full transcript of the president’s national address HERE.