The Supreme Court may soon take up its first significant abortion controversy under the newly solidified conservative majority.

The case at issue is a challenge to an Indiana law forbidding abortions on the basis of a fetus’ sex, race or disability and requires doctors to inform their patients of the same. The law also obliges medical professionals to cremate or bury fetal remains.

Vice President Mike Pence signed the legislation during his tenure as governor of Indiana.

Pro-life advocates say the law is needed to protect the dignity of post-abortive fetuses and prevent eugenic abortions. But pro-choice groups warn that the statute undermines the legal foundations of abortion by advancing the cause of fetal personhood and permitting government scrutiny of a woman’s reasons for terminating a pregnancy.

Planned Parenthood of Indiana and Kentucky challenged the law in court. A federal judge in Indianapolis permanently barred enforcement of the law in 2017. A three-judge panel of the 7th U.S. Circuit Court of Appeals affirmed that decision. The panel unanimously agreed that the anti-selective termination provisions were unconstitutional because they effectively amounted to an “absolute prohibition” on abortions.

However, the panel split two to one as to the fetal disposal provisions — there, the majority said that Indiana could not justify the disposal regulations since fetuses do not count as persons under the Constitution.

The full 7th Circuit elected to review the panel ruling in June 2018, but reversed course after Judge Michael Scudder recused himself from the matter. Scudder’s recusal left the court evenly divided, so the panel decision was upheld.

That result drew a dissent from Judge Frank Easterbrook, who was skeptical that current precedent forbids the Indiana ban on race, sex or disability selective abortions. He urged the Supreme Court to resolve the matter. 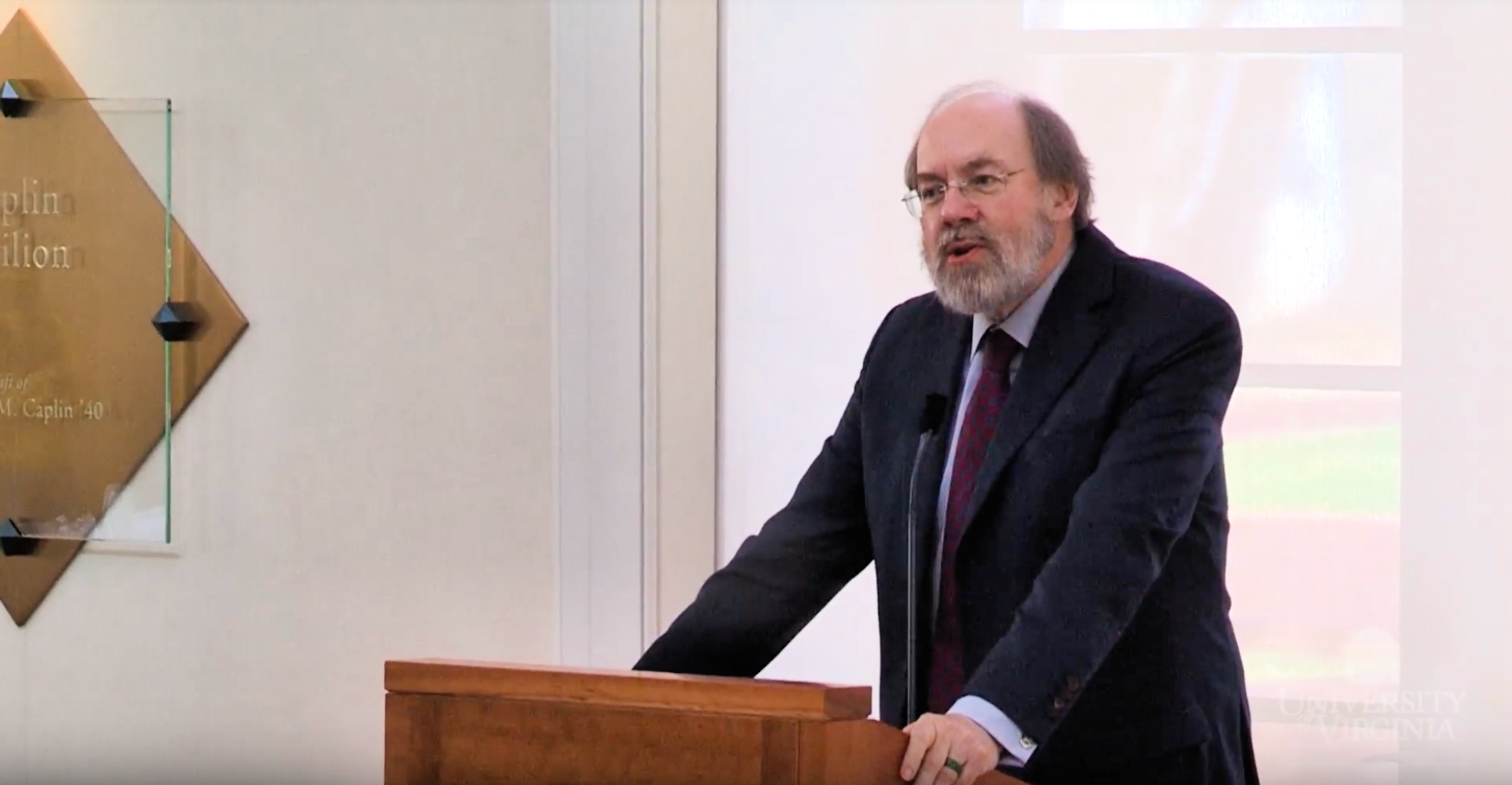 “Only the Supreme Court can determine the answer; we might guess, but the justices can speak authoritatively,” Easterbrook wrote. Elsewhere in the opinion, he argued that the fetal disposal provisions were clearly permissible, noting the states can regulate the welfare of non-human entities like dogs and horses.

Three other 7th Circuit judges joined Easterbrook’s opinion, including Judge Amy Coney Barrett, widely seen as a leading contender for the Supreme Court should another vacancy arise during the Trump administration.

Indiana says the high court’s intervention is especially necessary because the 7th Circuit’s ruling conflicts with a 1990 decision of the 8th U.S. Circuit Court of Appeals. In that instance, the 8th Circuit upheld a Minnesota law Indiana claims is identical to its own. The justices are much more likely to intervene if the federal appeals courts disagree about the same question of law.

Planned Parenthood counters that the Minnesota law is factually and legally different from its case, such that Indiana is greatly overstating the conflict, if it exists at all. (RELATED: Judge Says Christian Baker Jack Phillips’ Lawsuit Against Civil Rights Officials Can Proceed)

The 8th Circuit itself is currently considering a challenge to an Arkansas law, which, among other things, sets guidelines for fetal disposal that are similar to Indiana’s. A decision on that matter is expected by the summer. As such, even if the Supreme Court declines to take on the Indiana case, it will likely be presented with another fetal remains petition this year.

A large coalition of pro-life groups have filed amicus (or “friend of the court”) briefs urging the justices to take the Indiana case, including the Susan B. Anthony List, Alliance Defending Freedom and Fondation Jérôme Lejeune, an international human rights front for people with genetic diseases like Down syndrome.

Pro-life advocates may have little reason to be sanguine — some court watchers have speculated the justices are reluctant to charge into the social thicket so soon after the contentious confirmation of Justice Brett Kavanaugh. 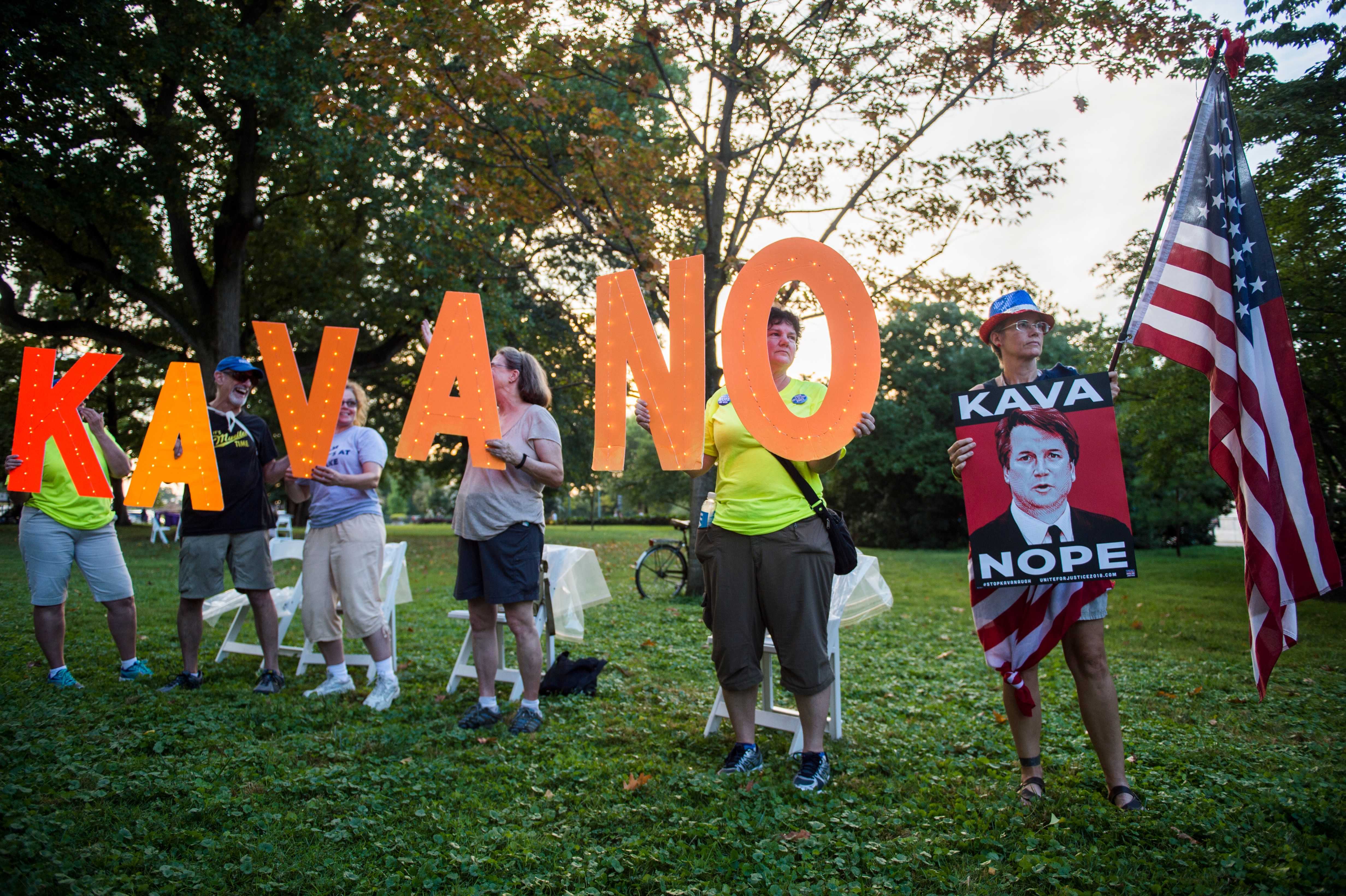 Protesters hold up signs during a rally near Capitol Hill against the confirmation of Judge Brett Kavanaugh for the Supreme Court. (Andrew Caballero Reynolds/AFP/Getty Images)

For example, in December 2018 Kavanaugh and Chief Justice John Roberts joined with the liberal bloc to vote against review in a case implicating state Medicaid funding of Planned Parenthood, prompting a fierce dissent from Justice Clarence Thomas, who accused his colleagues of dodging the petition for political reasons.

The justices have “relisted” the Indiana petition once — the case was scheduled for discussion during a private conference on Jan. 4, then set for further consideration at a forthcoming Jan. 11 conference. This could be a sign the petition is under careful scrutiny.

A decision as to whether the court will hear the Indiana case could come as soon as Friday. The case is Box v. Planned Parenthood.