One member of the crowd, which was mostly students, grilled Trudeau on his “open border” policy that the questioner suggested Trudeau’s was doing nothing to fix.

”We’ve got an open border allowing [anyone] to come in freely. What are we doing about … an open border?”  (RELATED: Trudeau Defends His Immigration Policies When Asked About Syrian Refugee Charged With Murder)

He said Trudeau was dangerously blasé about the issue. “You’re saying, ‘It’s okay. It won’t happen to us.’ It’s happening in France and it’s happening all over.”

The man responded that other countries were tightening their borders because of security threats. Speaking of some Islamic extremists, he said, “They’ve openly stated that they want to kill us and you’re letting them in.”

Trudeau seemed frustrated by the question, saying to himself, “How am I going to go on this?” Instead of addressing the threat of Islamic extremism, the prime minister told the audience that immigration has defined Canada. “Canada is a country that was built by immigration … waves and waves of people came to this country.” (RELATED: Conservatives Tell Trudeau To Stop UN From Making Immigration Policy In The Country) 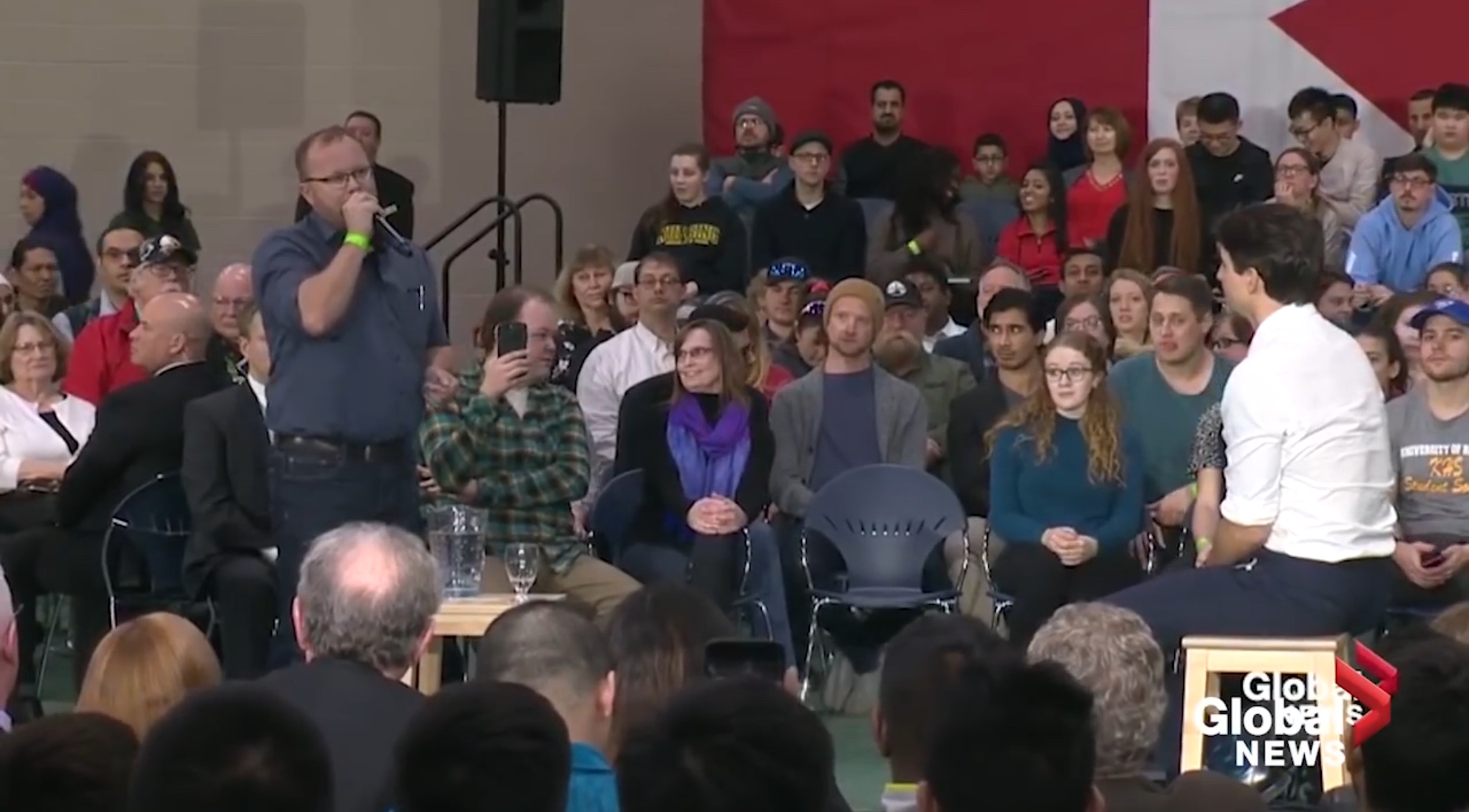 The Trudeau government faces regular criticism over its immigration and refugee policies, something the Conservative Official Opposition has called a “border crisis.” While the illegal immigrants cross the New York border into Canada and wait to see a refugee board, they receive accommodation, medical care and legal aid at taxpayer expense. The government is paying for many to stay in three-star hotels because migrants have already eliminated any vacancies in homeless shelters. The Opposition has tabulated the cost to the federal government at over $1 billion (CAD).

Trudeau was also asked Thursday night about his government’s failure to build an oil pipeline from Edmonton to Vancouver after it nationalized the Kinder Morgan Trans Mountain Pipeline last summer. Trudeau insisted he was committed to seeing the project through.

Another member of the audience brought up the Trudeau government’s carbon tax, asking, “Why would you charge a carbon tax and take money away from our pockets?” Trudeau immediately rephrased the inquiry, telling the audience “The question is, ‘why are we putting a price on pollution?’”

Trudeau insisted the carbon tax would prevent people from “polluting”  with carbon and this would help “fight climate change,” something he said was “real.”