Democratic New York Sen. Kirsten Gillibrand announced on Tuesday that she is launching an exploratory committee to run for president in 2020.

“I’m filing an exploratory committee for president of the United States tonight,” Gillibrand told Stephen Colbert while appearing on ‘The Late Show.’ Colbert tweeted part of the segment ahead of the episode’s Tuesday night airing.

Gillibrand revealed in November she was still mulling over a 2020 presidential run, even though she pledged prior to her midterm election she would serve her full six-year term if re-elected to the Senate. After she handily won re-election by 33 points, she seemingly walked back that pledge.

The New York senator has faced ongoing backlash for leading the campaign to remove former Sen. Al Franken from office after allegations of sexual misconduct surfaced. Franken, a Minnesota Democrat and a frequent critic of President Donald Trump, was once considered to be a key player in the resistance to the Trump administration due to his placement on multiple Senate committees.

Following her criticism of Franken, a number of large Democratic donors pulled back their support for Gillibrand, suggesting they would no longer help fund a run for president. (RELATED: Kirsten Gillibrand’s Small Donations Spike As 2020 Mega Donors Steer Clear) 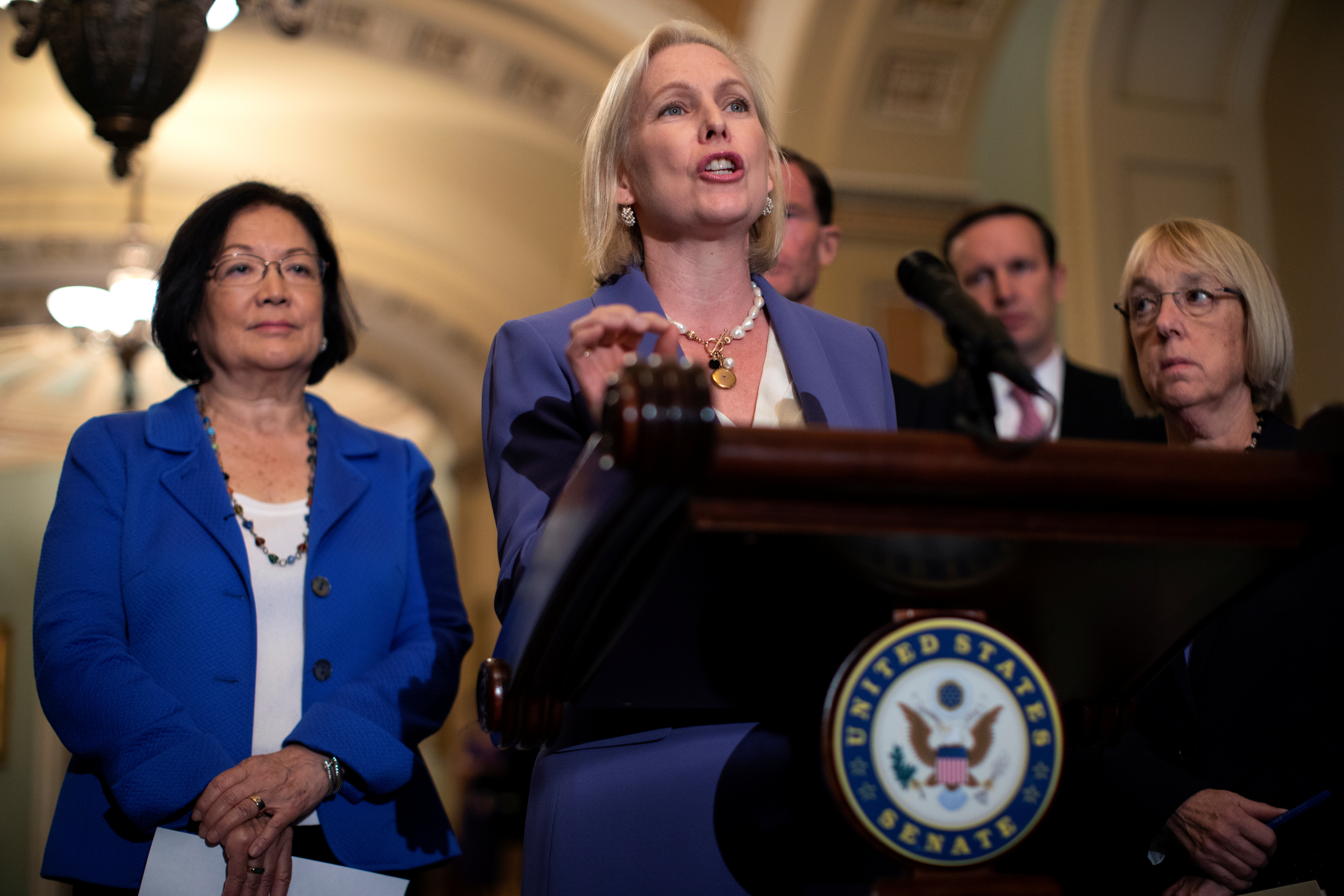 Regardless, Gillibrand received an influx of small campaign contributions. As of November 2018, the New York senator had $17.5 million in the bank, $5.5 million of which came from small dollar donations.

Following Warren, Gillibrand is the second senator, and second female senator, to declare their plans to begin the legal process of running for president in 2020.

Gillibrand is a vocal advocate of women’s issues and has been an outspoken supporter of the Women’s March. In December, she insisted that the future is “female” and “intersectional.”

Gillibrand’s campaign will likely focus on intersectionality and gender politics as she tries to carve out a niche in a potentially crowded Democratic primary field. She attended a private meeting with roughly 20 feminist leaders on Saturday, including feminist Gloria Steinem, asking for their assistance with her impending presidential run.