GOP Sen. Ben Sasse of Nebraska introduced a Senate resolution Wednesday providing that it is unconstitutional to disqualify a nominee from public office based on their membership in the Knights of Columbus.

The resolution, which The Daily Caller News Foundation obtained in advance of its introduction, comes after Democratic Sens. Mazie Hirono of Hawaii and Kamala Harris of California pressed a judicial nominee to the federal trial court in Nebraska about his affiliation with the knights, a Catholic mutual benefit society with almost 2 million members worldwide.

Sasse’s resolution passed without opposition just after 6:00 p.m. on Wednesday, following a floor speech in which the senator extolled the importance of religious liberty.

“There are many people on the left who act like every political fight is going to bring about heaven or hell on earth — and so there are a lot of folks for whom politics is a religion,” Sasse told TheDCNF after the resolution was adopted. “I think America at its best has affirmed the dignity of every individual and their right to free speech, free press, and freedom of worship.”

Resolutions of the sort Sasse put forward are generally offered to support non-controversial propositions and are adopted by the unanimous consent of the chamber. “Unanimous consent” means that the Senate endorses the resolution without a vote.

As such, Sasse’s resolution was tactically shrewd: passage effectively amounts to a rebuke of Harris and Hirono. Adverse political consequences could have followed had Democrats opposed it.

A Marist poll sponsored by the Knights of Columbus released Wednesday found that 85 percent of respondents — including 90 percent of Democrats — said religion should not be a factor when assessing someone’s fitness to serve in the federal government.

“It is the sense of the Senate that disqualifying a nominee to federal office on the basis of membership in the Knights of Columbus violates the Constitution of the United States,” the resolution reads.

Article VI of the Constitution forbids the imposition of a religious test on prospective officeholders. (RELATED: Ruth Bader Ginsburg Has No Remaining Cancer, Supreme Court Announces)

Harris is expected to declare her bid for president in the near future. The senator has embarked on something of a soft launch in recent days, featuring a Jan. 10 appearance on “The Late Show” that left little doubt as to her intentions. 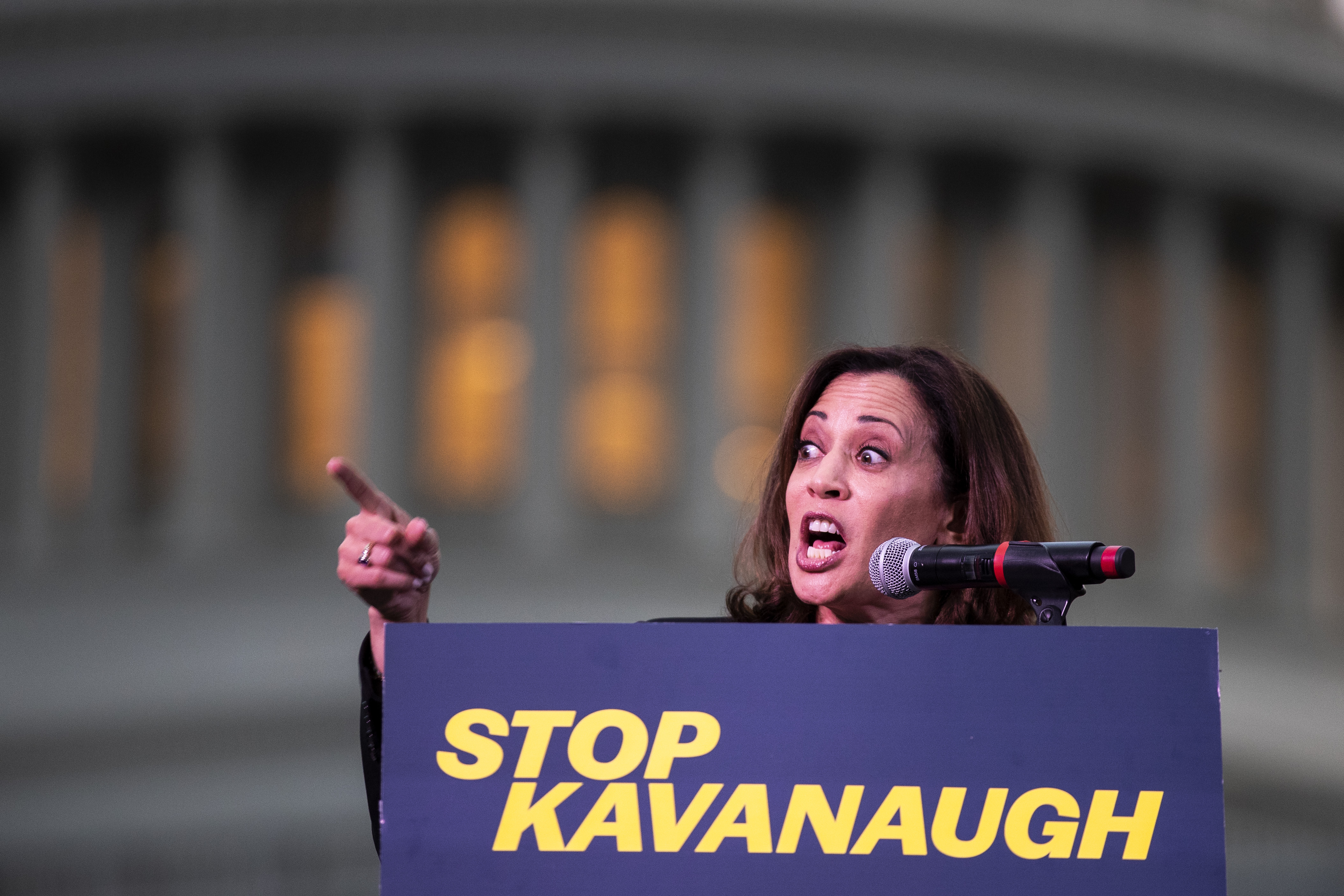 The controversy over the Knights of Columbus emerged in December 2018 when Harris and Hirono asked a federal judicial nominee named Brian Buescher about his affiliation with the group in a series of written questions, which followed his Nov. 28 confirmation hearing.

The senators cast the knights as an “all-male society” that takes “extreme” positions on social questions like abortion and gay marriage. Hirono proposed that Buescher resign his membership in the group to avoid the appearance of bias.

In response, Buescher said that the knights “do not have the authority to take personal political positions on behalf of all of its approximately 2 million members.”

Hirono’s office has dismissed criticism of her inquiries as “far-right wing manipulation of straightforward questions.”

Sasse drew an explicit parallel between the Buescher nomination and that of Judge Amy Coney Barrett who was questioned about how her religious convictions would bear on the discharge of her judicial duties, in view of Barrett’s scholarly writings on that subject as a student at Notre Dame Law School. Those questions were roundly condemned by Christian leaders.

Like Buescher, Barrett is a Catholic. She was confirmed to the 7th U.S. Circuit Court of Appeals in October 2017.

“Brian Buescher’s experience with the Knights of Columbus is very similar to what you heard for Amy Barrett,” Sasse told TheDCNF. “I think there is a pattern here and I think we need to shine a big spotlight on it and make sure folks can’t get away with this nonsense.”

Buescher is an attorney in the Omaha offices of Kutak Rock LLP, where he leads the agribusiness litigation practice. His nomination to the U.S. District Court for the District of Nebraska is pending.