Democratic New York Sen. Kirsten Gillibrand reversed her position on allowing illegal immigrants to obtain drivers’ licenses only a day after she announced that she will seek the Democratic nomination for the presidency in 2020.

Gillibrand told reporters just outside of Troy, New York, during her presidential campaign kickoff Wednesday that she is now supportive of granting illegal immigrants the ability to procure a driver’s license, reported the New York Daily News.

“I think we have to make it possible for people to provide for their families,” the New York senator said. “We need comprehensive immigration reform.Without doing that, you’re not going to get the problem solved for the rest of the country.”

Gillibrand notably expressed her opposition to the proposal in 2007 while she was serving as the congresswoman for New York’s 20th Congressional District, according to The Free Beacon. Instead, she supported legislation requiring individuals to provide proof of citizenship prior to obtaining a driver’s license. (RELATED: I Never Meant Abolish ICE When I Said ‘Abolish ICE’)

Gillibrand announced Tuesday that she is launching an exploratory committee to challenge President Donald Trump in 2020. Only months earlier, she pledged she would serve her full six-year term if re-elected to the Senate in 2018. She seemingly walked back that pledge after she handily won re-election by 33 points in November. 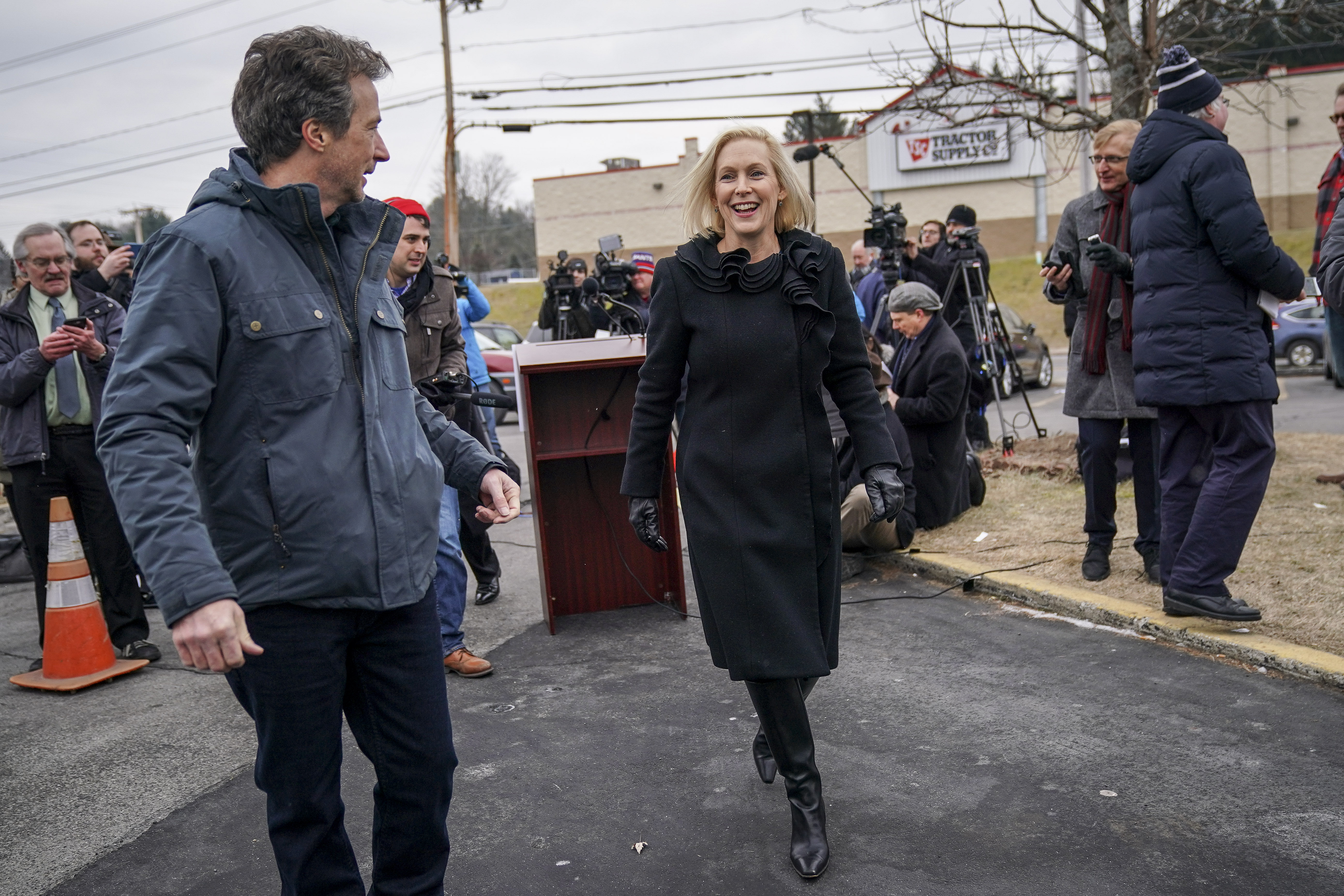 Sen. Kirsten Gillibrand and her husband Jonathan Gillibrand walk together after a media availability announcing she will run for president in 2020 (Drew Angerer/Getty Images)

Following Massachusetts Democratic Sen. Elizabeth Warren, Gillibrand is the second senator, and second female senator, to declare their plans to begin the legal process of running for president in 2020.

Gillibrand’s campaign will likely focus on intersectionality and gender politics as she tries to carve out a niche in a potentially crowded Democratic primary field. She attended a private meeting with roughly 20 feminist leaders on Saturday, including feminist Gloria Steinem, asking for their assistance with her impending presidential run.