A notable LGBT congressman has come to the defense of Hawaii Democratic Rep. Tulsi Gabbard as she takes flak for past statements made about “homosexual extremists.”

“I know what it feels like to be on the receiving end of anti-LGBTQ discrimination directed against me,” Democratic Rep. Sean Patrick Maloney — the first openly gay congressman from New York — said in a statement Wednesday.

“But I also understand how important it is that we encourage people to admit their error, grow and evolve, as much of the country has done over the last two decades,” Maloney continued.”That is exactly what Tulsi Gabbard has done. She recognized the fault in her past views and the pain she was causing, and she has apologized. She admitted her error and has become a strong ally and close friend in Congress.”

Maloney’s comments come after Gabbard has received heavy criticism from her party’s liberal base for her previous stance on LGBT issues. Her past comments have been thrust into the spotlight since announcing her run for the Democratic presidential nomination earlier in January.

Before winning her congressional seat in 2012, Gabbard served in the Honolulu City Council and the Hawaii House of Representatives in the early 2000s. During that time, she actively campaign against and denounced the concept of gay marriage.

During her first run for the Hawaii state House, a young Gabbard touted her past work with the Alliance for Traditional Marriage, a political action committee run by her father that helped pass an amendment in 1998 giving the state legislature power to “reserve marriage to opposite-sex couples.”

“To try to act as if there is a difference between ‘civil unions’ and same-sex marriage is dishonest, cowardly and extremely disrespectful to the people of Hawaii,” the 22-year-old state representative said in 2004 when testifying against a same-sex union bill. “As Democrats, we should be representing the views of the people, not a small number of homosexual extremists.”

She used the “homosexual extremist” reference more than once during her tenure in the state legislature. 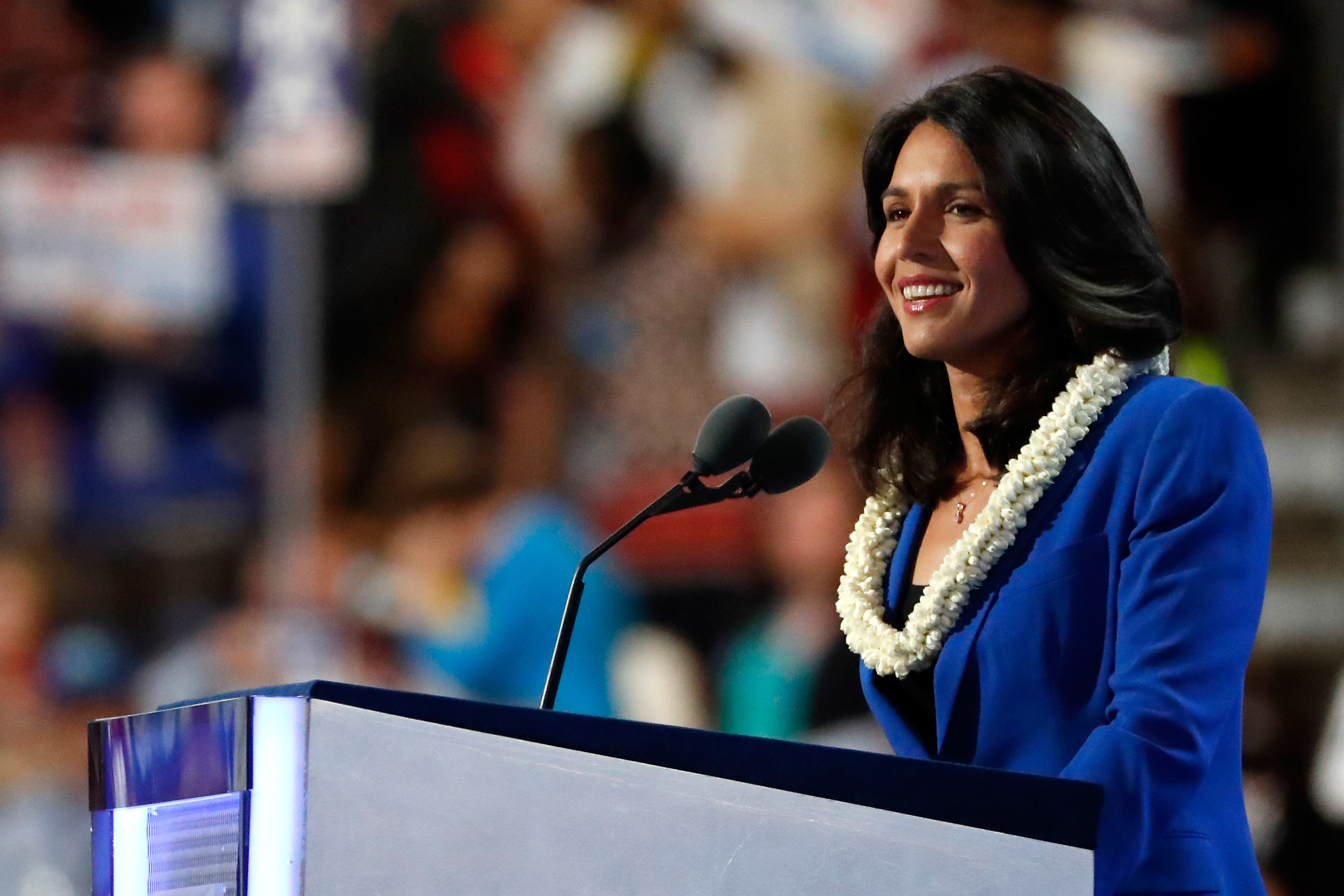 Gabbard, however, has shifted markedly left on LBGT issues since that time. The Iraq War veteran entered Congress as a strong supporter of same-sex marriage, co-sponsoring pro-LGBT legislation and earning a score of 100 from the Human Rights Campaign.

“First, let me say I regret the positions I took in the past, and the things I said,” the congresswoman stated to HuffPost after launching her presidential campaign. “I’m grateful for those in the LGBTQ+ community who have shared their aloha with me throughout my personal journey.” (RELATED: Democratic 2020 Hopefuls Turn Senate Hearing Into Climate Change Brawl)

Despite repudiating her past opposition to gay marriage, the presidential hopeful has continued to receive criticism from left-wing outlets, with many of them labeling her comments from the early 2000s as “homophobic.” The issue could prove devastating as she seeks the nomination from a party that has become very approving of gay marriage and supportive of other LGBT causes.