Three Democratic 2020 presidential hopefuls gave a preview of how aggressive they will push global warming policies on the campaign trail during the confirmation hearing for Andrew Wheeler, President Donald Trump’s pick to head the Environmental Protection Agency (EPA).

Sens. Cory Booker of New Jersey, Jeff Merkley of Oregon and Bernie Sanders of Vermont, sparred with Wheeler, the current EPA acting administrator, over the urgency of global warming and rolling back Obama-era regulations.

“You are the nominee to be head of the Environmental Protection Agency and you just in your opening statement did not mention the word climate change,” Sanders said during the Wednesday hearing.

Exchange between @SenSanders and EPA Administrator Nominee Andrew Wheeler: “You are the nominee to be head of the Environmental Protection Agency and you just in your opening statement did not mention the word #climatechange.” pic.twitter.com/bWacTs1jcq

“If there is not unprecedented action,” Sanders said, “there will be irreparable damage … Do you agree?”

“I would not call it the greatest crisis, no sir. I consider it a huge issue that has to be addressed globally,” Wheeler responded.

Sanders has not officially announced he will run for president in 2020, but it’s widely speculated he will throw his hat in the ring. (RELATED: Bernie Sanders Said Climate Change Was Our ‘Biggest Crisis Of All,’ But He Was Silent When Asked About Private Jets) 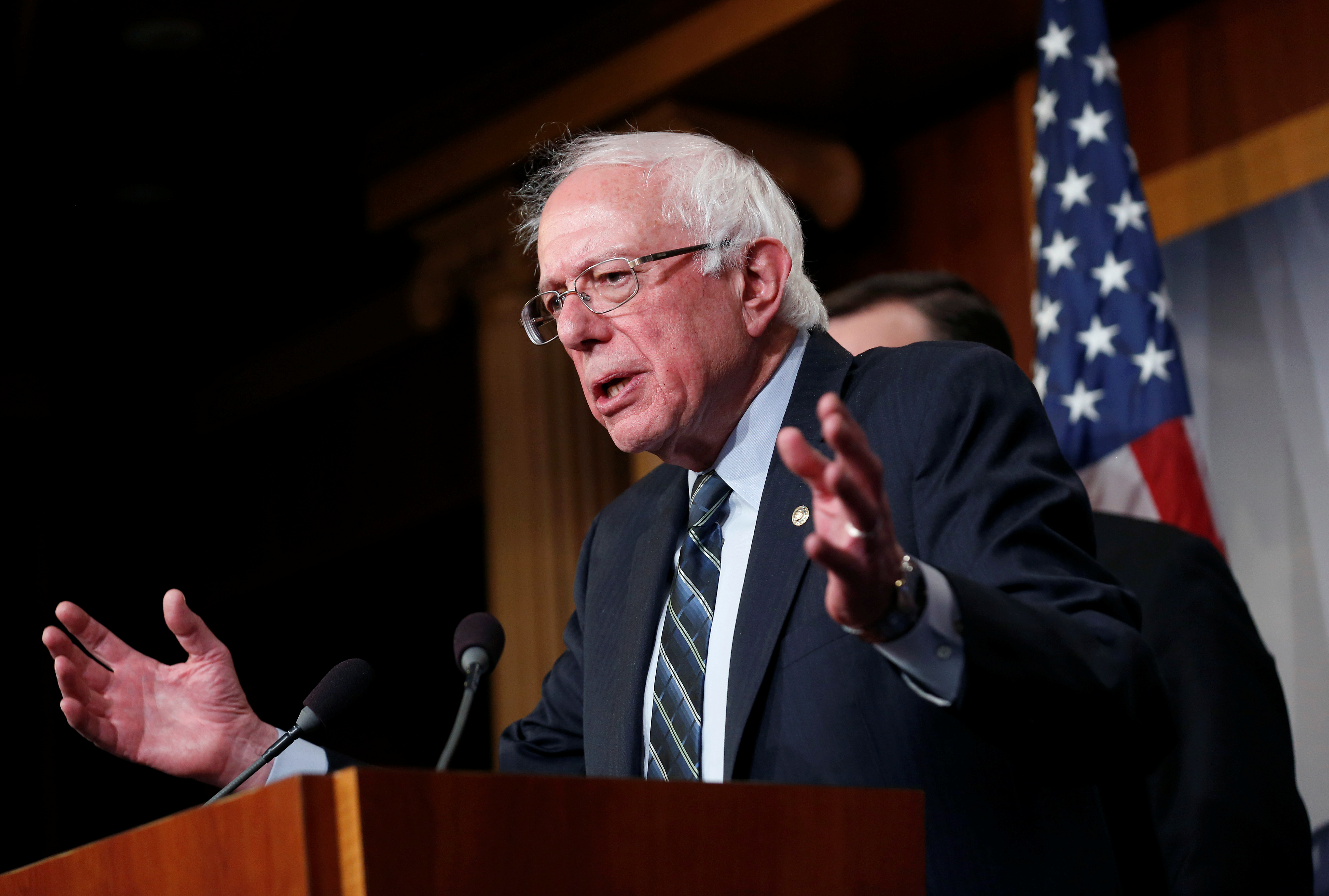 New York Sen. Kirsten Gillibrand, who also sits on the Senate Committee on Environment and Public Works, created an exploratory committee to run for president Tuesday night. However, Gillibrand was not present at the hearing.

Merkley also spent his time pressing Wheeler on global warming. The 2020 hopeful asked Wheeler how concerned he was about warming on a scale of one to 10, and then grilled Wheeler on his plan to replace the Clean Power Plan (CPP).

“How concerned are you about this devastating impact on our nation and the world?” Merkley asked before grilling Wheeler on the Affordable Clean Energy (ACE) rule that would replace the CPP.

Merkley has not officially announced his 2020 candidacy, but is seeking to change Oregon law so he can simultaneously run for president and senate. (RELATED: Did Climate Change Bankrupt California’s Biggest Utility? There Are Good Reasons To Be Skeptical) 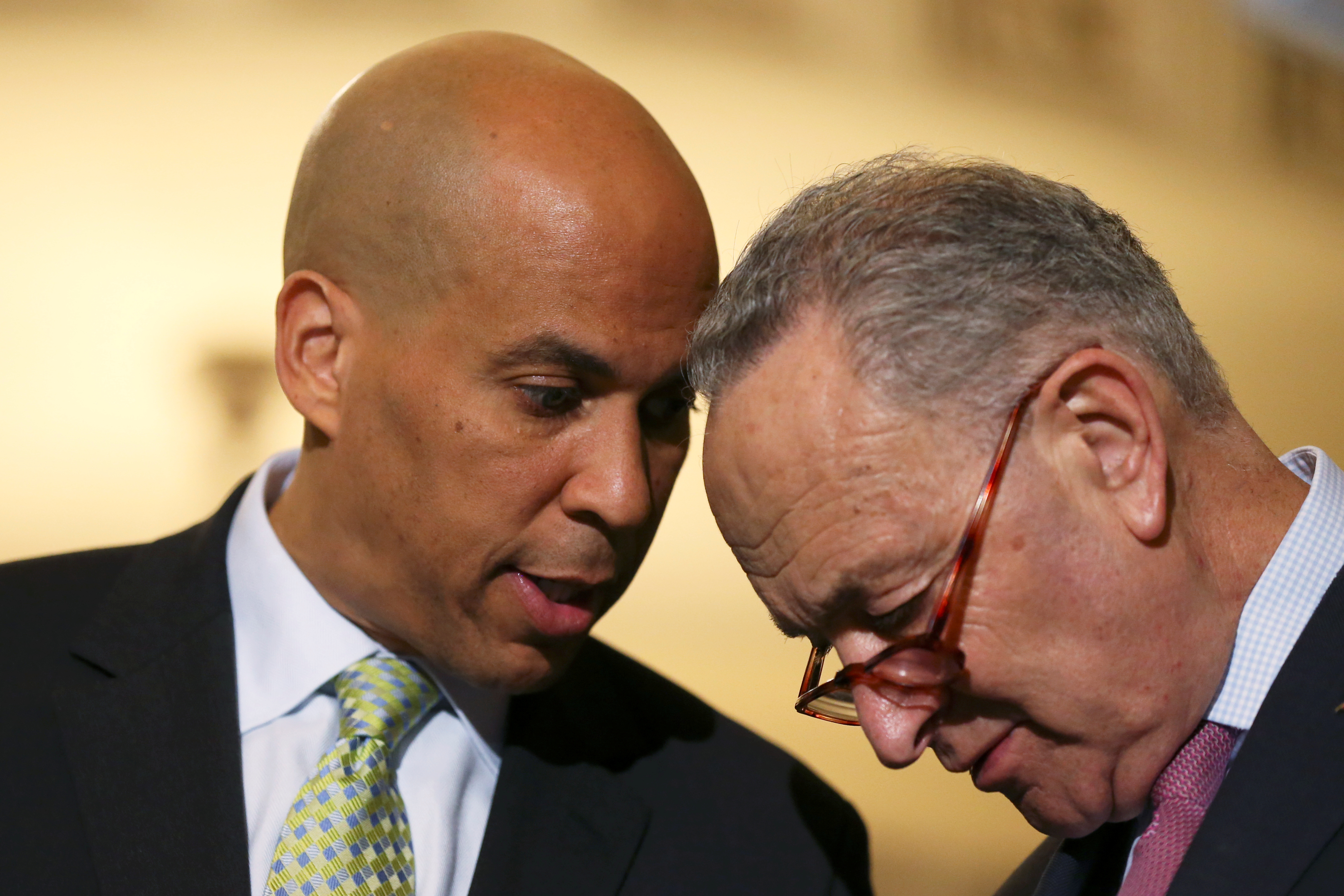 Booker accused Wheeler of “undermining the sense of urgency” to tackle global warming by rolling back regulations on emissions from power plants, vehicles and oil and gas operations.

“I believe we are moving forward on a proactive basis,” Wheeler said, referencing ACE. “My career staff tell me our proposal is going to get us a 34 percent reduction in CO2 and the Obama proposal would have gotten a 33 to 35 percent reduction.”

“I’m trying to understand what is motivating this,” Booker said. “But why are you pulling back on regulations that will ultimately help us to deal with what our climate scientists say we need to do in terms of reducing greenhouse gas emissions?”

It’s widely expected Booker will soon enter the presidential arena. Booker said in December he would “begin to think about running for president” over the holiday season.