Small business owners have “grave concerns” over a recent Democratic House bill that would more than double the federal minimum wage in less than five years.

House Democrats introduced a bill Wednesday that would increase the federal minimum wage from $7.25 an hour to $15 an hour by 2024. The Raise the Wage Act give Democrats a chance to showcase the party’s policy priorities going into the 2020 election, CNBC reports. (New York City’s Minimum Wage Increase Is Killing Small Businesses)

“I offer the kids in my community their first job. They learn new skills and establish a reputation for coming to work on time and what all of that means. They go on to get jobs and frequently ask me for references and continue to move up,” Susan Kochevar, who owns an 88 Drive-In Theatre in Commerce City, Colorado, told reporters Wednesday.

“I’ve already had to figure out to get by with fewer people” because of recent and scheduled state minimum wage increases, Kochevar said. “In Colorado, we’ve already seen some small [sic] businesses go out of business, such as [the restaurant] White Fence Farm.”

The bill has little chance of passing a Republican-controlled Senate and earning President Donald Trump’s approval. Rather, Democrats want the bill to garner popular support and position themselves on the side of workers in the middle of the partial government shutdown, which has caused roughly 800,000 federal workers to miss a paycheck.

“A $15 federal minimum wage affirms the bedrock idea of fairness in our country: that hard work deserves a decent wage,” House Speaker Nancy Pelosi said while introducing the bill. “We will open up opportunities for working families and drive economic growth that lifts up all communities – because our economy works best when it works for everyone, not just the wealthy and privileged few.” 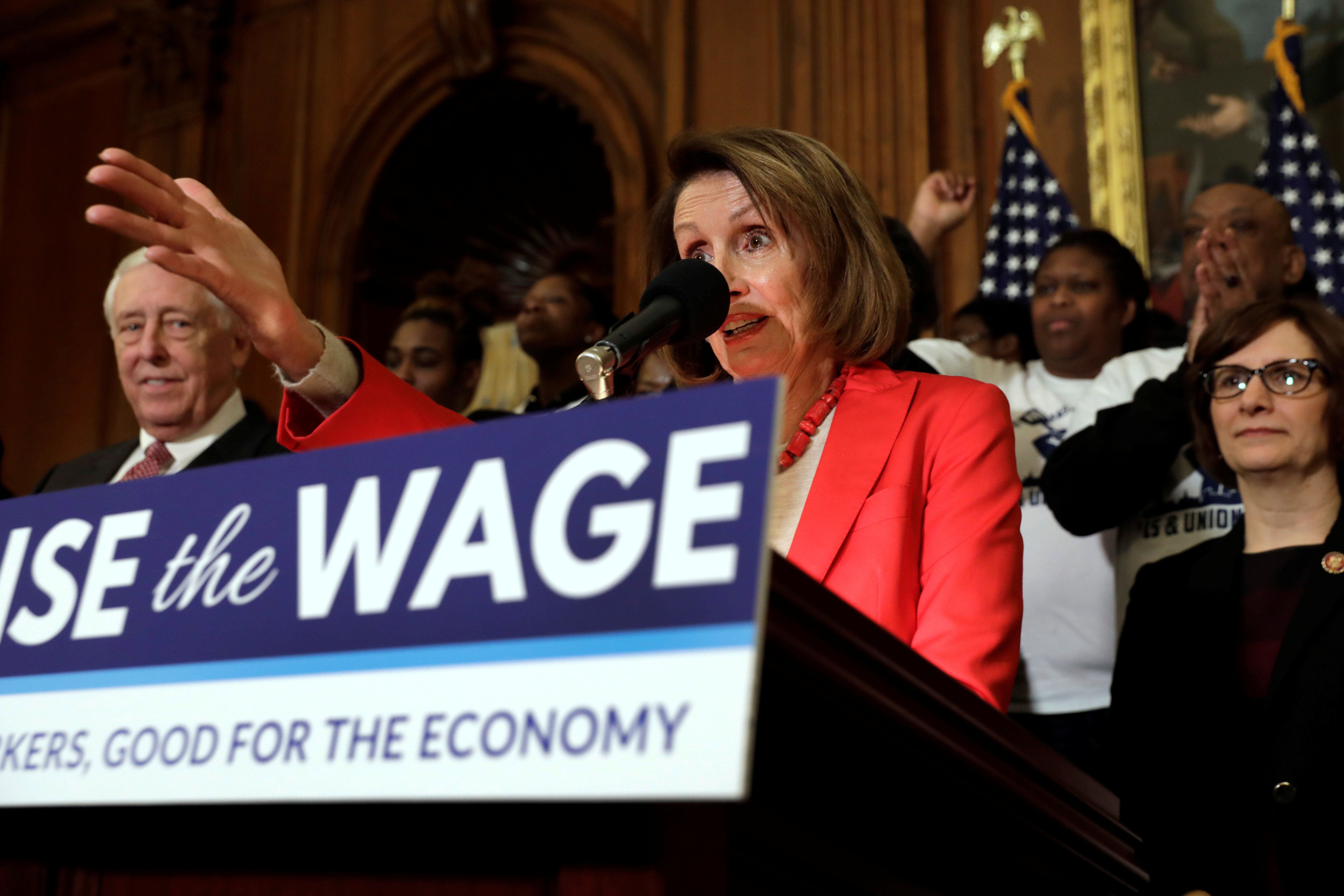 A minimum wage increase would kill jobs and disproportionately hurt low-skilled workers that the policy is marketed to help. Forcing businesses to pay higher wages makes employers reluctant to take a chance on hiring someone who needs more training or can’t immediately make the company a profit, according to a 2016 report by former Heritage Foundation researcher James Sherk, who currently advises Trump on labor policy.

“Right now we are in an economy that is thriving,” Job Creators Network President and CEO Alfredo Ortiz told reporters Wednesday. “We have grave concerns about the impact that this is going to have on small business overall.”

Liberal economists have also questioned the benefits of hiking the minimum wage up to $15 an hour.