The Metropolitan Museum of Art is reviewing its gift acceptance policies after information that members of a prominent donor family headed a deceit campaign to push the highly addictive prescription opioid OxyContin, The Met told The Daily Caller News Foundation.

Other New York City art museums that have taken money from the Sackler family, which owns Purdue Pharma, refused to comment on the Tuesday court filing with documents showing members of the Sackler family covered up information about the dangers of OxyContin.

“The Sackler family has been connected with The Met for more than a half century. The family is a large extended group and their support of The Met began decades before the opioid crisis. The Met is currently engaging in a further review of our detailed gift acceptance policies, and we will have more to report in due course,” Daniel H. Weiss, president and CEO of The Met, told TheDCNF in a statement Thursday.

An employee at The Met told TheDCNF news about the Sackler family is what prompted the institution to review its policy, although the employee would not detail any review timeline. (RELATED: Opioid Profiteering Family Headed Deceit Campaign Surrounding OxyContin, Documents Show)

The New York City art institutions are open about their affiliations with the Sacklers, even though some critics have referred to the family’s donations as “blood money.” Because of these donations, the Sackler name is featured prominently at the Guggenheim Museum’s Sackler Center for Arts Education and The Met’s Sackler Wing.

But $20.4 million is a paltry sum compared to the family’s Purdue Pharma fortune. The Sacklers have given away millions for science, medicine and the arts in recent years, but a 2017 DCNF investigation found no evidence the family is using its vast personal wealth to help recovering opioid addicts. The Sacklers were the 19th-richest family in the U.S. in 2016 with an estimated $13 billion net worth, according to Forbes. OxyContin was Purdue Pharma’s biggest revenue stream with $35 billion in sales between 1995 and 2015.

“It’s blood money,” Andrew Kolodny, Brandeis University’s co-director of Opioid Policy Research, told TheDCNF in 2017. “I would hope the institutions that are taking Sackler money would begin to think about it and treat it in the same way they would a donation from [Colombian drug lord] Pablo Escobar.” 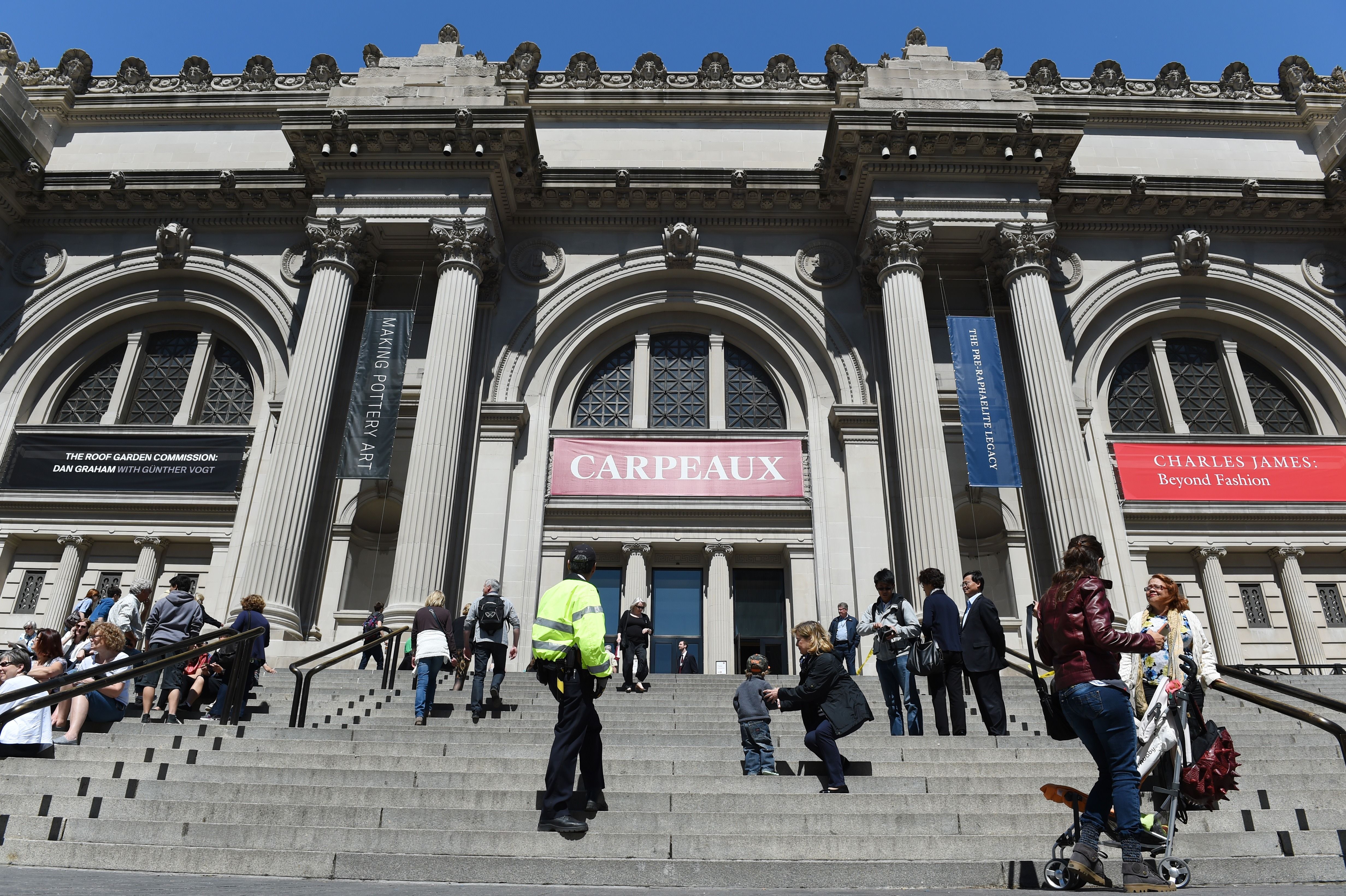 The front steps and entrance to The Metropolitan Museum of Art May 19, 2014 in New York. (STAN HONDA/AFP/Getty Images)

The Largest Museum In The U.S. Has A Sackler Wing

The Metropolitan Museum of Art, the largest museum in the U.S., received at least $180,000 from the Sacklers between 2013 and 2015. The Met’s Sackler Wing houses the famous Egyptian Temple of Dendur. The wing was named after the Sackler family in 1974, years before OxyContin hit the markets in 1996.

The Met had refused to comment on the Sackler Wing’s name during a January 2018 investigation by TheDCNF. (RELATED: American Cartel: Billionaire Family Behind OxyContin Apparently Spends Zilch Rehabbing Addicts)

The Met faced even more scrutiny over its Sackler connection after TheDCNF’s investigation. Roughly 100 protesters led by artist Nan Goldin threw pill bottles into the Temple of Dendur’s moat in March 2018, reported The Guardian.

“Sacklers lie, people die,” chanted Goldin, who has struggled with addictions to Oxycontin and heroin. 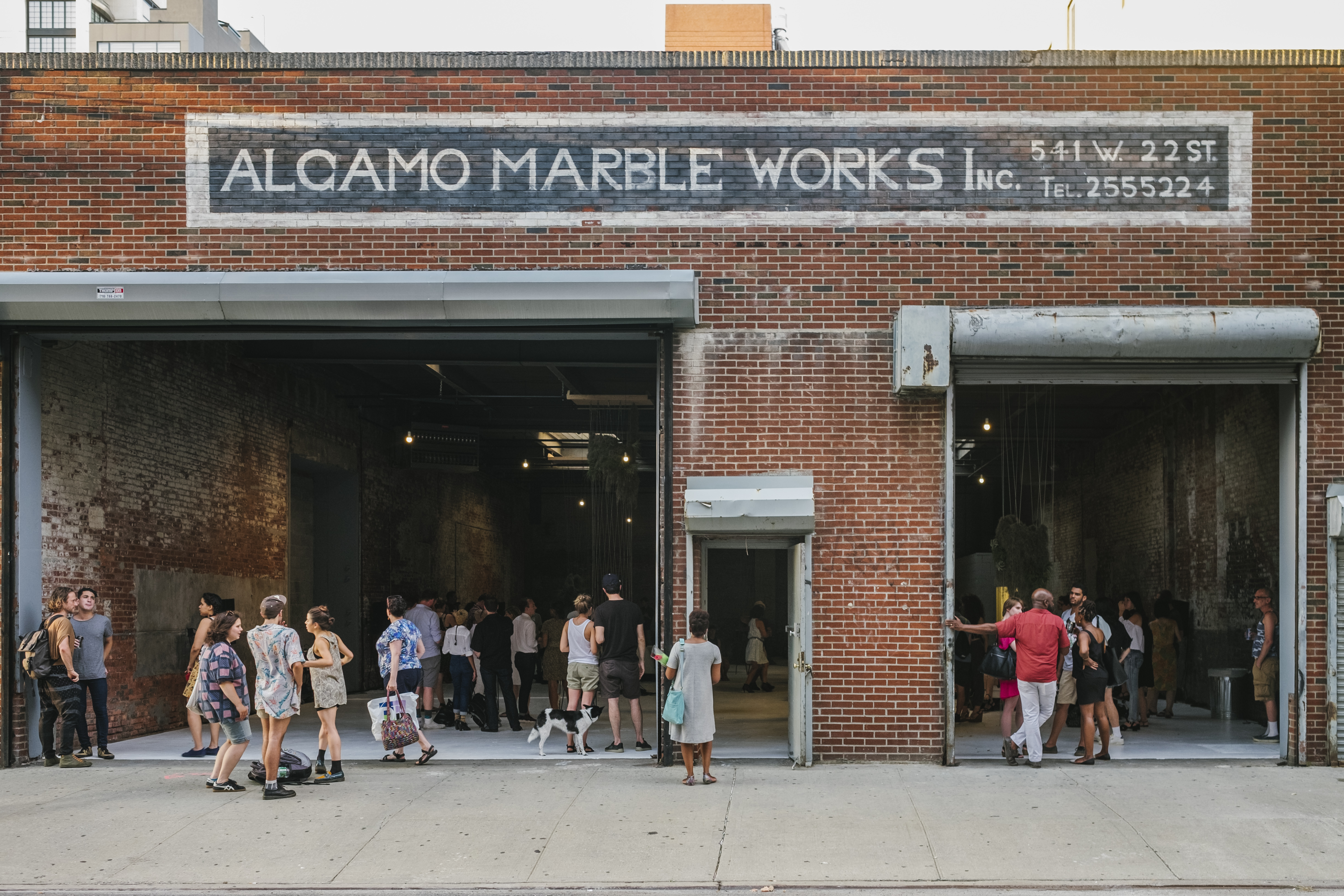 One Of The Biggest Recipients Of Sackler Money Stays Silent

The Dia Art Foundation received $20 million from the Sacklers between 2013 and 2015, and many of the foundation’s programs are funded by the Sackler Institute, which was founded in 2016. TheDCNF reached out to the Dia Art Foundation and communications officer Hannah Gompertz multiple times for comment in light of new information about members of the Sackler family. TheDCNF did not receive a response at the time of publication.

Marissa Sackler joined Dia Art Foundation’s Board of Trustees in 2016 after “a gift from The Dr. Mortimer and Theresa Sackler Foundation to establish the Sackler Institute,” according to a press release from Nov. 1, 2016. Mortimer Sackler, one of Purdue Pharma’s co-founders, was a co-chairman of the company until 2007, according to The Independent.

TheDCNF traveled to a Dia Art Foundation event in January 2018 to ask about the institution’s connection to opioid profiteers, but was not able to get any response from event presenters or Dia employees. In fact, an associate curator kicked a DCNF reporter out for asking visitors and featured artists about opioid money. 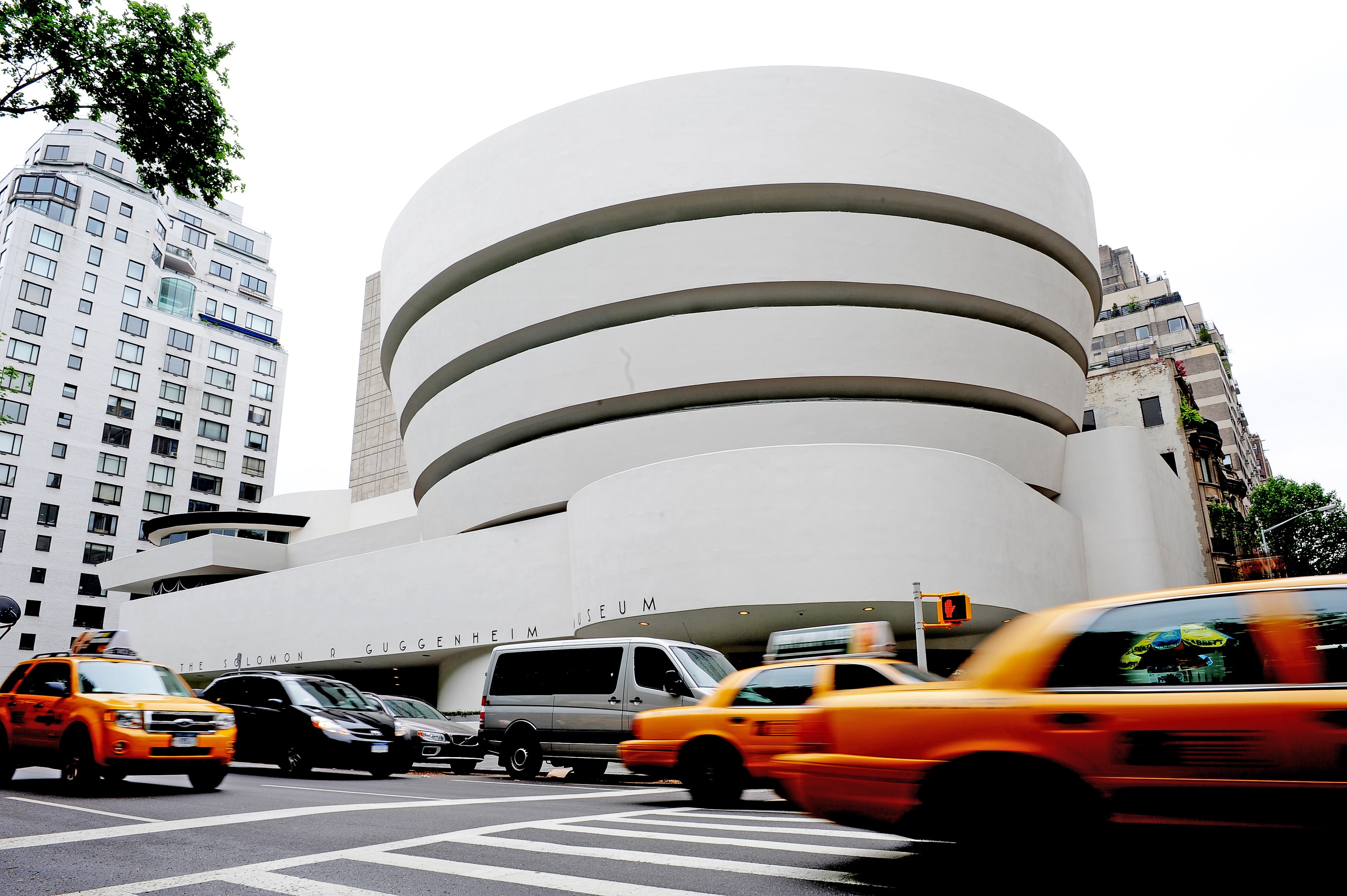 An exterior view along Fifth Avenue May 14, 2009 of the Guggenheim Museum in New York as the museum marks its 50th anniversary with an exhibition “Frank Lloyd Wright: From Within Outward”. The building itself was designed by Wright. (STAN HONDA/AFP/Getty Images)

The Solomon R. Guggenheim Foundation Had Nothing To Say

The Solomon R. Guggenheim Foundation, which funds the architecturally famous museum housing works by artists from Jackson Pollock to René Magritte, took $300,000 from the Sacklers between 2013 and 2015.

TheDCNF reached out to the foundation multiple times via telephone and email Wednesday and Thursday, but never received a response.

The DCNF’s January 2018 investigation had a similar lack of response:

A Guggenheim Museum employee whose office was in the Sackler Education Center for the Arts refused to discuss the organization’s opioid funding with DCNF reporters and told them to talk with Tina Vaz, a spokeswoman located at a remote location. … Vaz refused to comment on the opioid funding and did not respond when a reporter asked to make an exception given the serious nature of the funding. Another spokeswoman, Sarah Eaton, previously declined to comment as well.

Members of the Sackler family escaped legal consequences when Purdue Pharma executives pleaded guilty in 2007 to charges that the company had misrepresented the risks of OxyContin, reported The New York Times. The company and three top executives paid a historically large $634.5 million in fines.

Members of the Sackler family knew Purdue Pharma routinely failed to notify authorities that OxyContin was being abused and sold illegally, Tuesday’s court filing says, according to The Times. The Times also reported Tuesday’s filing has “the first evidence that appears to tie the Sacklers to specific decisions made by the company about the marketing of OxyContin.”

At the OxyContin launch party, Richard Sackler spoke as the Senior Vice President responsible for sales. He asked the audience to imagine a series of natural disasters: an earthquake, a volcanic eruption, a hurricane, and a blizzard. He said: “the launch of OxyContin Tablets will be followed by a blizzard of prescriptions that will bury the competition. The prescription blizzard will be so deep, dense, and white….” Over the next twenty years, the Sacklers made Richard’s boast come true.

Richard Sackler stepped down as president in 2003, and other family members were out of company operations around the time of the 2007 lawsuit, but the Sacklers still had major influence over Purdue Pharma, the filing claims. As recently as 2012, a Purdue Pharma sales official complained about “micromanagement” from Richard Sackler in an email.

Some of Richard Sackler’s quotes in the filing deal directly with OxyContin overdose deaths. The court filing states:

Purdue Pharma has been accused of helping create the opioid crisis through its aggressive marketing of its products. TheDCNF began investigating the Sackler family’s charitable donations in fall 2017 in the series “American Cartel.” The first part of the series can be read here.