Some celebrities will turn out in Los Angeles and Washington, D.C. Saturday for the Women’s March 2019 despite reports of the march organization’s antisemitic ties.

Unlike past years, however, the list of those A-listers attending — like Jennifer Lawrence and Mila Kunis — pales in comparison to previous year’s events under the same name.  (RELATED: Marc Lamont Hill Says Louis Farrakhan Is The Equivalent Of Sean Hannity) 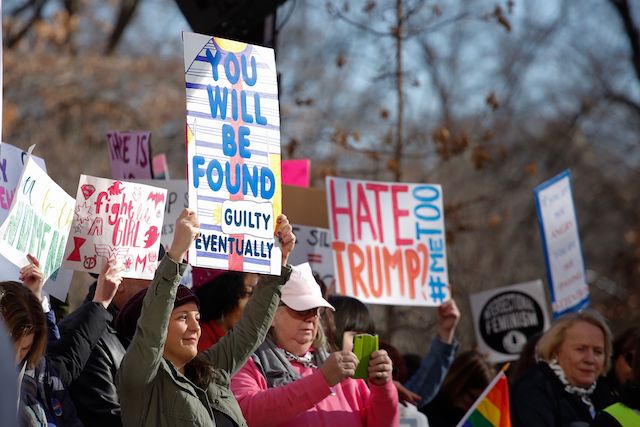 A woman holds a poster as she attends the Womens March on New York City on January 20, 2018 in New York City. (Photo credit: KENA BETANCUR/AFP/Getty Images)

According to Variety Friday, the list of those participating in the march in Los Angeles include the following:

In comparison, here’s the list of the big names who were at events across the country in 2018 which included people like Scarlett Johansson, Cameron Diaz and Amy Schumer.

A search of the social media accounts of the following stars and checking out recent interviews proved they have been completely silent about the upcoming event.

In fact, the only star that we could find who participated in 2018 and is going to be a part of this year’s event was America Ferrera. 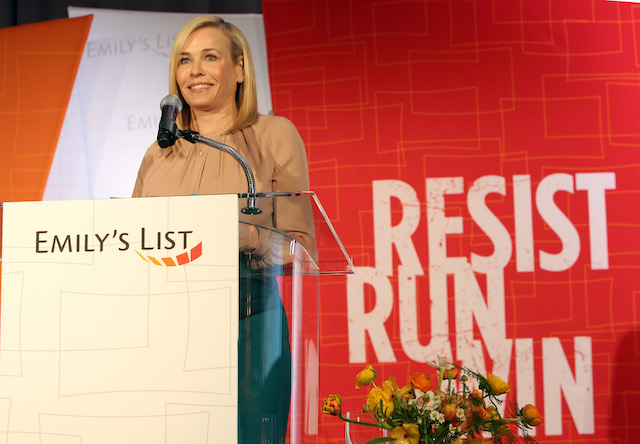 Even Chelsea Handler, an avid anti-President Donald Trump celeb and previous participant in the 2017 inaugural march, has been silent on her social media account and interviews about promoting or attending this year’s march.

TheDC reached out to the talent agencies which represent celebrities like America Ferrera, Harry Belafonte, Maggie Gyllenhaal, and Laura Dern, just to name a few, to find what other of their clients were going to take part in this year’s event. Numerous attempts via telephone and email generated no response.

Friday morning, singer Pink appeared to be gauging her followers’ thoughts on the reports after attending and sharing pictures from the 2017 march.

She captioned her post, “Interesting article. Thoughts?” along with a screenshot of an article from New York Magazine’s The Cut under the headline,” Don’t Give Up on the Women’s March.”

Instead, stars like Alyssa Milano and Debra Messing have decided to not participate following the numerous reports about the march’s leaders, Linda Sarsour and Tamika Mallory and its organization’s ties to anti-semitism. Mallory’s refusal to personally condemn antisemitic figure Louis Farrakhan has left other stars like Sarah Silverman “heartbroken.”

The following agencies were contacted but did not respond to request for comment on this story: United Talent, ICM partners, APA Agency, The Lede Company, Gersh, CAA, WME, Paradigm.