Democratic California Sen. Kamala Harris raised approximately $1.5 million in one day following her announcement that she will be seeking the Democratic nomination for the presidency in 2020.

In the 24 hours after Harris announced her presidential bid, she received an influx of primarily small donations from more than 37,000 individuals, Harris’s campaign told The Wall Street Journal. During the first 12 hours, the California senator had fundraised $1 million, with an average contribution of more than $35 per donor.

Comparatively, Independent Sen. Bernie Sanders raised the $1.5 million over the same time period after he launched his presidential campaign in 2016, reported WSJ. He ultimately raised $238 million by the end of his campaign, primarily from donations of $200 or less. (RELATED: Kamala Harris Is Running For President In 2020)

Leading up to her presidential announcement, the first-term senator had been actively elevating her national profile. Harris spent more money on Facebook ads during the summer than any other senator despite not being up for re-election in November 2018, according to The San Francisco Chronicle.

Harris, a high-profile member of the Senate Judiciary Committee, faced both massive backlash and praise for her combative line of questioning of Justice Brett Kavanaugh during his Supreme Court hearings. She later used her role in the tumultuous confirmation process to raise funds for vulnerable Democrats during the midterms. 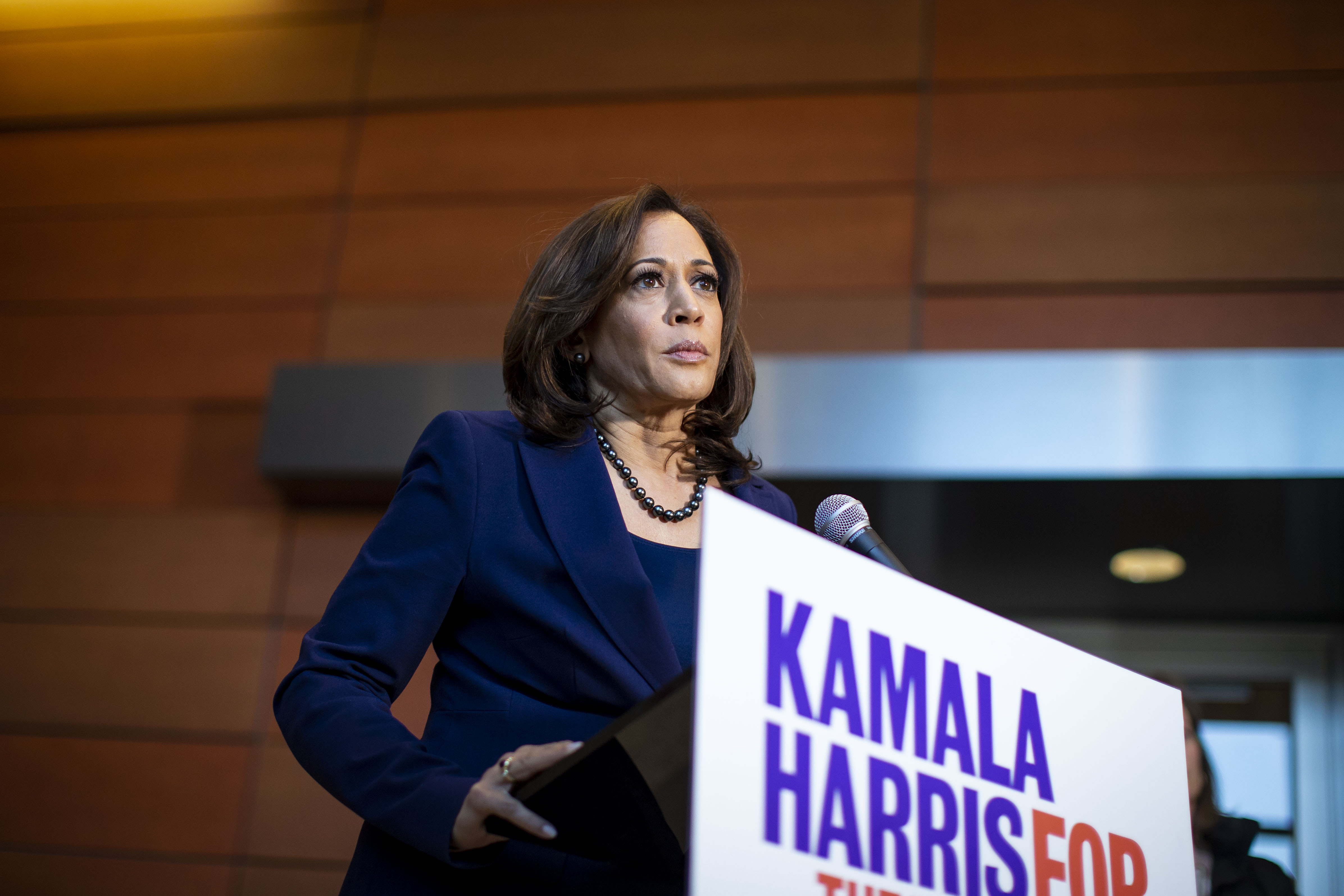 Following Massachusetts Democratic Sen. Elizabeth Warren and New York Democratic Sen. Kirsten Gillibrand, Harris is the third senator, and third female senator, to declare their plans to begin the legal process of running for president in 2020.

If elected, Harris would be the United States’ first female president. Former Secretary of State Hillary Clinton ran, but lost to President Donald Trump in 2016.