President Donald Trump is looking to wield executive authority to bolster his energy agenda and hamper Russia’s hold on the international gas market.

Trump has made “energy dominance” a major component of his White House agenda. Since entering office, he has moved to roll back a number of Obama-era regulations that have hampered the U.S. energy industry and unleash the country’s potential. Some of Trump’s major actions include repealing and replacing the Clean Power Plan, loosening methane flaring rules, and opening up federal lands for fossil fuel development.

The administration’s policies have been met with fruitful results. The U.S. last year surpassed both Russia and Saudi Arabia to become the world’s largest crude oil producer. The U.S. shale oil boom, made possible with the invention of hydraulic fracturing, has continued to witness record-setting production numbers, blowing past the predictions of international analysts. The Energy Information Administration announced Thursday that it now expects the U.S. to become “energy independent” by 2020.

However, some aspects of Trump’s energy agenda have been hit with roadblocks.

Upon entering office, Trump immediately ordered his administration to move forward with construction of the Keystone XL pipeline, but no pipe has been laid since that action as the project has been hit with fierce environmental resistance in the courts. Democratic governors, most of whom remain sharply opposed to the president’s energy agenda, have used their authority to block various projects. Additionally, a sudden death on the Federal Energy Regulatory Commission has left the agency in a partisan split, giving Democrats the power to block pipeline requests.

The White House is now considering a range of executive options to overrun these obstacles.

Trump, according to a Politico report, is considering an executive order that would diminish a state’s authority to stop energy projects, making it easier to approve and construct pipelines across the country. The president is also considering changing an Obama-era guidance rule involving the Clean Water Act, a federal law Democratic governors have used to block energy projects.

Expanding the nation’s pipeline system is a major goal of the White House. As hot development spots, such as the Permian Basin in Texas and the Marcellus Shale in Pennsylvania, continue to churn out oil and gas, the administration wants pipelines to deliver product to markets across the country. 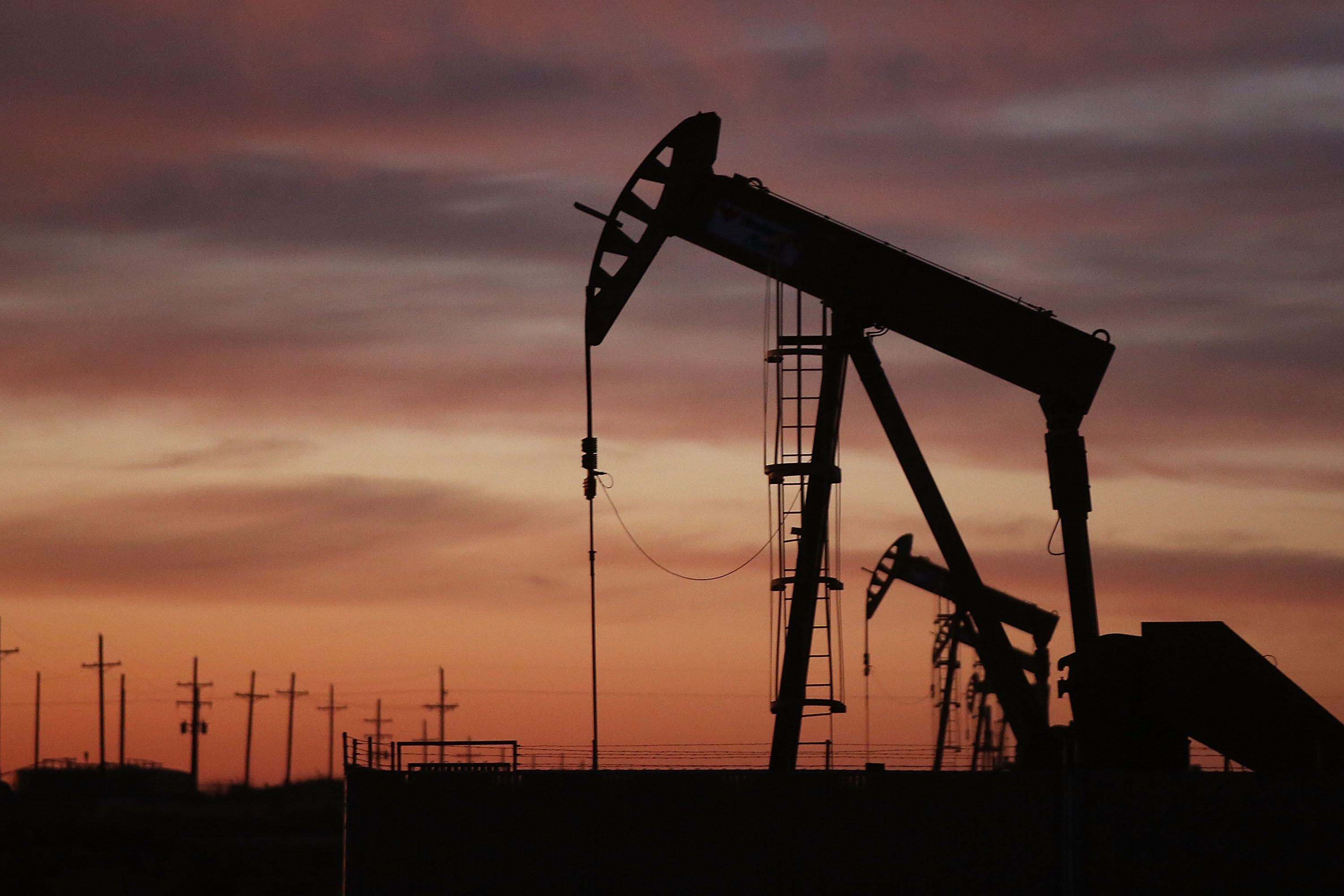 ANDREWS, TX – JANUARY 20: An oil pumpjack works at dawn in the Permian Basin oil field on January 20, 2016 in the oil town of Andrews, Texas. Despite recent drops in the price of oil, many residents of Andrews, and similar towns across the Permian, are trying to take the long view and stay optimistic. The Dow Jones industrial average plunged 540 points on Wednesday after crude oil plummeted another 7% and crashed below $27 a barrel. (Photo by Spencer Platt/Getty Images)

“This is not only about economic growth and power. A lot of this is about international security policy. We’re aiming at the Russians. We can beat them,” a senior administration official said to Politico. “We are very interested in undermining Russia’s position with respect to energy in Europe.”

A part of this strategy includes increasing natural gas exports to European countries, a move that would undermine Russian influence in the region. The Trump administration has entered into a long-term agreement with Poland. European Union leaders are also looking for more U.S. gas.

Increased gas sales abroad not only helps the U.S. energy industry, but also derails accusations that Trump is somehow working to the benefit of Russian President Vladimir Putin.

“Gas prices drop across the United States because President Trump has deregulated Energy and we are now  producing a great deal more oil than ever before,” the president tweeted Monday, quoting “Fox and Friends.” “But this is bad news for Russia, why would President Trump do such a thing? Thought he worked for Kremlin?”