President Donald Trump announced Friday that he will support a deal to temporarily reopen the government without any funding for the wall.

The president said he would sign a measure reopening the government for three weeks through Feb. 15, something that would likely quickly pass through Congress.

“I am very proud to announce that we have reached a deal today to end the shutdown and reopen the federal government,” the president asserted, thanking federal employees for their patience and explaining that he would work to get them backpay.

“I am asking Senate Majority Leader Mitch McConnell to put this proposal on the floor immediately,” Trump continued. “After 36 days of spirited debate and dialogue, I have seen and heard from enough Democrats and Republicans that they are willing to put partisanship aside, I think, and put the security of the American people first.”

The president indicated that after the government reopens, lawmakers would review a “homeland security package” put together by law enforcement officials. 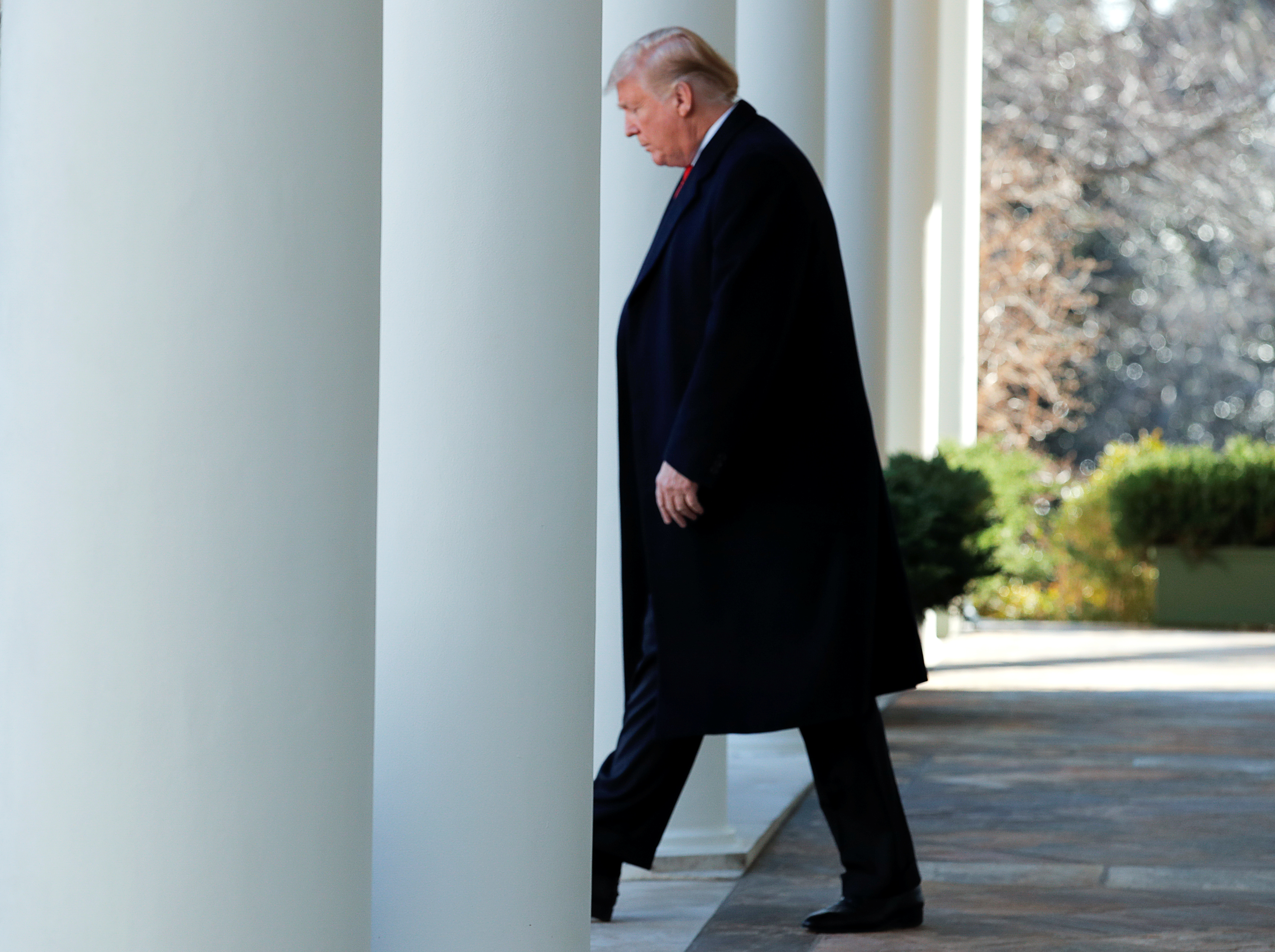 U.S. President Donald Trump arrives to speak to the news media about a deal to end the partial government shutdown in the Rose Garden at the White House in Washington, U.S., January 25, 2019. REUTERS/Jim Young

Two sources close to the process told The Daily Caller that the White House’s appetite for a deal increased after announcements from the Federal Aviation Administration (FAA) that flights were experiencing delays because of staffing issues related to the shutdown.

Friday also marks the second missed paycheck for the 800,000 federal workers affected by the shutdown, another point of pressure for the president. Democrats blocked multiple motions from Republicans this week to make sure federal employees get paid while the government is closed.

Trump’s announcement is a serious reversal from just two days ago, when he indicated to conservative leaders during a White House meeting that he had no interest in caving to Democratic demands or ending the government shutdown. The president made similar claims that he would not back down in a conference call earlier that day, urging his supporters to defend his position on television and radio. (RELATED: Sources: Trump ‘Not Backing Down’ Ahead Of Senate Vote, Seeks Republican ‘Unity’)

A House GOP aide told TheDC that the White House was likely on edge after the two failed spending votes in the Senate on Thursday. Six Republicans defected and voted for the Democratic bill, increasing pressure on the White House to drop its demand for wall funding before reopening the government. 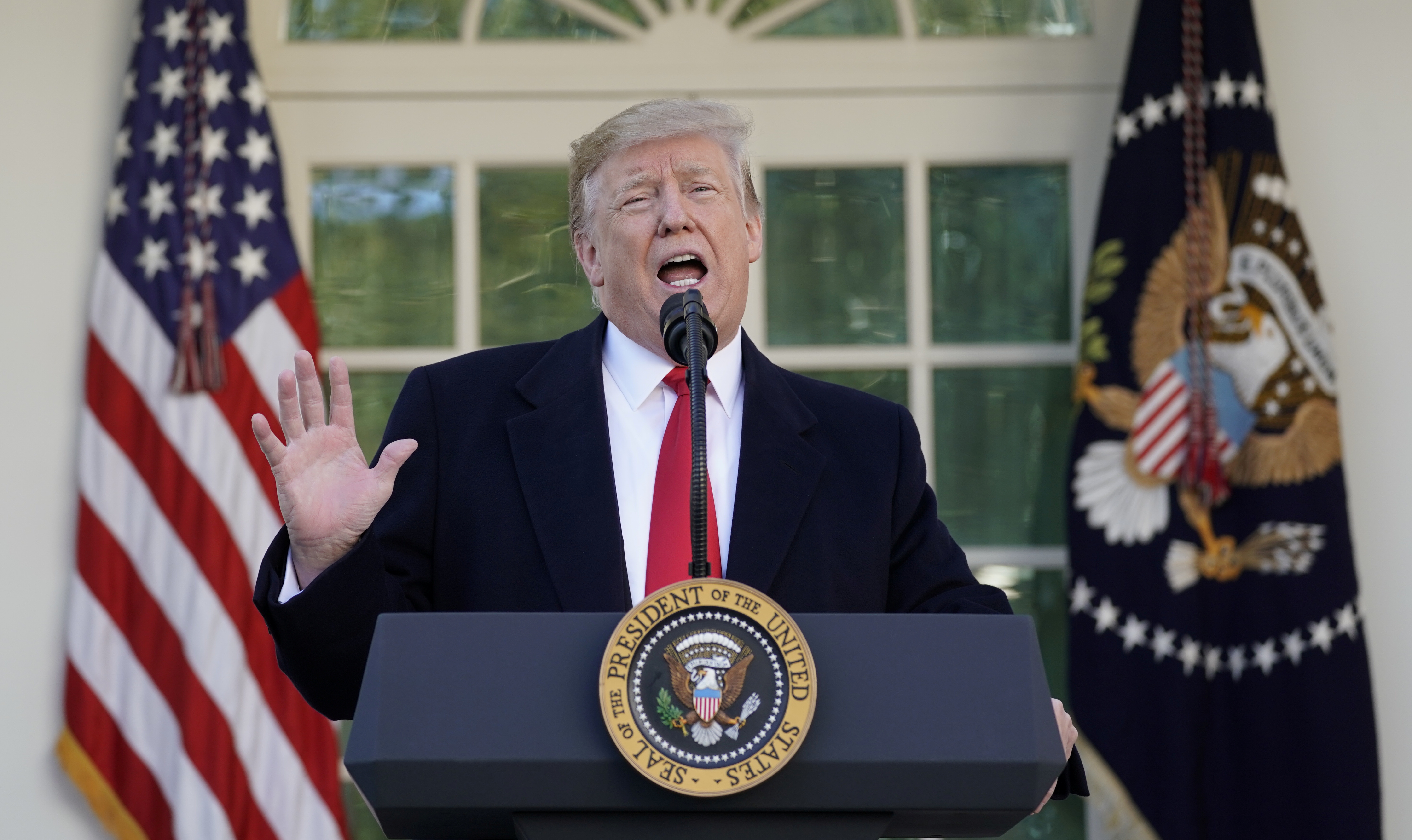 U.S. President Donald Trump announces a deal to end the partial government shutdown as he speaks in the Rose Garden of the White House in Washington, U.S., January 25, 2019. REUTERS/Kevin Lamarque

However, the aide made clear that conservatives in Congress were still attempting to convince the president not to agree to a deal without wall funding as of Friday morning and that the president’s reversal was a surprise.

“Conservatives are pushing the White House to stick with the, ‘no wall compromise, no deal’ approach,” the aide said prior to Trump’s announcement. “Democrats are trying to muddy the water with the ‘open up the government and then we’ll negotiate’ offer, which never works.”

A Senate GOP aide confirmed that conservative lawmakers were trying to convince the president to hold the line, but explained that presidential adviser Jared Kushner and more moderate Republicans like South Carolina Sen. Lindsey Graham were internally pushing the president to make a deal.

The conservatives were unsuccessful in their efforts to sway the president, per Trump’s announcement. The two sources close to the process explained that the White House saw no reasonable path forward to secure border funding without drastic measures, but officials did not rule out a future declaration of a national emergency.

Trump noted during his speech Friday that he has a “very powerful alternative” if Congress does not adequately fund border security after the government is reopened.