Former Arizona Sen. Jeff Flake announced he would not challenge President Donald Trump in 2020 while also unveiling that he has accepted a role as a CBS News contributor during “CBS This Morning” Tuesday.

“This morning, Jeff Flake is here to announce what is next for him including his new role as a CBS News contributor. Senator, good morning. I’m not calling you Jeff, sorry,” John Dickerson said. “Before we start, I want to find out if you want anybody to call you ‘president.’ Are you … thought about running in 2020? Are you going to run?”

Flake answered, “I have always said that I do hope that there is a Republican who challenges the president in the primary. I still hope that somebody does, but that somebody won’t be me. I will not be a candidate.” (RELATED: Jeff Flake Will Introduce Bill To Raise Taxes Before Leaving)

“Did you look into being a candidate to run against the president? What did you learn from the investigation that somebody else who might run would have to consider?” John Dickerson asked.

I think anybody who is in the Senate looks at that at some point. There really isn’t a path right now that I could see, certainly not unless you are willing to be out there already raising a lot of money. And then, to basically living on the road right now. It is a difficult path anyway. The RNC and the president’s campaign are now melded, trying to do everything they can to squelch any opposition. I still hope that some and some are still talking about it, do run. I think that is healthy. I’m not a fan of this president. 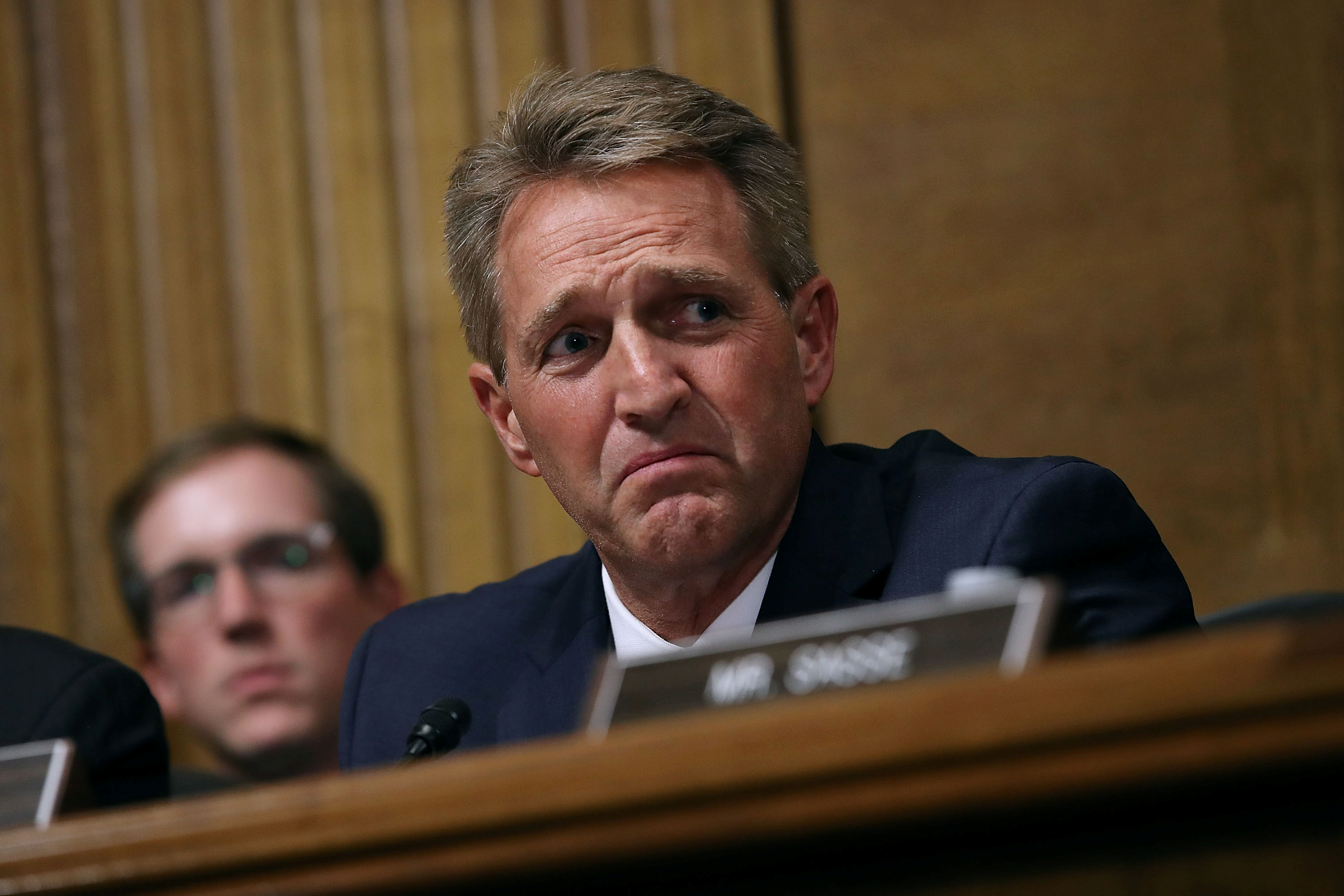 “You heard Howard Schultz say earlier that he does think there is a path to run as an independent and to beat President Trump. What is your reaction?” Bianna Golodryga asked.

“That is a very difficult path obviously. Traditionally, that’s what history tells us. You can see a scenario where it could play out if there is somebody on the far left nominated in the Democratic Party. If Republicans still nominate a weakened president then there is perhaps a lane for an independent,” Flake commented. “That is difficult to see, but stranger things have happened.”

Flake has long had an adversarial relationship with the president. Flake has denounced him repeatedly as deviating from his vision for the Republican party, while Trump has publicly rebuked him. (RELATED: Trump: ‘I Retired Jeff Flake)

Trump has also said he hopes Flake will run against him.

The Arizona Senator opted to retire instead of running for reelection last November. Sen. Kyrsten Sinema was his seat.