A federal judge reprimanded Pacific Gas & Electric (PG&E), California’s largest utility, for its role in starting deadly wildfires across California in the past two years.

“Those fires killed 22 people, burned alive in their cars and homes,” Alsup said in court Wednesday, the Chico Enterprise-Record reported that evening.

California officials blamed PG&E for 17 northern California wildfires in 2017 and investigators are looking into whether or not the utility’s equipment sparked 2018’s Camp Fire. That fire killed 86 people and destroyed thousands of homes and businesses.

In the wake of the fires, PG&E lobbied California lawmakers to change wildfire liability laws, arguing global warming increased wildfire risks beyond what utilities could handle. State law holds utilities liable for wildfire damages even if there was no negligence. 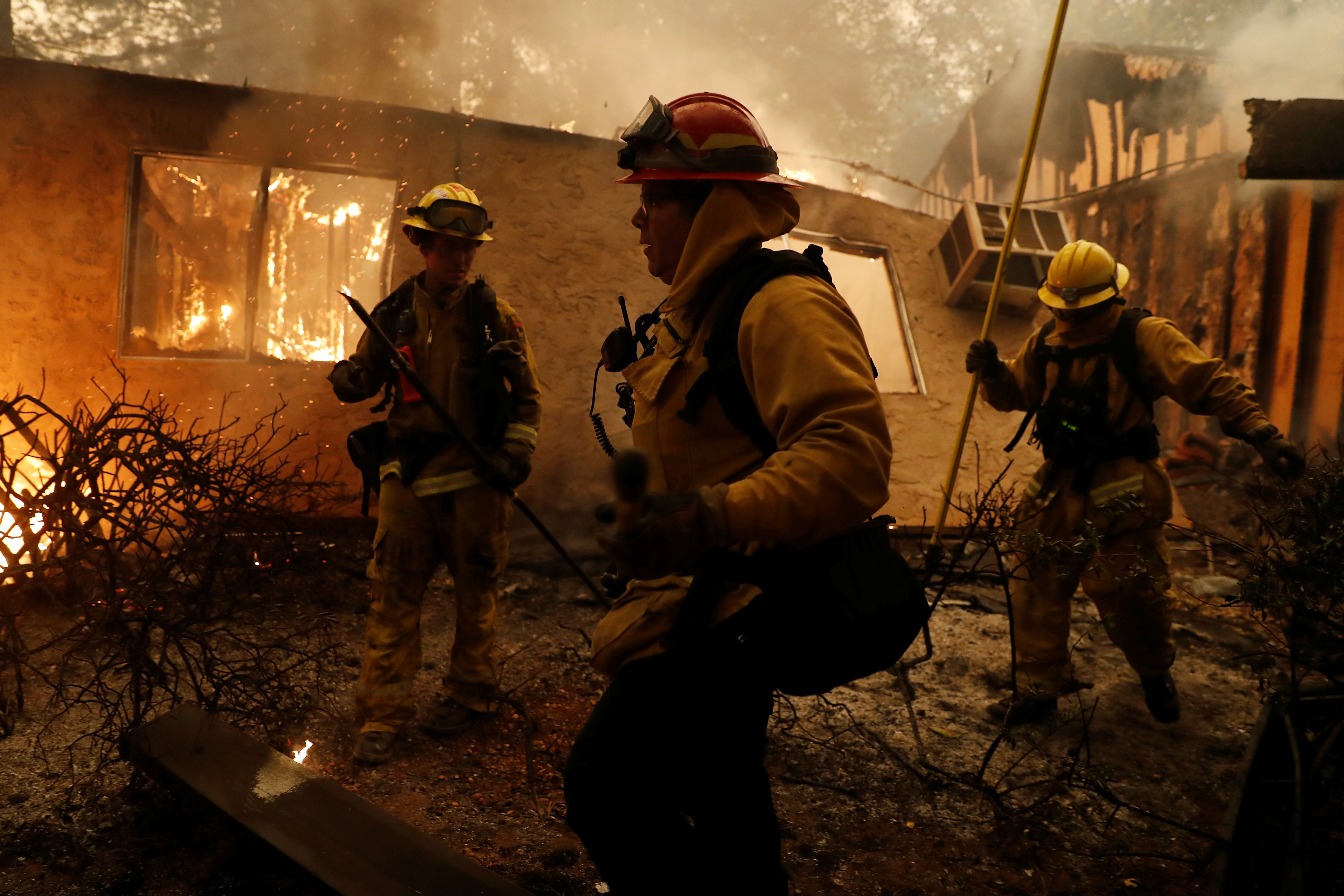 A group of Cal Fire firefighters work on a burning structure during the Camp Fire in Paradise, California, U.S., Nov. 9, 2018. REUTERS/Stephen Lam

Alsup ruled PG&E violated its probation regarding the 2010 San Bruno gas pipeline explosion. The judge found the company didn’t adequately notify its probation monitor of the investigation into its role in the 2017 fires. (RELATED: Media Rushes To Tie Record-Breaking Cold On Global Warming)

However, state officials did clear PG&E of liability in the Tubbs Fire, which killed 22 people in Sonoma County. Officials determined private electrical equipment sparked the fire.

“You’ve got to be on your absolute best behavior — no more crimes,” Alsup warned.

Alsup could require PG&E to shut off power to electric lines during high-wind events and could order the utility to embark on the costly effort of trimming trees and removing debris from around its power lines.

“In two years, 3 percent of California burned up,” Alsup said. “Think about that. Three percent of the whole state burned up. We cannot continue to sustain these kinds of catastrophic injuries to the state, death and destruction.”

“PG&E is not the only source of these fires, but it is a source and to most of us it’s unthinkable that a public utility is causing that type of damage,” Alsup said.