President Donald Trump called out Senate Minority Leader Chuck Schumer for being “weak and passive” on Iran policy Thursday a day after the leading Democrat weighed in on Trump’s criticism of his intelligence chiefs.

“Schumer and the Democrats are big fans of being weak and passive with Iran,” he wrote on Twitter. “They have no clue as to the danger they would be inflicting on our Country. Iran is in financial chaos now because of the sanctions and Iran Deal termination. Dems put us in a bad place – but now good!”

Schumer and the Democrats are big fans of being weak and passive with Iran. They have no clue as to the danger they would be inflicting on our Country. Iran is in financial chaos now because of the sanctions and Iran Deal termination. Dems put us in a bad place – but now good!

Trump had suggested members of the intelligence community “should go back to school” for failing to grasp the volatility of Iran on Wednesday after the release of the annual “Worldwide Threat Assessment” Tuesday. Schumer wrote a letter urging three of Trump’s intel chiefs to push back Wednesday.

“You cannot allow the President’s ill-advised and unwarranted comments today to stand,” Schumer wrote, according to Politico. “He is putting you and your colleagues in an untenable position and hurting the national interest in the process. You must find a way to make that clear to him.” (RELATED: Trump Says His Intelligence Chiefs ‘Should Go Back To School’ Over Iran)

Schumer did not vote for the U.S. to be a part of the 2015 multilateral Iran nuclear agreement, according to Politico. But then-House Minority Leader Nancy Pelosi called the agreement “a diplomatic masterpiece” on July 30, 2015, reported USA Today. A total of 25 House Democrats opposed the deal.

A story by The New York Times characterized Tuesday’s American intelligence assessment as “directly contradicting the rationale” of Trump’s Iran foreign policy. Intelligence officials did offer scenarios in which Iran could back away from a 2015 nuclear agreement during Senate Intelligence Committee testimony Tuesday. 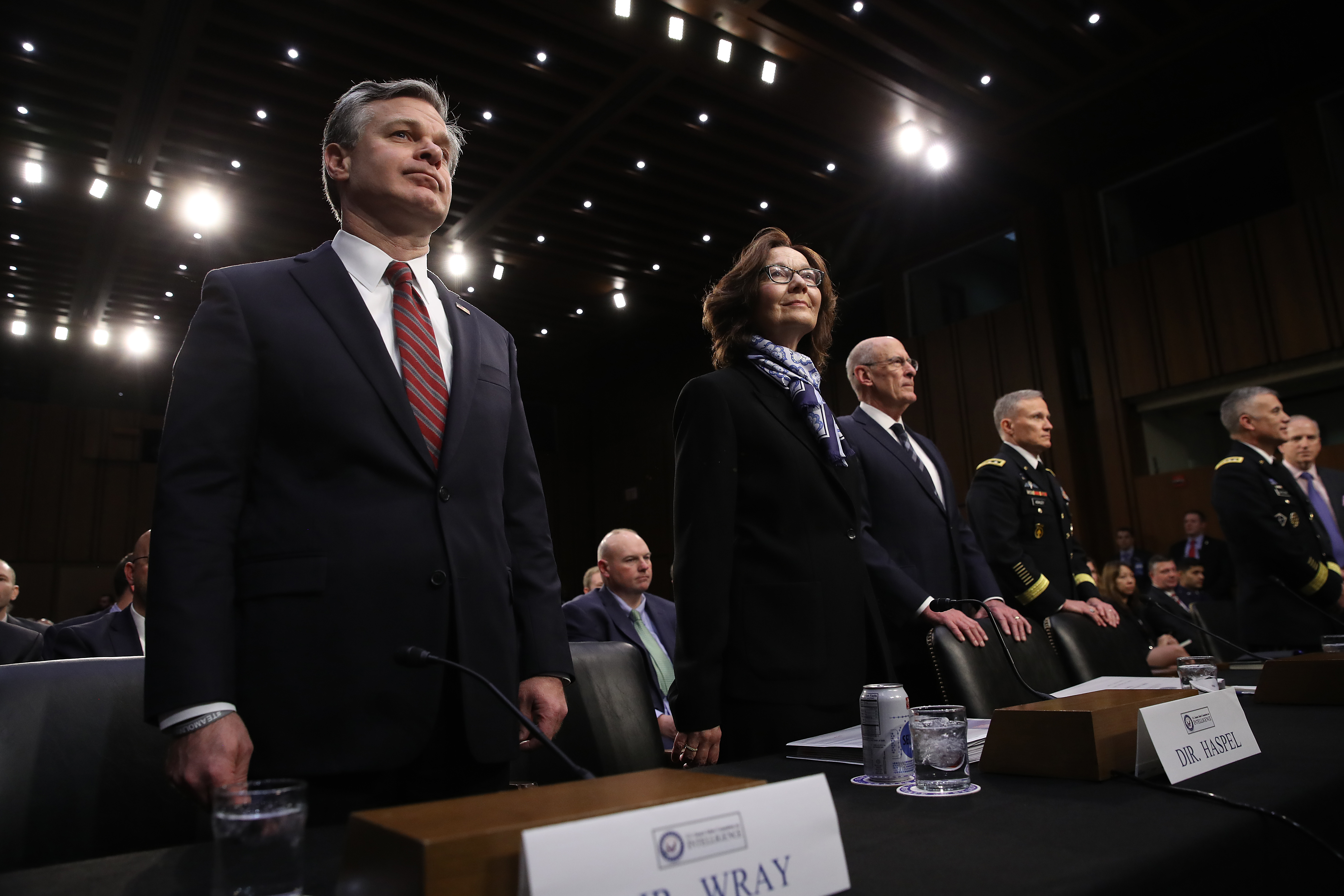 Trump withdrew from the agreement May 8, 2018, and vowed to place sanctions on Iran because of the agreement’s “lack of perpetual ban on a nuclear program and how it fails to address the Islamic Republic’s malign activity across the Middle East,” reported The Daily Caller. The agreement still stands as a deal between Iran and countries other than the U.S. (RELATED: Report: Man Hanged In Iran On Charges Of Kidnapping, Homosexuality)

The Times reported Director of National Intelligence Dan Coats said he did “not believe Iran is currently undertaking activities we judge necessary to produce a nuclear device” in his Tuesday testimony. He did admit Iranian officials have a record of publicly threatening to “push the boundaries” of the 2015 agreement.