A group of prominent German Catholics called Sunday for the ordination of women and ending mandatory priestly celibacy among other changes to Catholic sexual morality.

The group of nine, including prominent German priests and theologians, made their demands in an open letter to Cardinal Reinhard Marx, published Sunday in the German newspaper Frankfurter Allgemeine Zeitung. The signatories of the letter demand a new assessment of the church’s teaching on homosexuality, permission for the ordination of women and a reordering of church structure, among other changes. (RELATED: Texas Dioceses Publicly Name 286 Priests ‘Credibly Accused’ Of Sex Abuse)

The group called for the changes, ostensibly to help address the church’s global sex abuse crisis, ahead of Marx’s attendance at the Vatican summit on sex abuse at the end of February.

“The sexual abuse of wards by Catholic clerics and the attempts of the bishops to cover up such deeds have brought much mischief to the lives of those affected and shaken the faith of Catholic Christians in the wider area. At the end of February, the presidents of the National Episcopal Conferences with Pope Francis will discuss the crisis and make arrangements to protect those who are being protected in the future and not to harm them,” an English translation of the letter reads.

“This is urgently needed,” it said.

To that end, the signatories urged Marx to make known to the Vatican their call for the church to “free diocesan priests to choose their own way of life,” as well as to “open … ordained ministry up to women” and to develop a “reasonable and just evaluation of homosexuality.” The letter also urges “genuine separation of powers” among authorities in the church, as opposed to centralized authority. 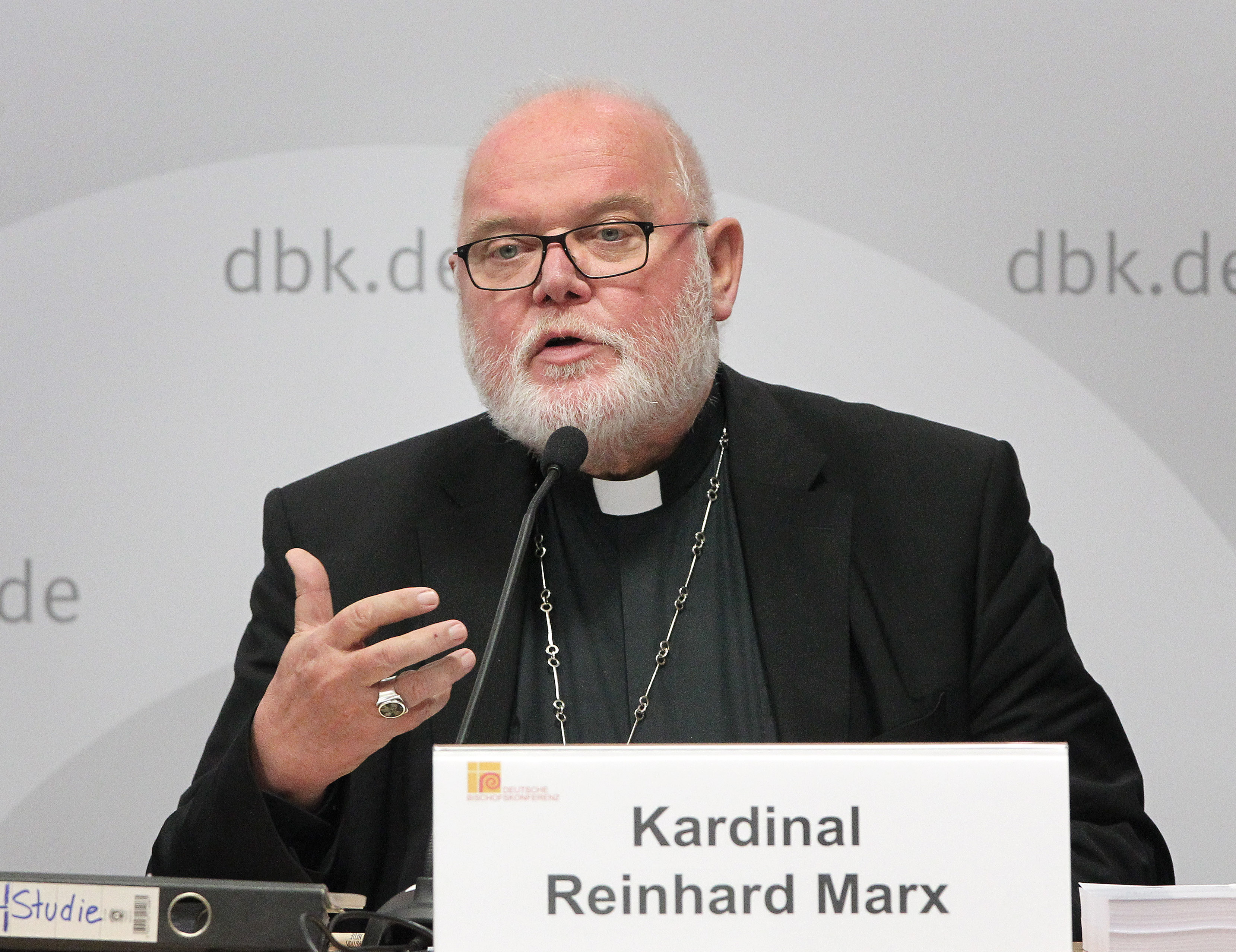 Cardinal Reinhard Marx, archbishop of Munich,  gives a press conference to present the results of the study on “Sexual Abuse of Minors by Catholic Priests, Deacons and Male Religious” (MHG study) on Sept. 25, 2018 in Fulda, western Germany. (DANIEL ROLAND/AFP/Getty Images)