Carlina Rivera, a New York City councilwoman who signed a resolution urging the State of New York to pass the controversial Reproductive Health Act that loosened late-term abortion restrictions, is also sponsoring a bill that would ban restaurants and vendors from selling foie gras in New York City — because of animal cruelty.

Should the Manhattan councilwoman succeed in passing her bill, the sale of the controversial French delicacy — made by enlarging the livers of geese and ducks by using feeding tubes to force-feed them before harvest — would be punishable by a year in jail and a fine of up to $1,000 per offense. (RELATED: Virginia Del. Kathy Tran Introduced Bill To Save Caterpillars On Same Day As Late-Stage Abortion Bill)

“[Foie Gras] is not part of the diet of everyday New Yorkers,” Rivera told the New York Post. “Less than 1 percent of all New York City restaurants serve it. This is truly a luxury item.”

Rivera called her bill “common sense” and the process behind making the fattened liver an “egregious” one that’s been “tolerated” for “far too long,” the Post reported. (RELATED: Supreme Court Legalized Abortion 46 Years Ago. Here’s A Look At Abortion Across The US)

Since the U.S. Supreme Court rejected a challenge to a California foie gras ban, Rivera believes the “timing is right.”

Two French restaurants the Post reached out to spoke out against the proposal. “It’s a popular seller — so, sure, I would hate to take it off the menu,” one said. “Too much government interference.” 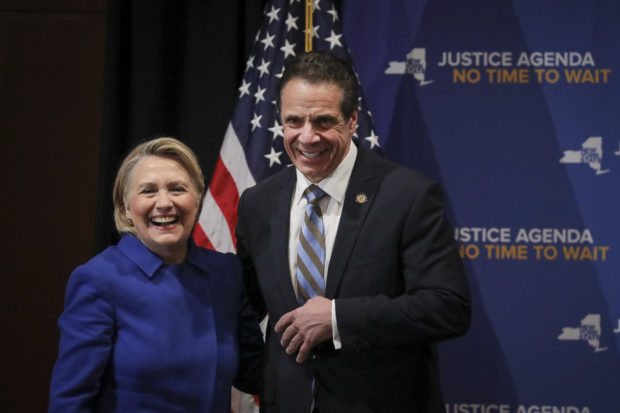 Meanwhile, the Reproductive Health Act, signed last month by Democratic New York Gov. Andrew Cuomo and strongly supported by Rivera and other New York City council members, removes the word abortion from the state’s criminal code and allows women to have abortions after 24 weeks when “there is an absence of fetal viability, or at any time when necessary to protect a patient’s life or health.”