The man suspected of gunning down 11 people at the Tree Of Life synagogue in October pleaded not guilty Monday to 16 new charges including hate crimes.

A federal grand jury charged Robert Bowers with 13 hate crime violations and six other charges at the end of January in addition to the 44 initial charges levied against him in connection with the shooting. Bowers appeared in federal court Monday to enter his plea with his attorney Judy Clarke, who hopes to avoid a trial and save Bowers from the death penalty. U.S. Attorney Scott W. Brady was not amenable to that idea. (RELATED: Grand Jury Charges Suspected Synagogue Shooter With 13 Hate Crime Violations) 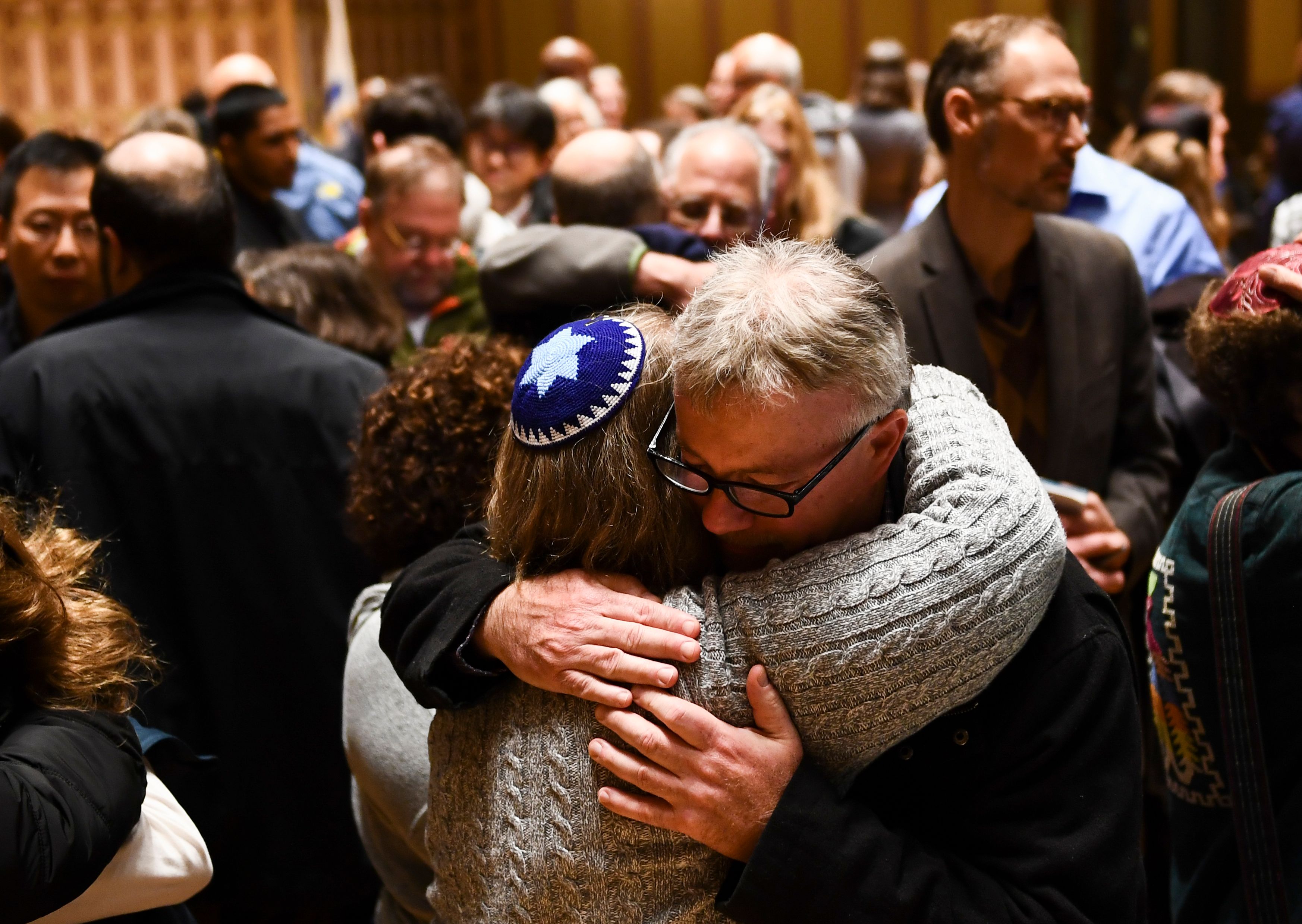 People hug after a vigil, to remember the victims of the shooting at the Tree of Life synagogue the day before, at the Allegheny County Soldiers Memorial on October 28, 2018, in Pittsburgh, Pennsylvania. (BRENDAN SMIALOWSKI/AFP/Getty Images)

“The defendant is charged with crimes that carry the maximum possible penalty of death. We are committed to seeking justice for the victims and their families in this case,” Brady said in a statement, according to The Associated Press.

The federal indictment against Bowers claims that he posted hostile anti-Semitic comments on social media prior to the shooting and that he told authorities that he wanted to “kill Jews” when they arrested him at the crime scene. He also reportedly yelled “All Jews must die” after entering the synagogue and opening fire.

If Bowers’ case does proceed to trial, it could take up to three weeks, according to Assistant U.S. Attorney Troy Rivetti.