Conservative immigration hawks in Congress are speaking out against a tentative deal on border wall funding reached by a bipartisan committee Monday.

The committee tasked with negotiating the deal in order to avoid a second partial government shutdown announced that they had reached an “agreement in principle” Monday evening. The deal reportedly includes $1.375 billion for a physical border barrier (not including a concrete wall) and limits overall detention beds maintained by Immigrations and Customs Enforcement (ICE). (RELATED: Democrats And Republicans Reach ‘Agreement In Principle’ On Border Security)

Conservatives in Congress are already blasting the deal, noting that it falls well short of President Donald Trump’s requested $5.7 billion in funding for a physical barrier.

The cap on detention beds is also a sticking point for immigration hardliners, as ICE needs funding for beds in order to detain illegal border crossers while they undergo immigration proceedings. GOP aides familiar with the deal told The Washington Post that ICE would have enough funding to maintain current detention levels and to add more beds if needed. 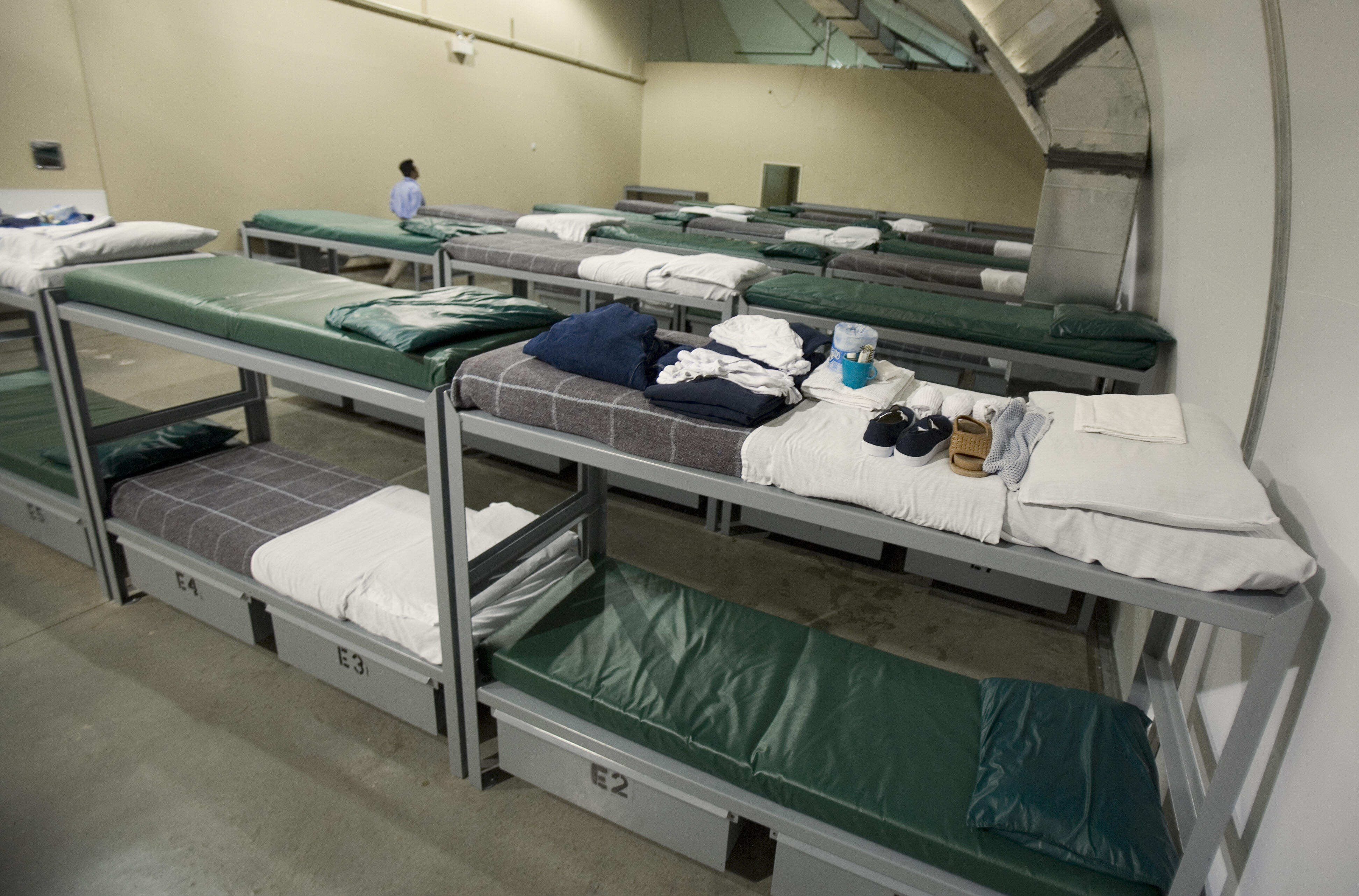 The detainee’s bunk beds are seen inside Homeland Security’s Willacy Detention Center, a facility with 10 giant tents that can house up to 2000 detained illegal immigrants, 10 May 2007 in Raymondville, Texas. AFP Photo/Paul J. Richards/Getty Images

A House GOP aide told The Daily Caller that the deal is a “pitiful excuse for a compromise” and accused Republicans on the bipartisan negotiating committee of getting “played.”

“Remember, the original number on the table [for the wall] was around $20-$25 billion. $5.7 billion was the compromise number, and they can barely provide 1/5 of that,” the aide said.

Ohio Republican Rep. Jim Jordan, a member of the House Freedom Caucus, was succinct in his criticism of the deal.

“While the president was giving a great speech in El Paso, Congress was putting together a bad deal on immigration,” Jordan tweeted, which was retweeted by Florida Republican Rep. Matt Gaetz.

While the President was giving a great speech in El Paso, Congress was putting together a bad deal on immigration.#DoWhatWeSaid

House Freedom Caucus Chairman Mark Meadows laid out his specific issues with the tentative deal in a series of tweets Tuesday.

This conference agreement is hardly a serious attempt to secure our border or stop the flow of illegal immigration. It kicks the can down the road yet again, failing to address the critical priorities outlined by Border Patrol Chiefs.

Congress is not doing its job.

Meadows pointed to the cap on detention beds, writing, “They are openly trying to hamstring law enforcement and make it easier for thousands of migrants (some with criminal records) to be released into the [United States].”

Democrats now want a hard cap on the number of beds at ICE detention facilities. How is that a serious or defensible position? They are openly trying to hamstring law enforcement and make it easier for thousands of migrants (some with criminal records) to be released into the US.

Meadows’ concerns about a cap on ICE-maintained beds echo those of current and former ICE officials, who say curbing their ability to detain people makes it more difficult for them to uphold current immigrant laws. ICE Deputy Director Matt Albence told WMAL last week that Democrats were capping detention beds as a “back door” to abolishing ICE.

In addition, Meadows slammed Democrats for failing to give the president his entire requested amount for a barrier and urged Trump to take “executive action” to get his wall.

Democrats applaud sending $1.8 billion to Iran under Obama but can’t even find that much to secure America’s border. If this is the best they can do, it’s obvious they have no interest in serious border security.

At this point it’s clear: POTUS should take executive action.

Arkansas Republican Sen. Tom Cotton has not reacted to the specific details released Monday. Over the weekend, however, he blasted Democrats for trying to reduce funding for detention beds, something that was reportedly omitted from the final deal.

According to government sources who spoke to the Caller on Tuesday, the White House is interested in signing the deal and using existing government funds through executive order to build the wall.

UPDATE (12:10 pm): This story has been updated to reflect more recent reporting on the agreement reached about detention beds.