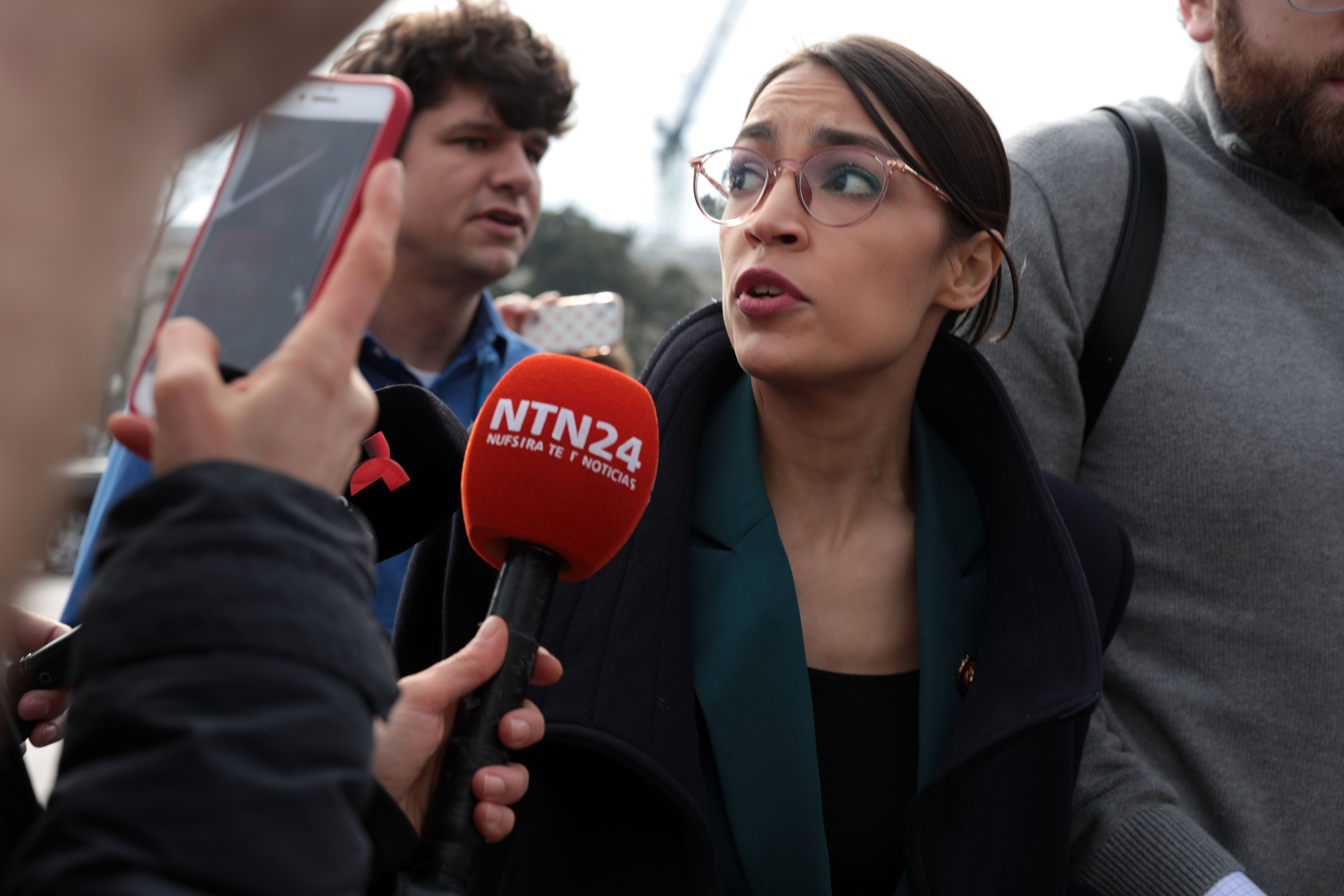 Followed by members of the media, U.S. Rep. Alexandria Ocasio-Cortez leaves a news conference at the East Front of the U.S. Capitol Feb. 7, 2019 in Washington, DC. (Photo by Alex Wong/Getty Images)

Trump criticized the deal for well over an hour as he whipped the crowd into a campaign-like fervor, referencing the growing socialistic tenancies of the Democratic Party, especially in the Green New Deal, which he said would cost over $100 trillion and force American companies out of the country on a path to China. (RELATED: Mark Steyn Ridicules ‘Totalitarian’ Green New Deal With Tucker Carlson)

“But I really don’t like their policies of taking away your car, taking away your airplane flights, of ‘Let’s hop a train to California,’ or ‘You’re not allowed to own cows anymore!'” Trump joked, in reference to Ocasio-Cortez’s much-ridiculed line about “farting cows” that produce too many greenhouse gasses.

The first draft of the deal’s details contained numerous gaffes, forcing the congresswoman’s staff to remove it from their website from an overhaul. (RELATED: Trump Tells Democrats To Embrace Ocasio-Cortez’s Green New Deal)

Ah yes, a man who can’t even read briefings written in full sentences is providing literary criticism of a House Resolution.

(“Reading the intelligence book is not Trump’s preferred ‘style of learning,’ according to a person with knowledge of the situation.”
– @washingtonpost) https://t.co/O7daeYlXZO

Trump also took time to acknowledge another rally in El Paso, where Texas Democratic Rep. Beto O’Rourke was addressing the party faithful. Trump dismissed the potential presidential candidate who lost a Senate bid to Republican Sen. Ted Cruz as “a young man who has got very little going for himself except he’s got a great first name.”