Democratic Minnesota Rep. Ilhan Omar on Wednesday snapped at a CNN reporter who tried to ask her about the fallout over her recent comments blaming Jewish political donors for Republicans’ support of Israel.

President Donald Trump said Tuesday that Omar should step down either from Congress or the House Foreign Affairs Committee, and called Omar’s apology for the comments “lame.”

The congresswoman on Wednesday shot back a tweet that accused the president of “trafficking in hate,” but then dodged questions twice when asked about it by CNN’s Manu Raju.

“Rep. Ilhan Omar in no mood to talk about her controversies this week. First, she said: ‘No thank you’ when asked to comment on Trump saying she should resign. Second time I saw her, she yelled: ‘Are you serious?’ when I tried to question her,” Raju wrote on Twitter. “What’s wrong with you,” the congresswoman reportedly asked him. (RELATED: Ilhan Omar Gave Interviews To Host Who Called Israel ‘Jewish ISIS’ And Compared Hamas To Holocaust Victims) 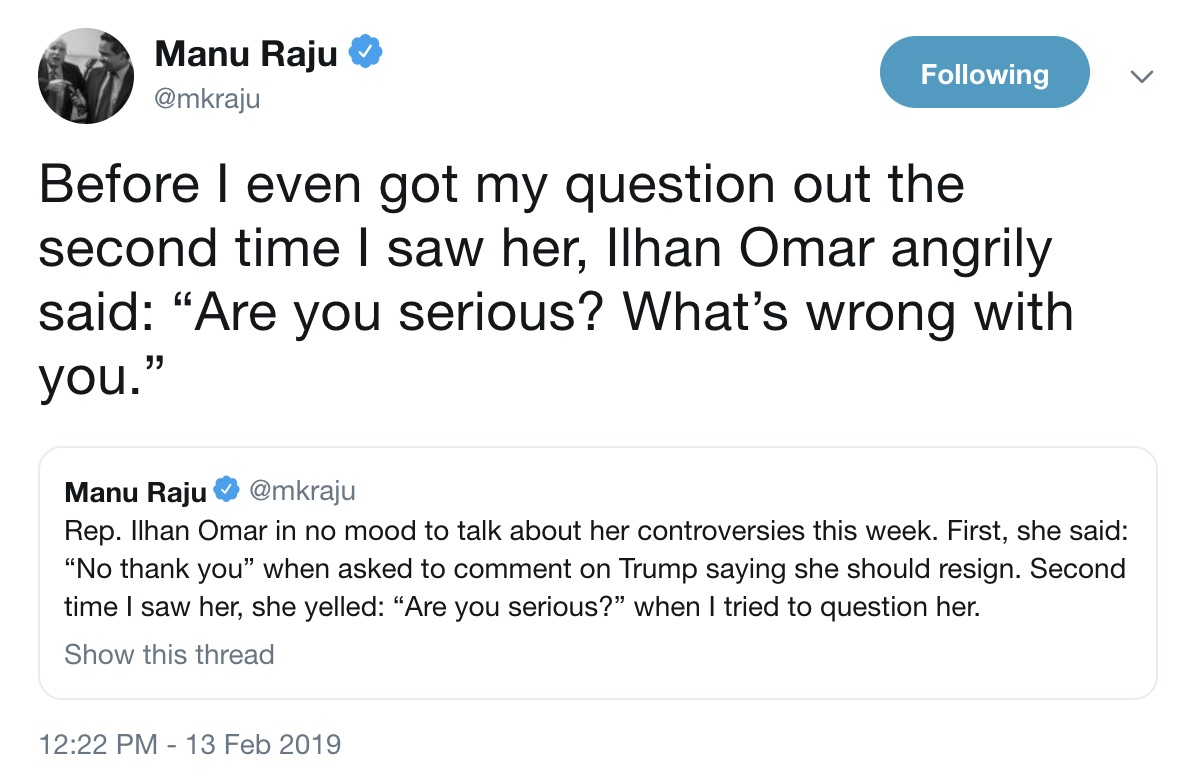 Omar, who has been known to be cold towards reporters in the past, has come under fire for some of her statements about Israel since taking office.

It’s all about the Benjamins baby ???? https://t.co/KatcXJnZLV

In a January interview, she said she “almost chuckle[s]” when Israel is upheld as “a democracy in the Middle East.”

“Israel has hypnotized the world, may Allah awaken the people and help them see the evil doings of Israel,” she wrote in one 2012 tweet. Omar first defended the tweet, but later apologized.