Children two-years-old and younger watched more than twice as much TV in 2014 than in 1997 even with the rise of technology like smartphones and tablets, according to study published online Monday.

Screen time in 1997 was time spent on any activity while watching TV shows, videotapes, electronic video games and computers. Cell phones, smartphones, tablets, electronic readers, and children’s learning devices got added to the list in 2014, according to the study.

“I was surprised, because I thought the screen time increase would be driven by the time spent on mobile devices,” head researcher and Florida International University assistant professor Weiwei Chen told The Daily Caller News Foundation over email. “Instead, I find a large increase in the time spent on TV. And TV was still the dominant screen device among the studied young children in 2014.”

Chen added that more recent data might show “the time children spent on mobile devices today is probably more than that in 2014.” (RELATED: Survey: More Than 50 Percent Of Teens Want Lenders To Forgive $1.5 Trillion In Student Loan Debt)

Lee Humphreys, an associate professor of Communication at Cornell University, said one of the reasons children could have watched more TV in 2014 was there were more TV channels geared toward kids than in 1997. Shows are also faster paced than before.

Whether increasing screen times is harmful to children is still debated, however.

The first wave of data from the National Institute of Health (NIH) study found kids exposed to screens — like those on smartphones and tablets — for more than two hours a day had lower scores on language and thinking tests.

Dr. Dimitri Christakis, lead author of the American Academy of Pediatrics guidelines on screen time, also discovered infants under two were more vulnerable to smartphone addiction than teenagers because the “experience of making something happen is so much more gratifying to them [infants],” “60 Minutes” reported in December 2018. 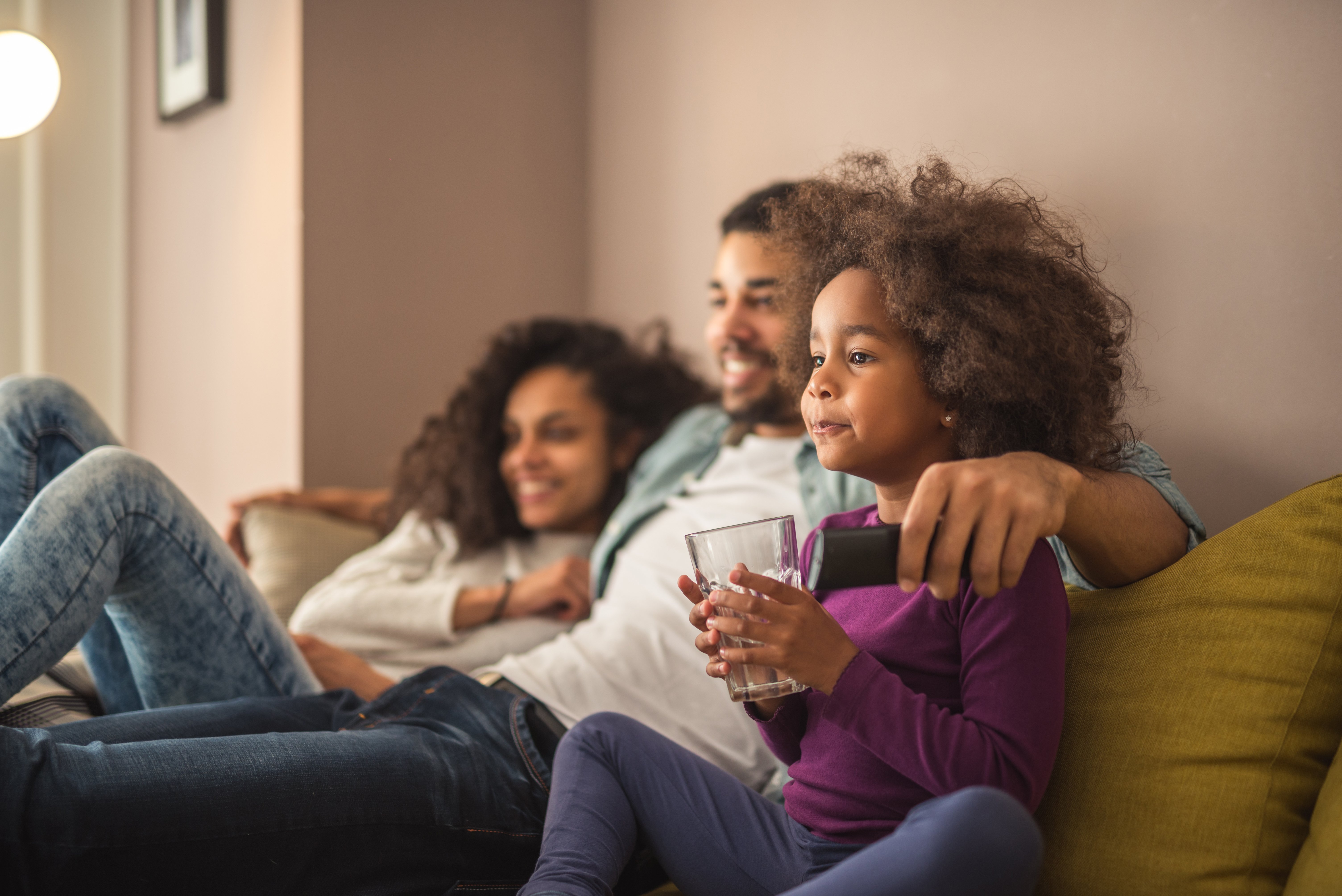 Pictured is a family watching TV together. SHUTTERSTOCK/ bbernard

Humphreys, however, said more media exposure does not have to be negative, especially if parents are watching the shows with their children.

“The content available to them [kids] is actually, relatively, gotten a lot better in terms of its educational value,” Humphreys said.