The Green New Deal calls for upgrading every existing building in the U.S. to “maximum energy efficiency” within 10 years, but how much would that cost Americans to just replace common household appliances?

It would cost nearly $244 billion, according to a rough cost estimate put together by the Consumer Energy Alliance (CEA), a ratepayer advocacy group. The group looked at the cost to replace natural gas-fueled furnaces, water heaters, stoves and dryers present in tens of millions of U.S. homes.

“Many common household appliances including furnaces, water heaters, stoves and dryers are powered by abundant, affordable energy resources including natural gas, which the proposal aims to eliminate,” Holt said.

For perspective, replacing “greening” common appliances would dwarf the economies of entire states, including Oregon, South Carolina and Kentucky. The cost is also more than the gross domestic product of many countries, like Vietnam and Romania. (RELATED: Green Raw Deal? Cities And States Scale Back ‘Green’ Ambitions As Costs To Taxpayers Rise) 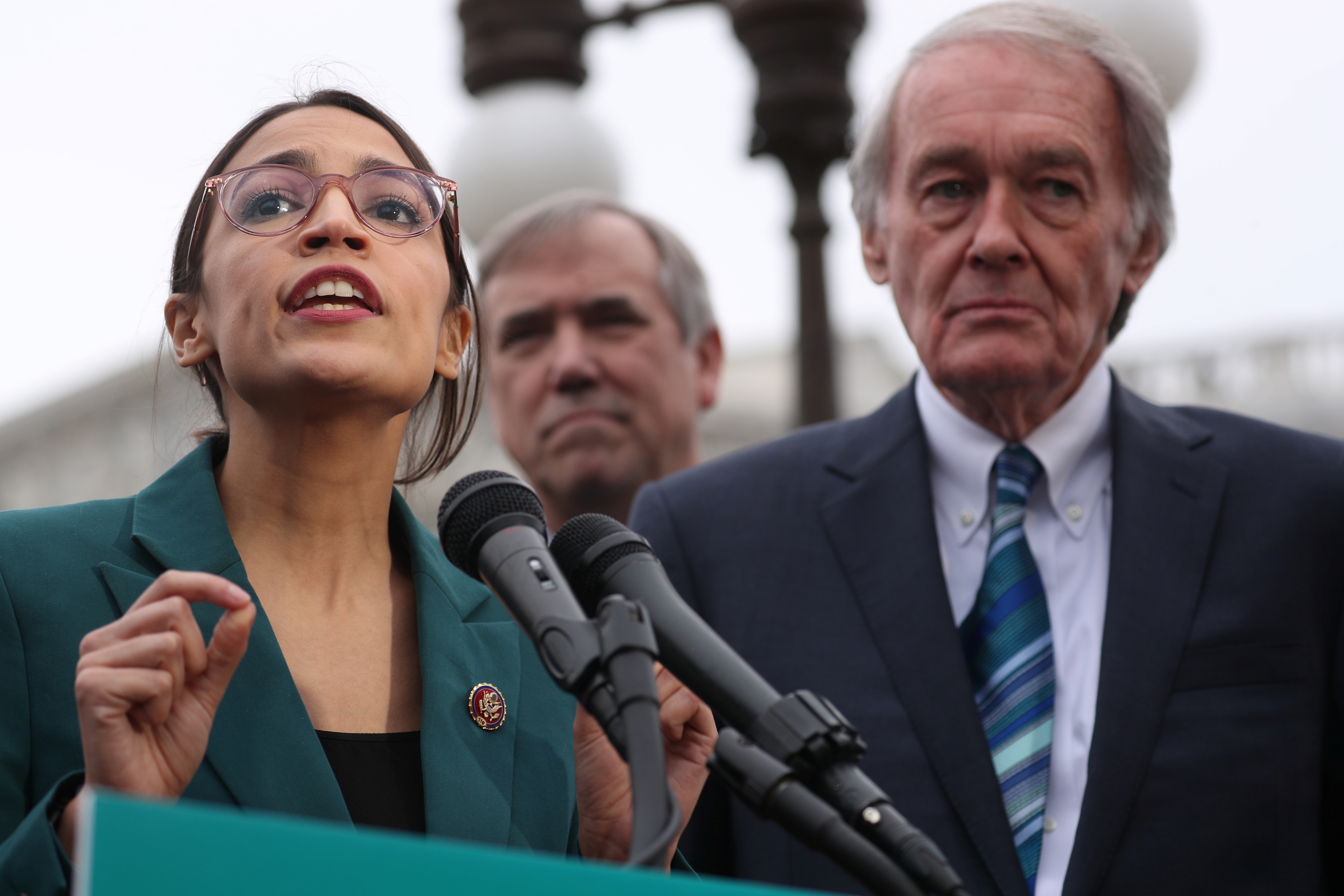 The Green New Deal aims to move the U.S. to “net-zero greenhouse gas emissions” within 10 years while also calling for a slew of welfare and “social justice” programs aimed at “repairing historic oppression” of certain groups.

The resolution also calls for “upgrading all existing buildings in the United States and building new buildings to achieve maximum energy efficiency, water efficiency, safety, affordability, comfort, and durability, including through electrification.”

It’s difficult to put a cost on upgrading every building. The federal government does keep data on household appliances, including furnaces and air conditioners. CEA multiplied the number of homes with certain natural gas appliances by average installation costs.

While gas appliances are often more efficient and cost-effective, the Green New Deal’s call to cut emissions likely mean those appliances would need to be replaced with electric ones. 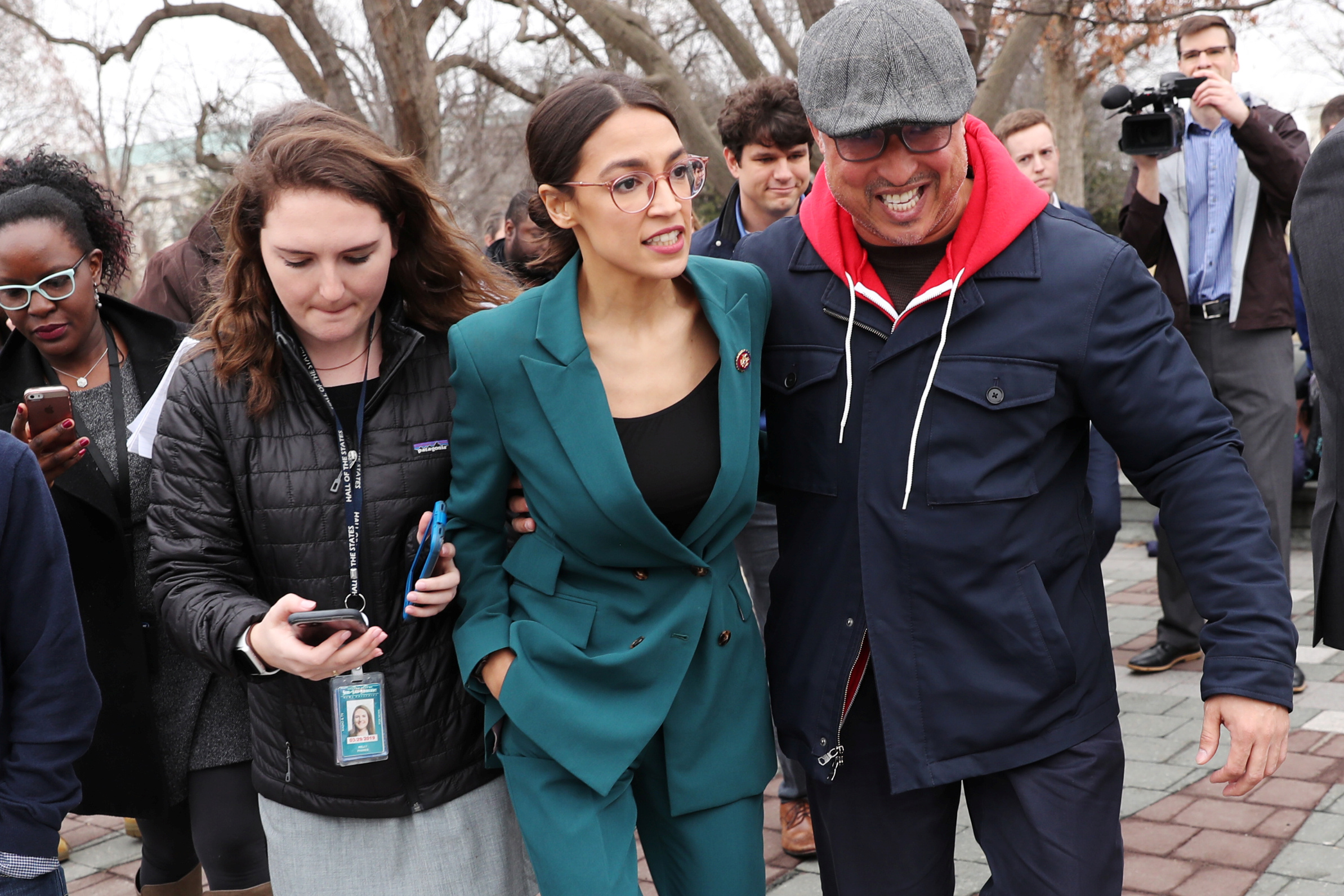 U.S. Rep. Alexandria Ocasio-Cortez moves through a group of reporters after a news conference for the proposed “Green New Deal” to achieve net-zero greenhouse gas emissions in 10 years, at the U.S. Capitol in Washington, U.S., Feb. 7, 2019. REUTERS/Jonathan Ernst

This doesn’t include the cost of replacing coal and gas-fired power plants with renewables and other zero-emissions sources, which could cost anywhere from $5 trillion to $40 trillion. Not getting rid of fossil-fueled power plants could make electric appliances drive more emissions.

The Green New Deal is meant to be a litmus test for 2020 candidates, but the proposal has got Republicans confident about their chances in the next election cycle.

Many Republicans derided the plan as “socialist,” and Senate Majority Leader Mitch McConnell wants to bring it to a vote in the Senate — that’s how sure he is it will fail.