New York Rep. Alexandria Ocasio-Cortez’s “Green New Deal” is meant to be a litmus test for 2020 candidates, but it may turn into a boon for Republicans.

The Green New Deal, which calls for an unprecedented expansion of government power to fight global warming, allows Republicans to wage war against “socialism” that’s backed by Democratic presidential contenders.

“Every Republican in the country should get on their hands and knees and thank Alexandria Ocasio-Cortez,” Andy Surabian, a former White House official, told Axios.

Wall Street Journal columnist Kimberley Strassel quipped that Ocasio-Cortez was the GOP’s “secret weapon for 2020.” All Republicans have to do is “sit back” and watch the freshman Democrat “exist.” (RELATED: Ocasio-Cortez Bungled Green New Deal’s Release. Her Staff Took Its Webpage Offline)

“The Democrats seem oblivious to its power. And the GOP needn’t lift a finger for it to work,” Strassel wrote in a Thursday night column.

Axios reporter Jonathan Swan told Fox News Thursday that “it’s like Christmas and Hanukkah and every other holiday has arrived” for President Donald Trump’s team. 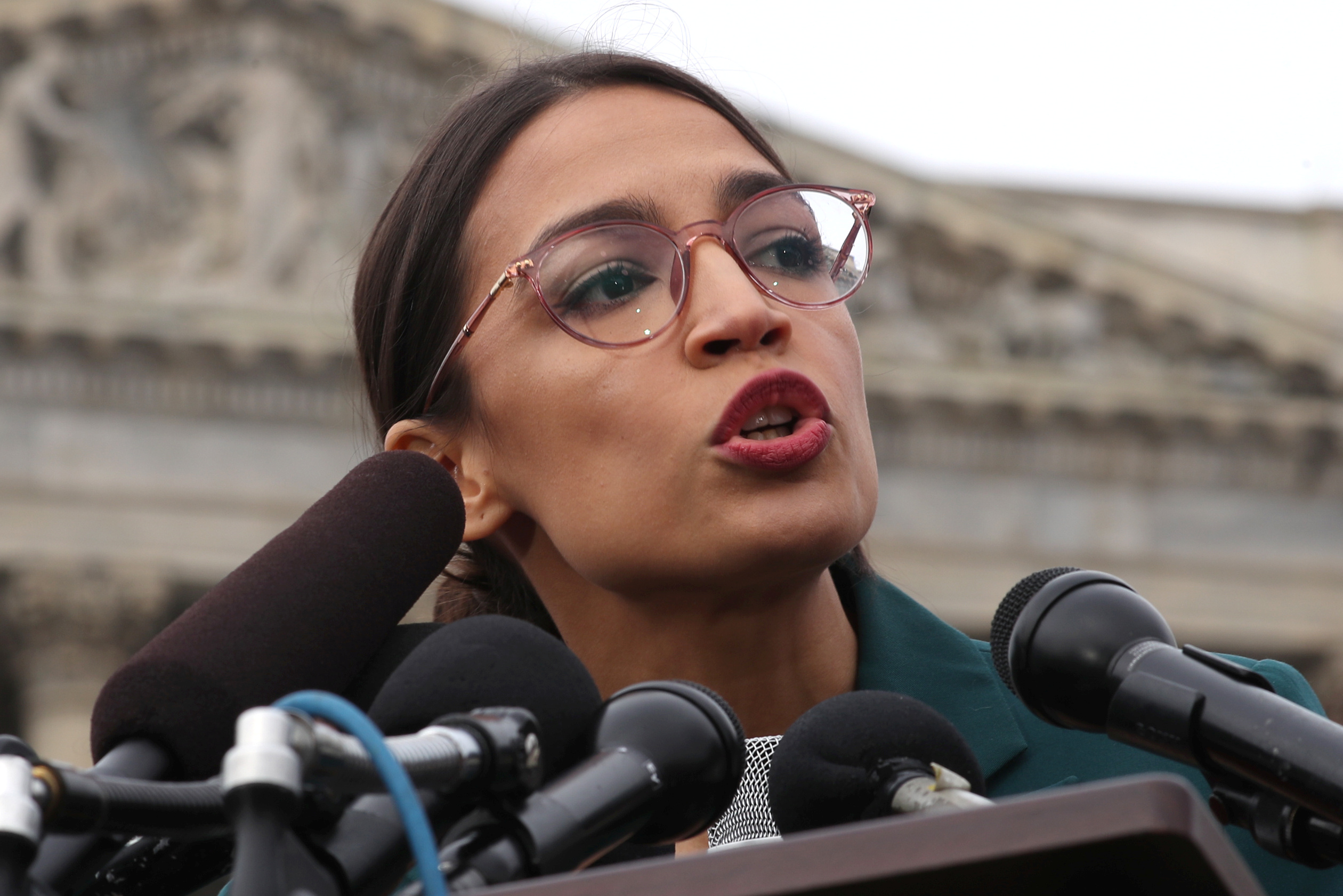 U.S. Rep. Alexandria Ocasio-Cortez participates in a news conference to call on Congress to cut funding for Immigration and Customs Enforcement at the U.S. Capitol in Washington, U.S., Feb. 7, 2019. REUTERS/Jonathan Ernst

“I’ve never seen them so joyful and full of glee,” Swan said. “They’re gonna elevate this and talk about it til the cows come home.”

Ocasio-Cortez also bungled the Green New Deal’s rollout, including calls to eliminate “farty cows,” air travel and hand out welfare to those “unwilling to work,” which fueled Republican criticisms of the proposal.

“Democrat socialists made clear today that they want to use climate change as a means to abolish capitalism and implement massive taxation, expropriation and government control,” Arizona GOP Rep. Paul Gosar said of the Green New Deal.

“I hope I wake up out of this twilight zone,” Bishop said. 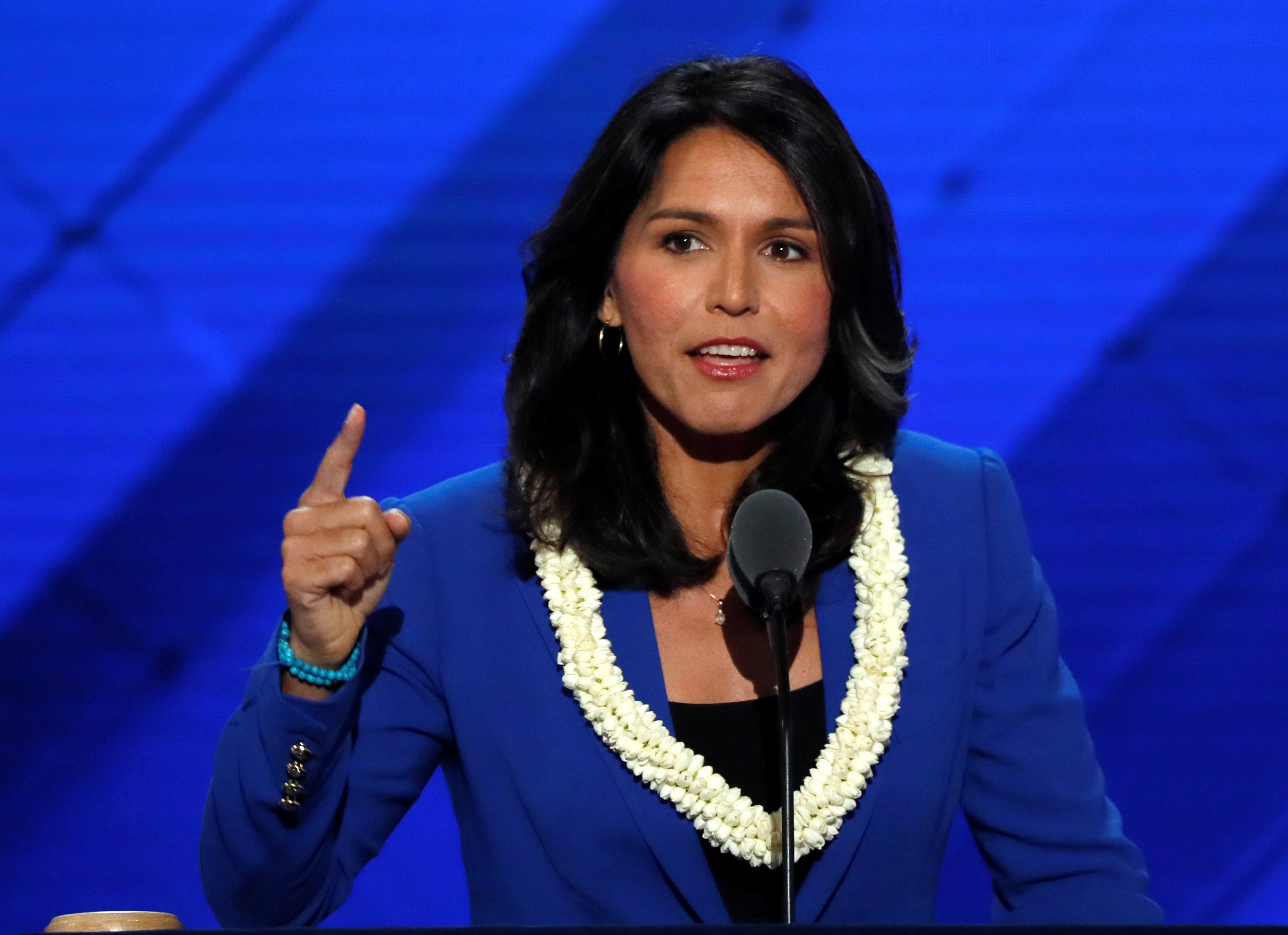 Ocasio-Cortez, a self-described democratic socialist, is seen as a rising star in the Democratic Party.

However, Democrats are far from united on this. House Speaker Nancy Pelosi dismissed the Green New Deal as a mere “suggestion,” not a centerpiece of her party’s agenda.

“I echo President Trump’s statement from the State of the Union Address: ‘America will never be a socialist country,'” Arizona GOP Rep. Andy Biggs said in a statement addressed to Democrats.

Trump condemned socialism in his Tuesday night speech to thunderous applause from Republicans. Most Americans seem to back that sentiment — a CBS poll found 76 percent of Americans who watched the speech approved of it.