Independent Vermont Sen. Bernie Sanders kicked off his campaign for the presidency Tuesday as the leading candidate for the Democratic ticket in 2020.

He has been consistently polling as the top contender behind former Vice President Joe Biden, who has yet to reveal his presidential aspirations. Of the candidates who have officially entered the race, Sanders has been leading the pack for months.

The self-proclaimed democratic socialist is significantly ahead in the polls compared to his fellow Democratic presidential hopefuls, according to Real Clear Politics’ average of polls. Sanders is nearly seven points ahead of California Sen. Kamala Harris on average and nine points ahead of Massachusetts Sen. Elizabeth Warren.

Sanders unsuccessfully ran a 2016 presidential campaign on the Democratic ticket. Although his run was initially considered a long-shot bid, Sanders won 23 primaries and caucuses. He also won more than 45 percent of pledged delegates, compared to challenger Hillary Clinton’s 54 percent.

Sanders is no longer an unknown candidate; he has a ready-made network of staff and volunteers and maintains a loyal grass-roots organization across the country. However, he faces an extensive playing field that has largely veered to the progressive left. (RELATED: Allegations Of Sexual Harassment And Sexism In Bernie Sanders’ 2016 Campaign Are Coming To Haunt His 2020 Chances) 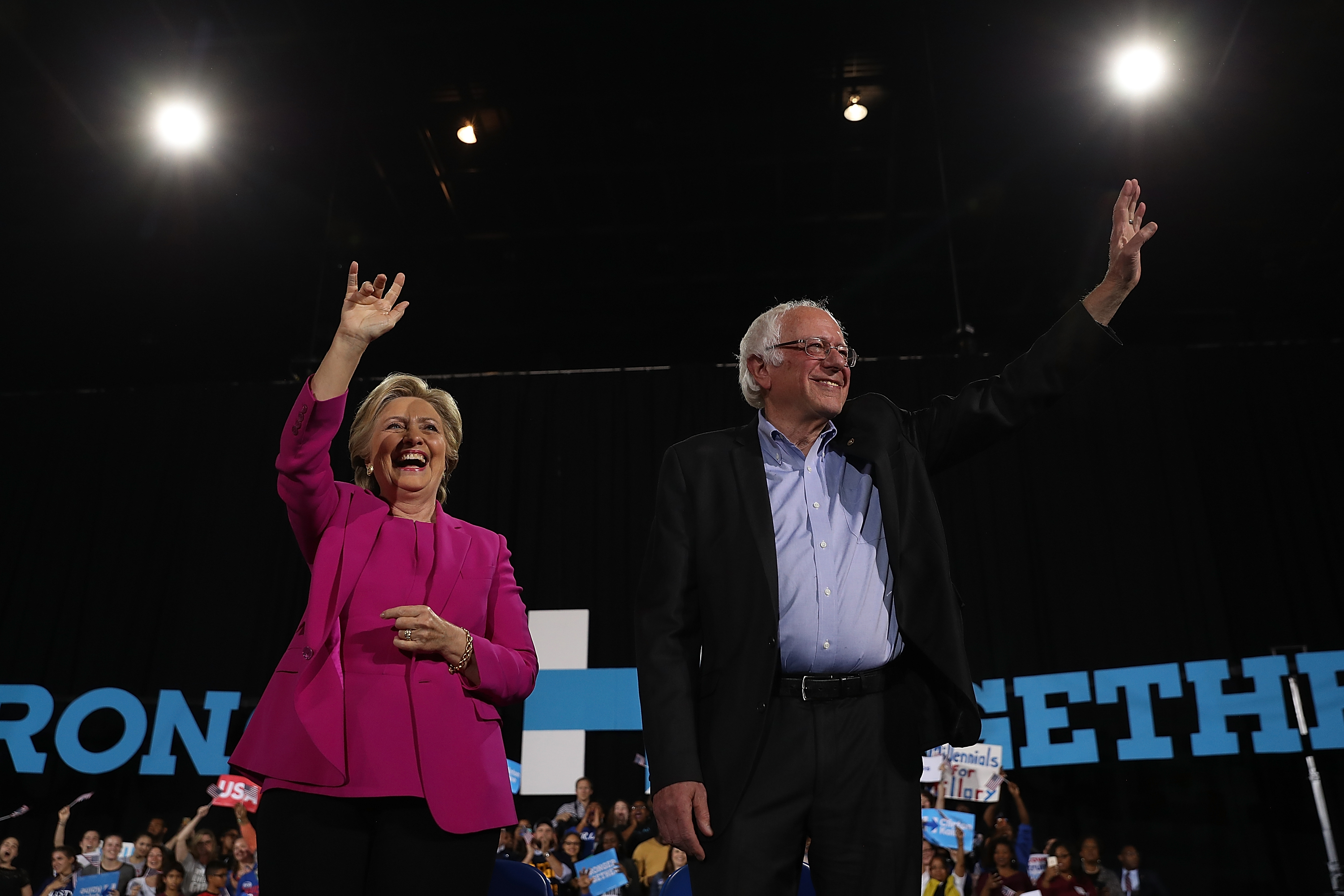 Sanders has a proven capacity to generate enormous campaign donations, particularly with small-dollars, which was highlighted during his previous run.

His fundraising ability was further demonstrated by a massive influx of campaign cash hours after his 2020 announcement on Tuesday — the Sanders campaign raised almost $6 million from roughly  223,000 people by the day’s end, according to Roll Call. Comparatively, Harris took in $1.5 million in 24 hours and Democratic Minnesota Sen. Amy Klobuchar hit the $1 million mark in 48 hours.

At the end of the 2016 election cycle, Sanders out-raised Clinton by just under $700,000, despite the former Secretary of State’s massive political operation. His campaigned raised at least 50 percent more donations than Clinton each month in 2016, reported CNN.

The Vermont senator disclosed in November 2018 he will “probably” run for president if another candidate does not emerge who is more likely to beat President Donald Trump in 2020. But Sanders and his advisers have been meeting as far back as December to begin laying the foundation for an even more expansive campaign than he had during his first presidential run.

“This time, he starts off as a front-runner, or one of the front-runners,” Sanders’ 2016 campaign manager Jeff Weaver said in December. “It’ll be a much bigger campaign if he runs again, in terms of the size of the operation.”